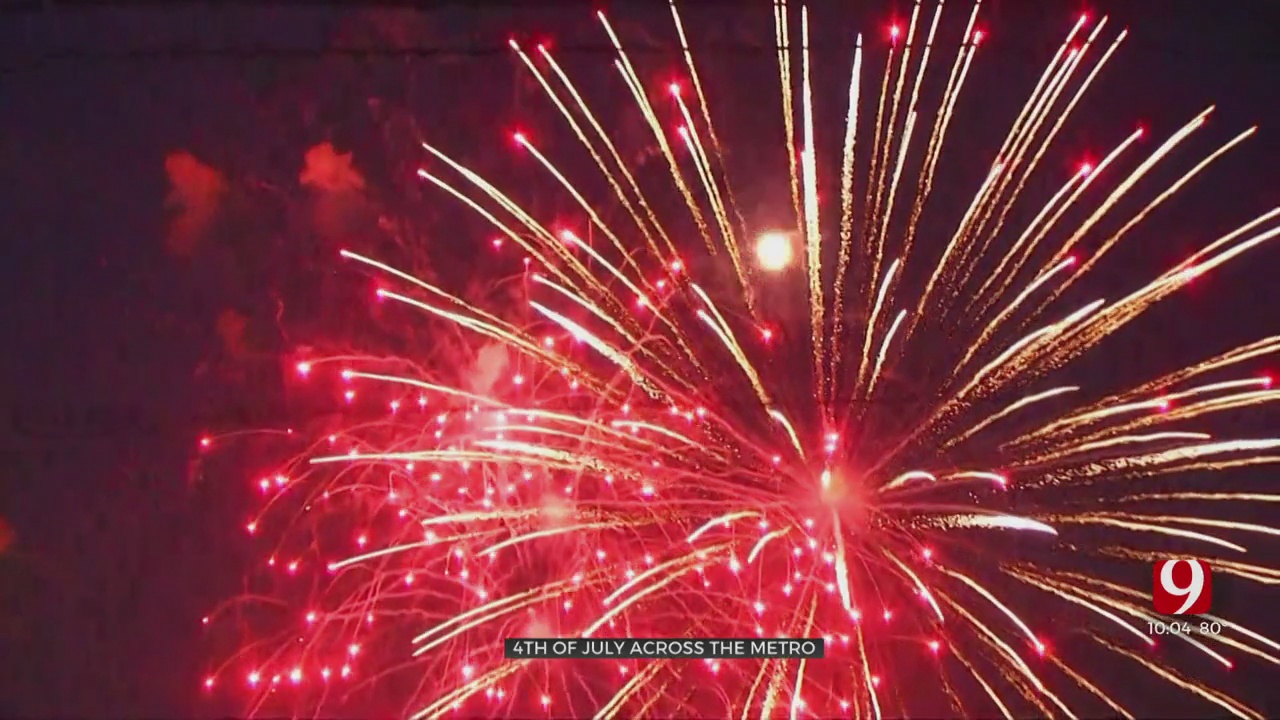 After a year of cancellations, Oklahomans took full advantage of the holiday weekend with several food trucks, live music and taking in fireworks.

"Being able to do things with families, and people that we live within the community," resident Heather Staley said.

Several cities across the metro put on firework shows Sunday night, including Moore, who held its annual event at Buck Thomas Park.

"The firework show's amazing,” Staley said. “It's big. It goes for a long time. There's music that goes along with it, so it makes it really fun and enjoyable.”

Others also put on events, including Oklahoma City police officers who took part in a neighborhood parade earlier Sunday.

There were also large crowds in attendance at Reaves Park in Norman.

"Just to come out and have fun and see the fireworks, this is our first time out here," resident Jaci Walker said. "It's nice to be with community and people again."

Walker said her family drove in from Lawton to see Bricktown's block party in front of Chickasaw Bricktown Ballpark.

Residents said a day like this is what we've been working towards over the last year. Others said they believed having these events is critical for these cities.

"I think things like this kind of help it," Staley said. "It draws out a lot of families and stuff. I think it's super important."