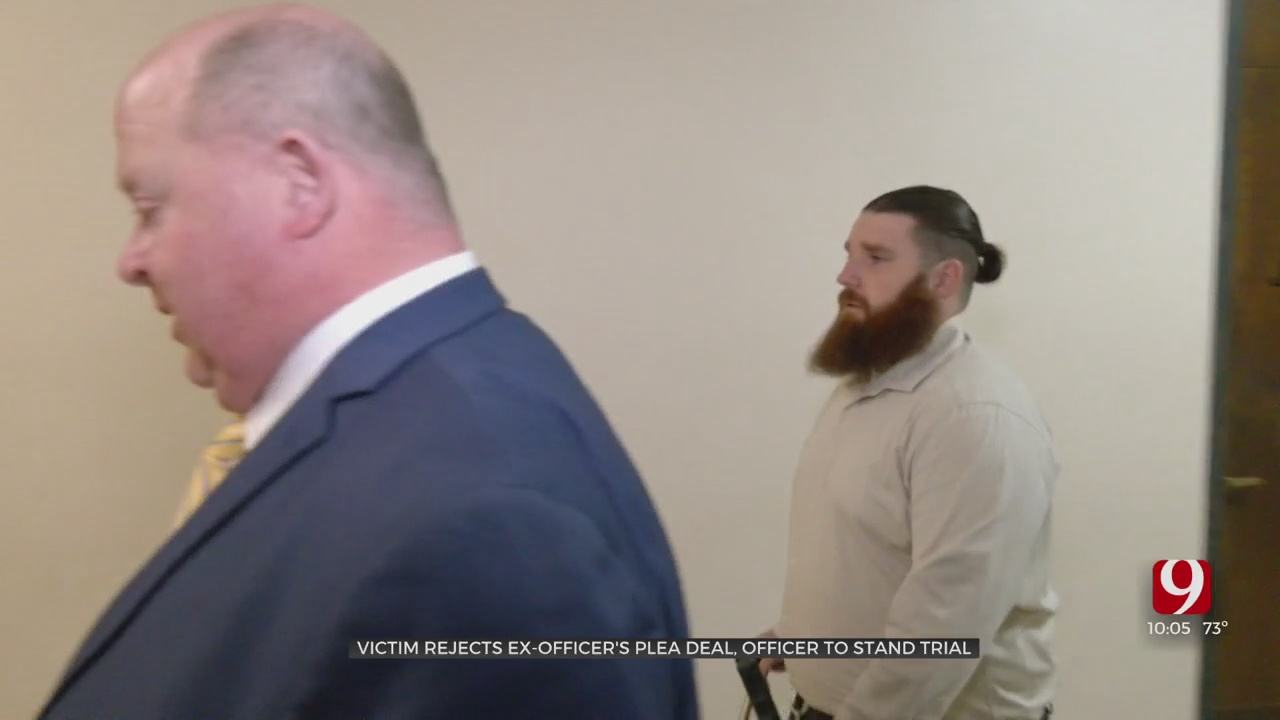 A former Seminole police officer learned Thursday a case against him is heading to trial after not reaching a plea deal.

Zachery Dennis, 33, is accused of strip searching and taking nude photos of Genea Wyrick during a January 2018 traffic stop near the intersection of Broadway and Boren in Seminole as traffic passed by.

A complaint was filed with the Seminole Police Department shortly after the incident.

“He just took advantage of the situation completely,” Wyrick said. “He took pictures of me that were lewd, of me half naked and whatnot.”

Wyrick was a passenger in a vehicle driven by a friend who was pulled over by Dennis, arrested and taken to jail for traffic violations.

According to court records, while waiting on a wrecker, Wyrick told investigators Dennis said she needed to ‘stop hanging around stupid people, and she needed to confide in people like himself.’

After discovering a piece of jewelry in her bra, Wyrick said Dennis wanted to conduct another search of her person with his cell phone or be taken to jail.

Wyrick said Dennis made her lift her shirt and expose her breasts, then told her to pull her pants down to expose her private areas while he took a photo.

She said she complied because she did not want to go to jail.

“It was shocking, it was really embarrassing,” Wyrick said. “I was really surprised that that situation even happened. I didn’t think a police officer would do something like that.”

The former Seminole officer admitted to investigators he took photos on his cell phone, but later deleted them ‘because he knew it was wrong to take them,’ court documents revealed.

Dennis claimed, in court records, Wyrick was posing for the photographs he took, and he believed Wyrick was under the influence.

A jury will decide Dennis’ fate in a trial scheduled to begin November 29. Wyrick said she hopes it includes prosecution to the fullest extent of the law.

“I don’t think that all police officers are bad, I just think that some take advantage of situations,” Wyrick said.

Wyrick has also filed a lawsuit against the City of Seminole in civil court.