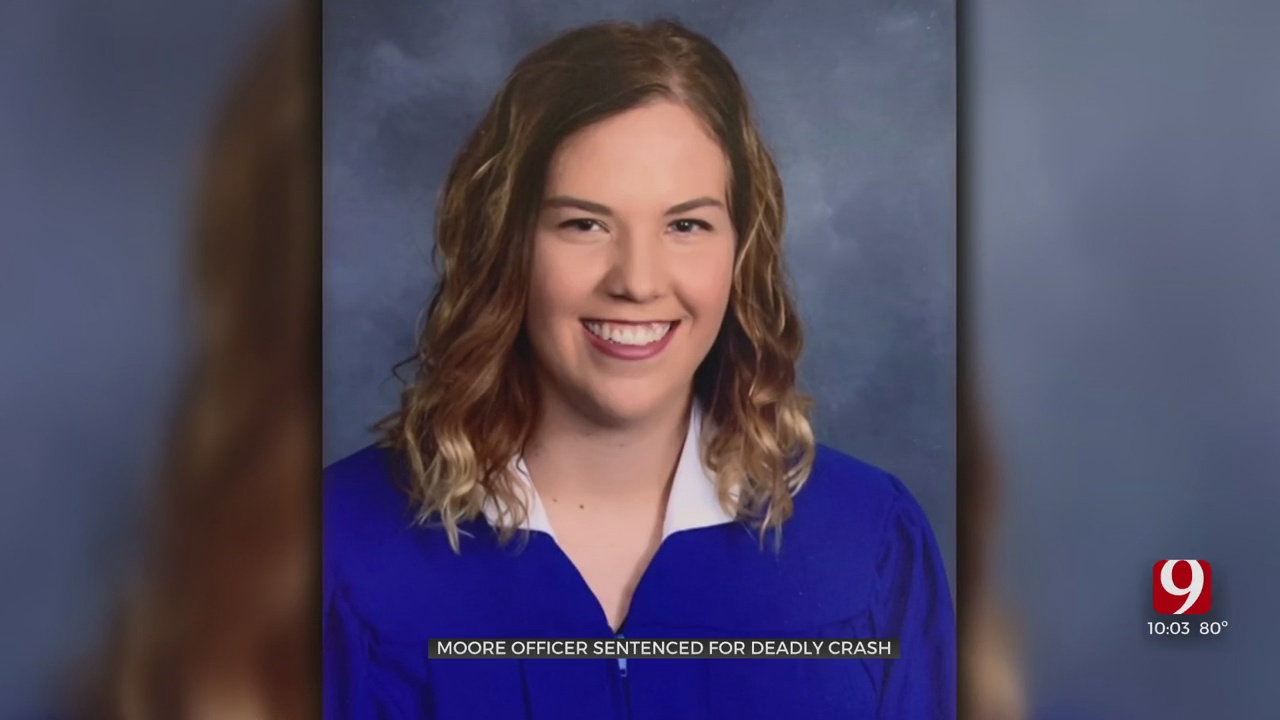 Emily Gaines' family is one step closer to healing after a Moore police officer was sentenced for killing her.

Kyle Lloyd will spend half of that sentence behind bars and the other half on probation.

Her family said the 18-year sentence is a sigh of relief and much needed justice after over a year of heartbreak.

“It was heart wrenching. The hardest thing I’ve had to do next to burying my child,” said Dana Gaines, Emily’s mother.

Emily’s loved ones gathered in the Cleveland County courthouse Wednesday.

“She was sassy, she was salty, she was sweet, she was accepting of anyone that came to her path. She was the exact human you wanted to be a part of your life,” said Lynn Herbel, Emily’s former choir director.

Her mother gave an emotional testimony and prayed for justice.

Lloyd hit and killed Emily in December 2019. He crashed into the teenager’s vehicle while driving 96 mph in the 50 mph zone of Southeast 134th and Sooner Road.

“It was very hard. I was just hoping the judge was listening and understanding what Emily meant to us and to everyone,” said Dana.

Cleveland County Judge Jeff Virgin said it was the saddest case he has had, before sentencing Lloyd to 18 years for first-degree manslaughter.

The number 18 serving as a daily reminder for Lloyd of how old Emily was when she died.

“Her memory won't be forgotten, and her death wasn't in vain,” said Gaines.

The Moore police chief released a statement saying the department “feels sorrow for everyone involved.”

They are in the process of an internal investigation and as of right now Lloyd is still employed with the department.

His sentence will be up for review in a year. Emily's mother says she will be back in the court room for that hearing.