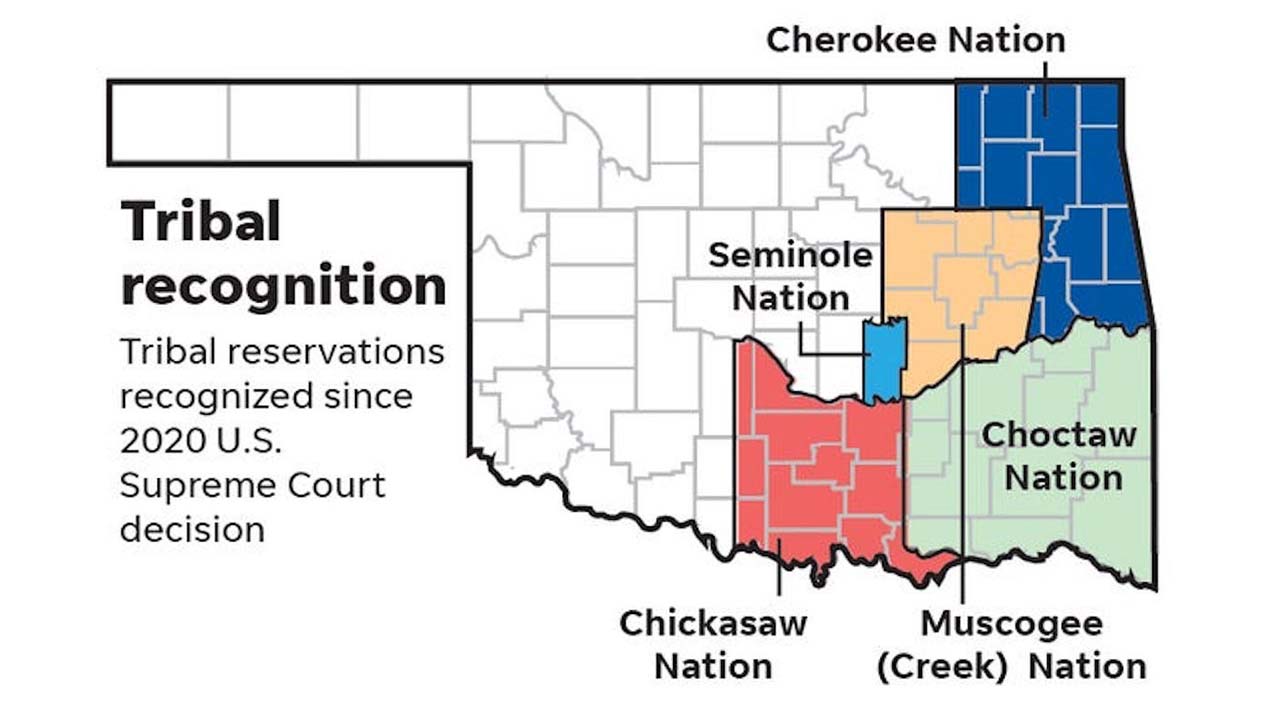 A conclusion to negotiations is on the horizon between Washington County and Cherokee Nation officials about the handling of tribal detainees, but uncertainty remains as officials navigate the implications of the U.S. Supreme Court’s 2020 decision in McGirt v. Oklahoma.

On April 2, the county and tribe entered a 90-day contract as discussions continued about the tribe’s sovereign immunity. With the deadline of that agreement approaching, officials on both sides said discussions have gone well, with a final agreement likely to be reached in late July or early August.

The Cherokee Nation Tribal Council approved a preliminary limited waiver of sovereign immunity in a Wednesday meeting, but it will not be final until a full council vote in July, said Cherokee Nation Attorney General Sara Hill.

Previously, the tribe opposed the move, with Hill saying it was not part of other agreements. Washington County District Attorney Kevin Buchanan said the waiver would be important for the county’s ability to address any breach of contract on the tribe’s part.

The agreement outlines how detainees in crimes involving tribal citizens are handled by non-tribal law enforcement, with the Washington County Sheriff agreeing to hold the person in the county detention center and coordinate with the Cherokee Nation Court in Tahlequah.

Since February, the Cherokee Nation has filed more than 1,100 cases referred to it based on the new jurisdictional guidelines. To handle the influx, the tribe has increased staff, hiring six new prosecutors, eight new marshals and appointing two additional judges

“We think the initial influx has probably peaked, but we expect a heavy caseload for the foreseeable future. We are still working with local law enforcement to identify new and old cases on the reservation,” Hill said.

As prosecutors sift through the heavy caseload, they are prioritizing cases where defendants are currently in custody, she said.

While the detention agreement is important, Buchanan said many questions brought by the McGirt decision have yet to be resolved.

“If anything, every day we learn something else we’re not sure about. There is lots and lots of uncertainty yet to be resolved. This jail contract has nothing to do with the uncertainty with what McGirt means and doesn’t mean,” Buchanan said.

While new arrests are being handled under the terms of the detention agreement, cases that took place before the Cherokee Nation’s reservation boundaries were upheld are largely on hold while two major cases are heard in higher courts.

The U.S. Supreme Court is considering Oklahoma vs. Bosse, the outcome of which will determine how jurisdiction is handled in cases where the victims are tribal members but the defendant is not. The timeline for that decision is uncertain.

Meanwhile, the Oklahoma Court of Criminal Appeals is considering Wallace vs. State, the outcome of which will determine whether the McGirt ruling can be applied to cases before the Supreme Court decision occured.

Buchanan said if the McGirt ruling is determined to not apply retroactively, it would resolve numerous appeals to dismiss previous rulings on jurisdictional grounds and prevent related lawsuits, such as for court costs to be refunded from those cases.

“We kind of hit a waiting time here because those two decisions could make a lot of difference on what happens with cases in the past and cases going forward,” Buchanan said.

“Both of those cases and courts could make decisions that would be greatly affecting the criminal justice issues that we’re facing, so we’re all pretty anxious to see what happens in those.”

In the meantime, Buchanan said managing current cases with tribal citizens has been a daily problem, adding to his office’s workload despite managing fewer cases.

Recently, a tribal member was arrested in the county for a DUI. The person, who had prior felony DUI convictions, was released using the Cherokee Nation bond schedule and arrested for another DUI two days later.

He was again released on bond.

“When we have a serious public safety problem with an individual that this office can’t prosecute, I’m on the phone, typically to federal authorities or tribal authorities, trying to impress upon them the importance of them doing their job to protect our community,” Buchanan said.

Gov. Kevin Stitt has frequently cited the McGirt ruling as the source for criminals being returned to the streets at alarming rates.

While implications of the McGirt ruling remain uncertain and the Cherokee Nation scales its operations to adjust, Hill said the tribe and federal government are actively prosecuting new crimes and assessing old convictions.

“While we can’t say no criminal will ‘go free’, we are not seeing anything close to the numbers Gov. Stitt has predicted and we are aware of only a handful of cases that could not be retried by either the tribe or the United States,” Hill said.