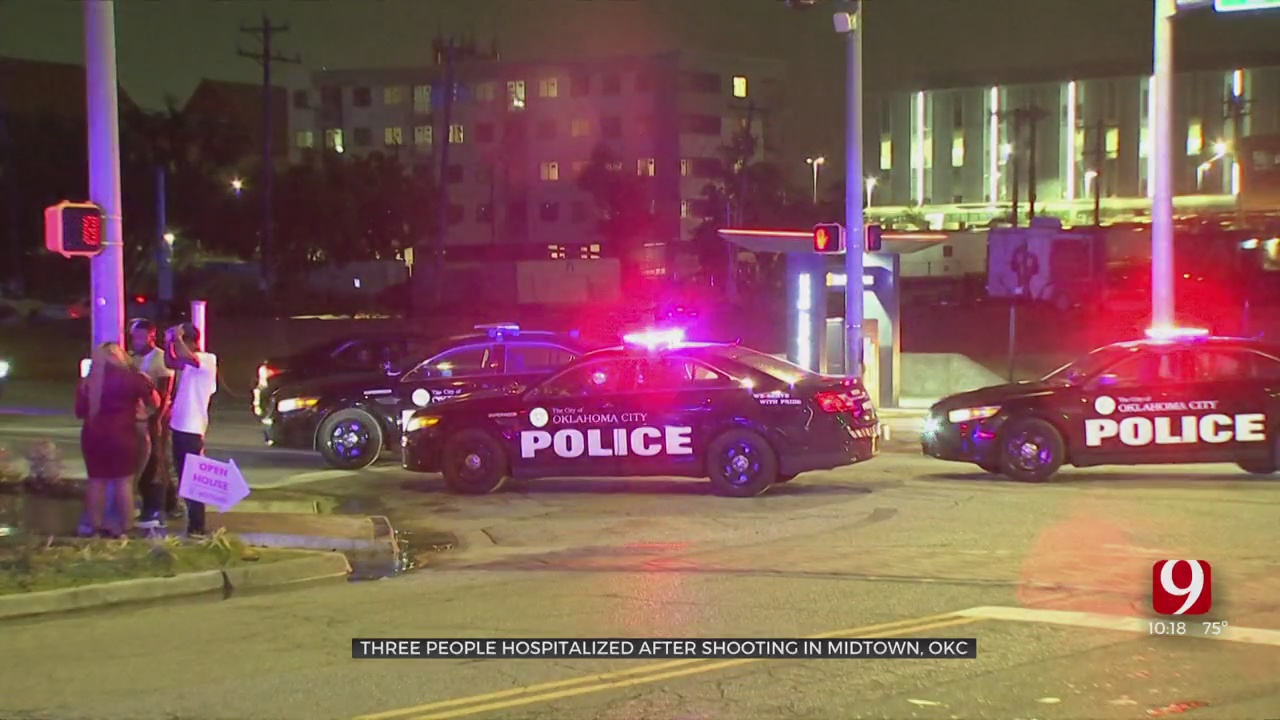 Just after 1 a.m. Sunday, officers received a 911 call of shots fired in the Midtown area.

"It was almost shocking," resident Aspen Neely said. "I got chills on me to know I just live literally minutes away."

Shortly after the shooting, police said two of the victims arrived at St. Anthony's Hospital where one is listed in critical condition. A third shooting victim later arrived at the hospital.

The incident happened close to several bars during a typically busy time of the night with hundreds of people in the area.

Neely said she was out earlier that night, not far from where the shooting occurred.

"I was very thankful that I came in around 9 o' clock and that could have been me," Neely said. "In any instance, I mean, it could happen at any time. Any part of the day."

After the shooting, a witness told News 9 he saw a dark-colored Dodge Challenger or Charger speed away south of the intersection.  He said it all happened in a matter of seconds.

Authorities are still looking for the suspect. A description is not yet known.