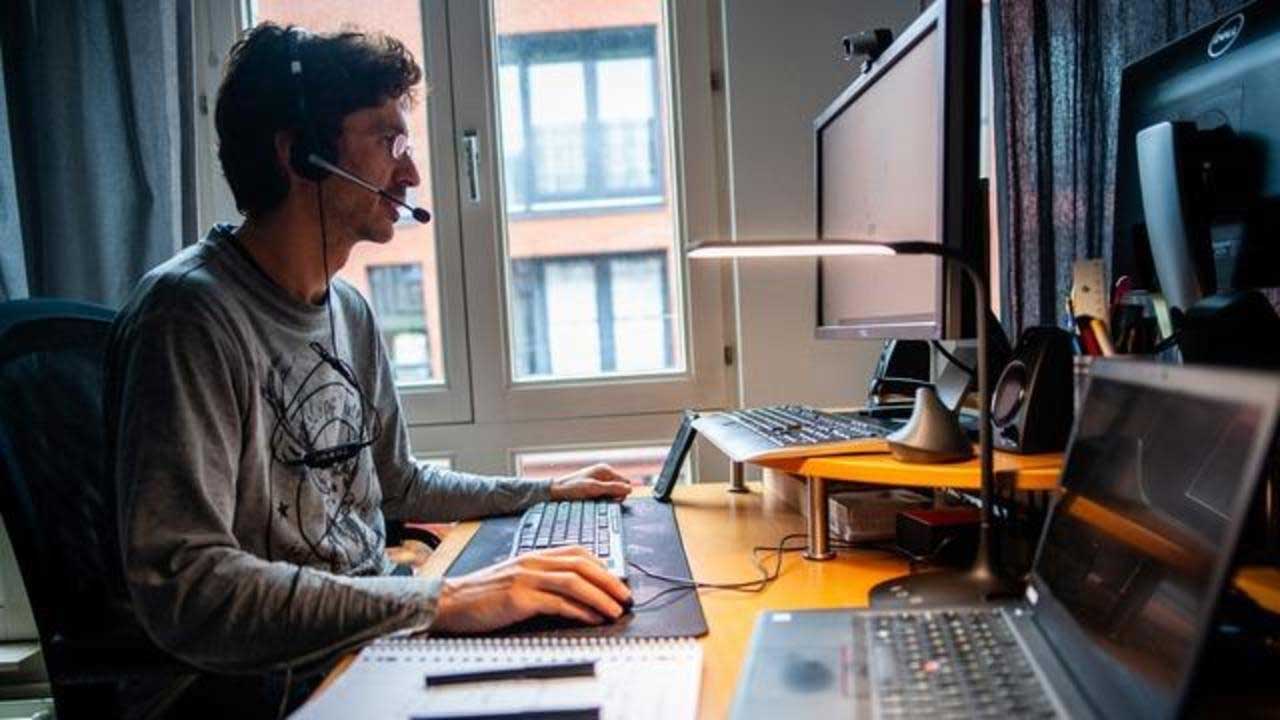 The shift to remote work during the pandemic has led to higher utility bills for workers whose residences have been doubling as offices since COVID-19 began spreading and Americans were forced to isolate at home.

Now, in addition to powering their cell phones, computers and other work tools during the 9-to-5 period, homebound professionals are cranking up their air conditioners as temperatures rise across the U.S.

"When people are at home you're opening the fridge, making coffee, cooking meals you would otherwise have had at the cafeteria or out. So, in general, being home entails using a lot more residential electricity," said Steve Cicala, a professor of economics at Tufts University who specializes in energy and environmental economics. "Heating and cooling and weather is a part of it, too. As it gets hotter, you are cooling entire houses instead of a business — and that means using more power."

Indeed, for the past year, workers with jobs that can be performed virtually have been relying on their home electricity to power the lights, computers and devices that enable them to get their work done, and consequently have been paying for energy they would have normally tapped into at the office.

From April to December 2020, residential electricity consumption rose nearly 8%, while commercial usage dropped nearly 7%, according to a report by Cicala, based on his analysis of Energy Information Administration (EIA) data.

"There was a pretty substantial rise in electricity and natural gas consumption at home, and it was even larger in hot places where there were more people working from home," he told CBS MoneyWatch.

For example, in California, utility bills increased by $240 on average, according to Cicala's analysis.

Residential utility bill increases might not be as drastic this summer as more offices begin to welcome people back under hybrid work arrangements. But part-time remote workers will still be shelling out more on utilities at home than they would if they were spending the entire work week at the office.

"One wrinkle is a lot of offices are pushing to reopen at the same time, so if we get a more mixed format, where you have on the one hand significant numbers of people spending some share of time at home while offices are basically reopened, the total energy consumption is going to go up," Cicala said.

Vijay Modi, a professor of mechanical engineering at Columbia University who studied residential energy consumption in New York City during the pandemic, estimates that workers who remain home this summer during the eight hours they'd usually spend in an office will consume one additional kilowatt of energy per day.

That translates to an additional 20 cents a day, or four dollars per month on average, according to Modi, based on the average Manhattan apartment size and the kind of occupancy he expects this summer.

Should your employer reimburse you?

While it's relatively common for employers to at least partially reimburse workers for internet and mobile phone bills, it's more rare for companies to pay workers' utility bills, in part because it's hard to determine how much energy is used for work versus other purposes.

And while the internet could be essential to doing one's job, air conditioning or other modes of cooling usually are not.

"For AC reimbursement, employees are going to have a hard time saying, 'I have to have AC or my refrigerator.' That would be a pretty creative stretch for someone to claim that's something they need for work," said Aaron Goldstein, an employment attorney at international law firm Dorsey and Whitney.

Certain states and jurisdictions like California and Washington, D.C., require employers to cover the cost of everything employees need to do their job. "But the key is it has to be a necessity. For example, if your employer provides a wireless hotspot that has crummy bandwidth but it's enough to do your job, you're not entitled to reimbursement for higher-speed internet," Goldstein explained.

While not required by law, employers could decide to reimburse employees for certain remote work expenses and present it as a job perk.

"I think whether or not employers choose to reimburse will boil down to whether or not companies think they need to do this to maintain their workforces as a perk. This is a labor-friendly market right now — a lot of employers are looking to attract talent. So you might see creative reimbursement plans in an attempt to tilt people toward the job market," Goldstein said.

But if an employer values in-office work, they may be disinclined to help workers foot their residential utility bills. "That wouldn't incentivize them go to the office," said Adam Galinsky, a leadership and ethics professor at Columbia Business School. "If you don't think in-office work is critical and you can save costs on energy, and running the AC in-office and you would be fine with people staying home, you might reimburse them," Galinsky added.