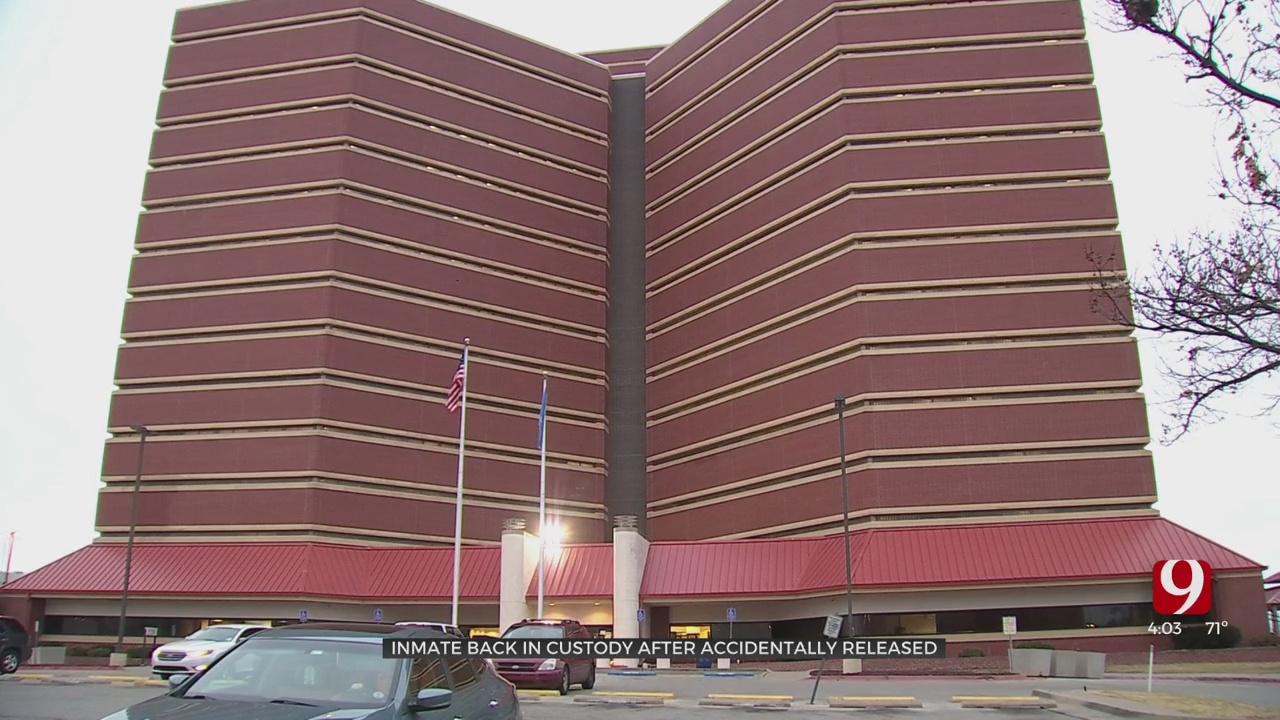 An Oklahoma inmate is back in custody after he was accidentally released nearly two months ago from the Oklahoma County Detention Center.

Administrators with the detention center were first alerted Friday that 37-year-old Reimundo Cuevas was accidently released.  Jail officials said they're still unsure what caused the error, but they're now working to make sure something like this doesn't happen again.

"When we learned about that, we acted immediately and notified numerous entities that have fugitive task forces,” Oklahoma County Detention Center communications director Jessica Brown said.

The jail also put out a fugitive warrant for his arrest, but the search didn't take long.

Brown said Cuevas turned himself in Sunday afternoon after learning authorities were looking for him.

"What failed us? What process failed us?" Brown said. "We have up to five individuals looking at a person's file when they're released."

Detention center staff mistakenly approved Cuevas’ release April 21. Brown said the jail is still trying to figure out why it took so long to realize he was missing.

"Our checks and balances failed us in this situation," Brown said. "We found out because we got a tip that he had been released erroneously and was bragging about it."

According to an affidavit, Cuevas pleaded guilty April 12 to multiple charges, including trafficking in illegal drugs, conspiracy to commit a felony and using a phone to facilitate the commission of a felony.  Cuevas was sentenced to 25 years in jail.