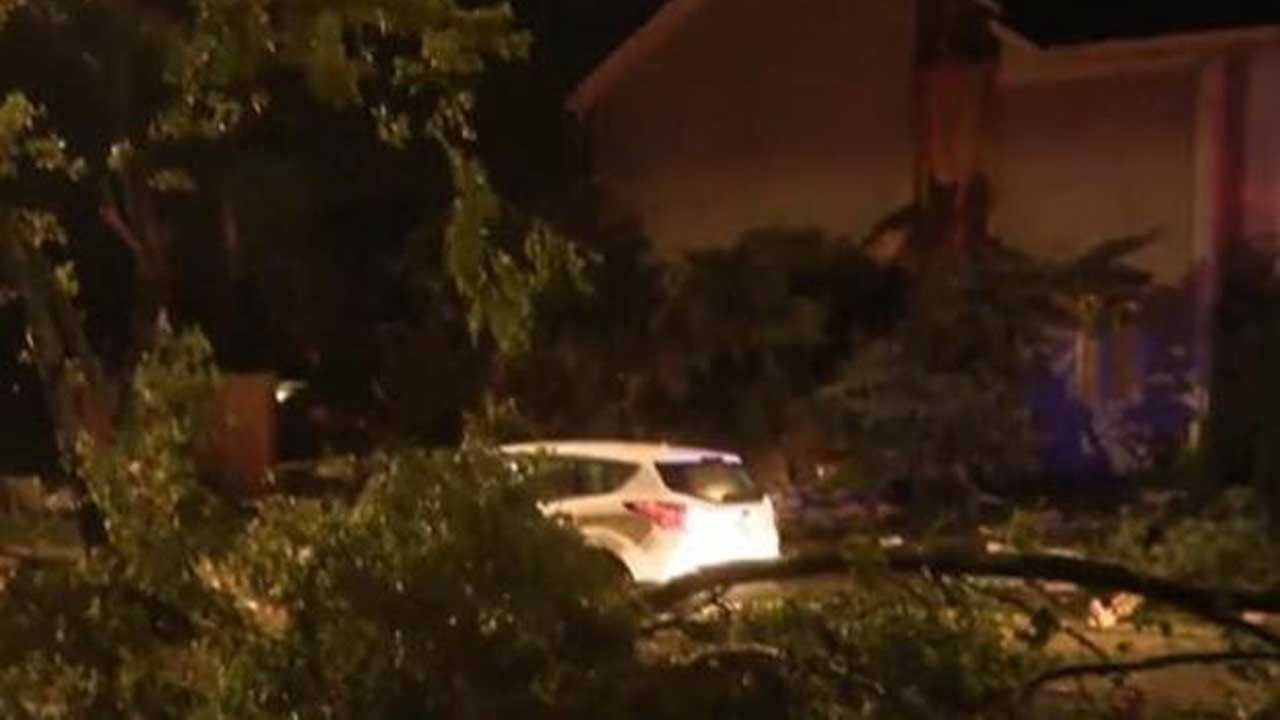 Officials of Naperville said five people were brought to a hospital. One was in critical condition. The officials also said 16 homes were deemed uninhabitable. Fire Chief Mark Puknaitis said much of the damage to the houses was from wind and falling trees, CBS Chicago reported.

Tree limbs and debris were strewn about and windows were broken on many structures. There were no fires, but there were gas line breaks.

Crews were going door-to-door early Monday searching to make sure no one was trapped. A shelter was set up in an elementary school.

In the village of Woodbridge, where some of the heaviest damage was reported, police said assessments were underway but there were no significant injuries.

Police in Darien tweeted, "We are aware of the heavy damage in town and have contacted the utilities, have extra manpower on site and are managing the situation."

They added that they "have reports of downed power lines around town, please stay away from them as shock hazards are a possibility."

The line of storms moved over northern Illinois and into northwestern Indiana before forecasters declared the severe threat over at 1 a.m.