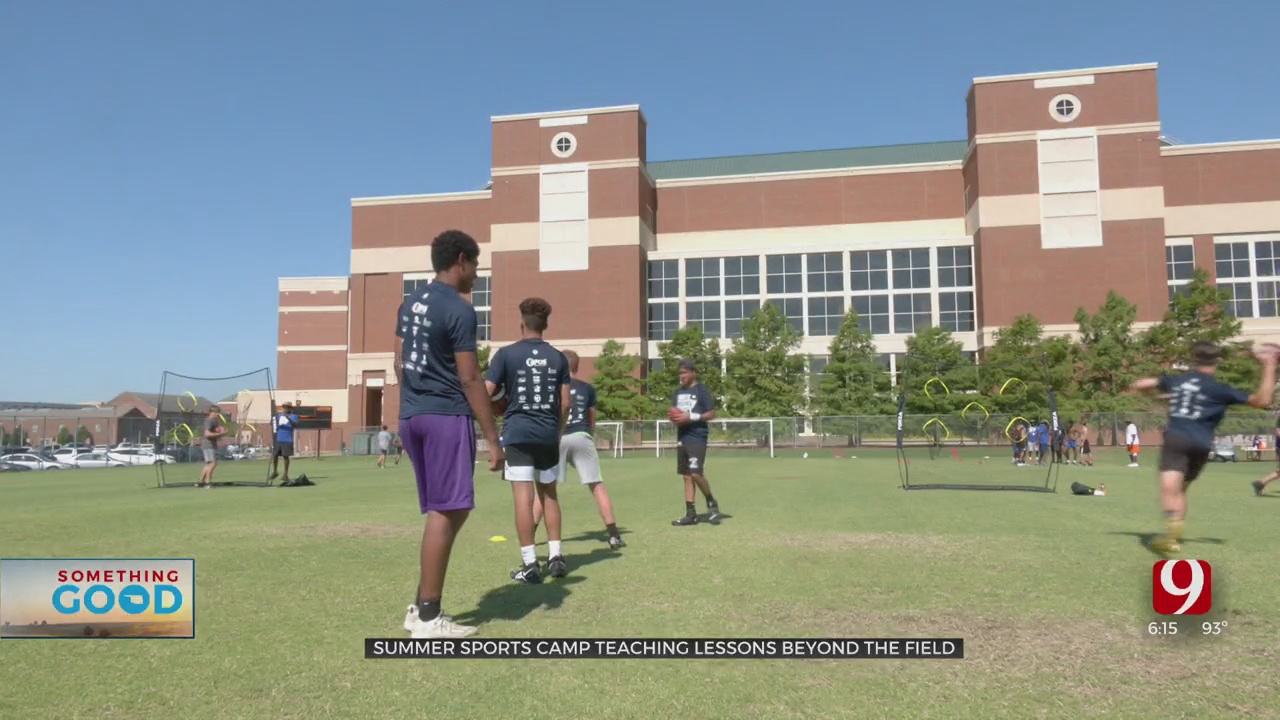 The sounds of summer have returned.

"It's kind of like going from a room of silence to a huge concert," Langston University athletic director Donnita Rogers.

"It's just nice to get out again," eighth grade camper Audrey Donaldson said.

"It's nice to get with the younger kids, this generation especially, that want to learn," Langston University women’s basketball coach Elaine Powell said.

Epos Sports Experience Camp's volunteer coaching staff totals more than 100 among the seven sports offered at the camp for seventh to 12th graders.

Many of the coaches have professional ties.

"There's a bunch of volunteers and coaches that are volunteering their time to be here with these young men and to show them, hey, somebody loves you," Philadelphia Eagles assistant coach and former Oklahoma State assistant coach Jemal Singleton said.

Epos has been a labor of love for founder Shelly Weaver since 2019. She wanted to provide a low-cost, faith-based camp for kids.

"Every child that walks in, it's $99, but if a child needed a sponsor, they were sponsored, so there was no child that got left behind," Weaver said.

The hundreds of kids at Epos are getting a broad-based education that goes beyond the field.

The camp partners with OSU, Visit Stillwater and the Fellowship of Christian Athletes.

"To let them know, ‘Hey, if you learn how to be a leader, learn some discipline, how to lead your team,’ that's going to take you really far in life," former OSU wide receiver Luke Frazier said.

"There is so much more than just being on the field,” Weaver said. “So we take the training of mental toughness, life-coaching. We have people come in that have made poor choices and how they turned around their life just to show the kids they can overcome."

Weaver said the camp's home base will remain in Stillwater, but she already has plans to take the camp national next year.