‘The Smell Was Horrific’: 2 Of 11 Puppies Found Dead In Animal Cruelty Case 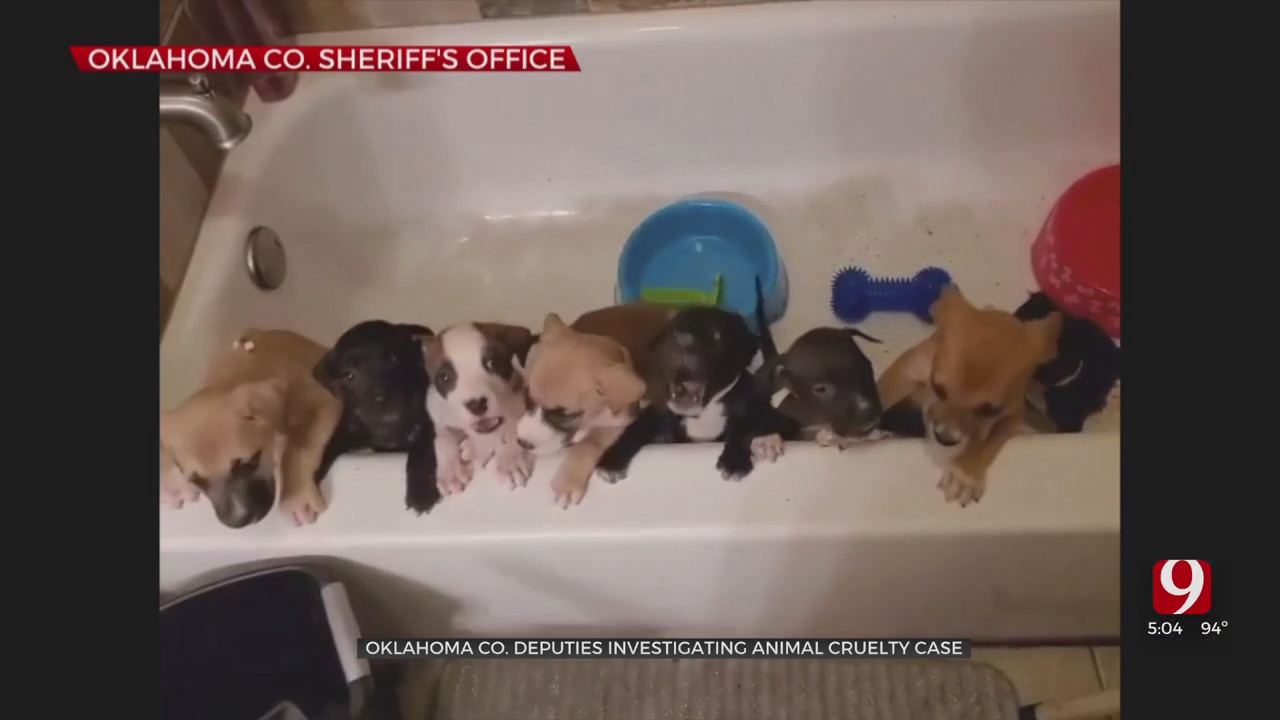 ‘The Smell Was Horrific’: 2 Puppies Found Dead, 11 In All Discovered In Animal Cruelty Case

Investigators said a litter of puppies were living inside an abandoned trailer without any food or water.

Deputies said they found eleven puppies. They all had worms.

"The smell was horrific,” Oklahoma County Sheriff’s deputy Leonard Hills said. “It was probably the worst thing I ever smelled. Definitely some feces. Some urine from animals, you could tell. They'd been in there for a long time.”

The sheriff's office said two of them were in such bad shape that they did not survive.

The nine surviving puppies are recovering. They have been cleaned up, medicated and fed.

In a news release, the sheriff's office said the owner told deputies he was in jail for a week and had asked friends to look after the litter.

However, they decided they couldn't take care of the puppies and instead called the Oklahoma County Sheriff's Office.

After several hours of searching for a shelter, deputies took the dogs to Street Dog Rescue and Recovery.

"They looked dead. They were laying in a playpen, flies just buzzing around them. Their mouths hanging open. They weren't even moving,” Street Dog Rescue and Recovery director Mitzi Brogdon said.

The sheriff's office is investigating and may present the case to the district attorney for charges.

The puppies will be up for adoption as soon as they have recovered.

‘The Smell Was Horrific’: 2 Of 11 Puppies Found Dead In Animal Cruelty Case