First 'Murder Hornet' Of The Year Found Near Seattle 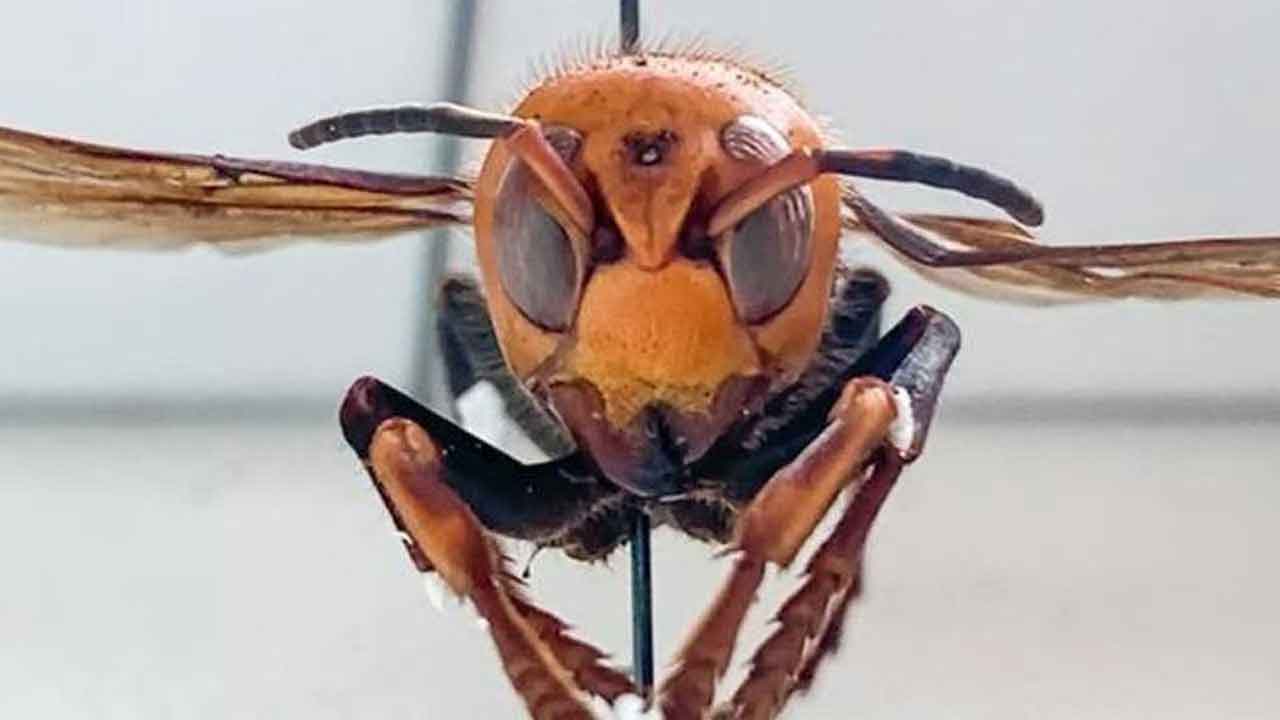 Scientists in Washington state have found a dead Asian giant hornet near Seattle — marking the first sighting of a so-called "murder hornet" in the U.S. this year.

Entomologists from the Washington State Department of Agriculture (WSDA) and the U.S. Department of Agriculture (USDA) confirmed Wednesday that a "dried out" deceased male hornet was found by a resident near Marysville in Snohomish County. Officials said the hornet appears to be unrelated to the hornet introductions in Canada and Whatcom County in the past two years.

The resident submitted a report of the hornet on June 4. After receiving the specimen, WSDA submitted it to the USDA Animal and Plant Health Inspection Service for further verification, due to its unusual coloring and the location where it was found.

Entomologists were able to confirm that the collected specimen was indeed Vespa mandarinia, the world's largest hornet, which has become known as the "murder hornet" for its vicious and fast "slaughter" of honeybee hives. The 2-inch-long insects do not pose as much of a threat to humans, but their stings are very painful and can be deadly.

Given its strange features, scientists believe the hornet could be old, from a previous season. New males typically do not emerge until at least July, they said, and it's unclear how it would have ended up in Marysville.

"The find is perplexing because it is too early for a male to emerge," said Dr. Osama El-Lissy, Deputy Administrator for the USDA Plant Protection and Quarantine program. "Last year, the first males emerged in late July, which was earlier than expected. However, we will work with WSDA to survey the area to verify whether a population exists in Snohomish County."

Officials say resident sightings are crucial to their research on the invasive species. Last year, half of the confirmed sightings in Washington, and all of them in Canada, came from the public.

"This new report continues to underscore how important public reporting is for all suspected invasive species, but especially Asian giant hornet," said Sven Spichiger, WSDA managing entomologist. "We'll now be setting traps in the area and encouraging citizen scientists to trap in Snohomish and King counties. None of this would have happened without an alert resident taking the time to snap a photo and submit a report."

Last year, scientists destroyed the first nest of murder hornets found in the U.S., finding about 500 live specimens, including nearly 200 queens that had the potential to start their own nests. Earlier this year, scientists in the U.S. and Canada announced new efforts to stop the spread of the species, which they call a "serious danger to our health and well-being."

First 'Murder Hornet' Of The Year Found Near Seattle