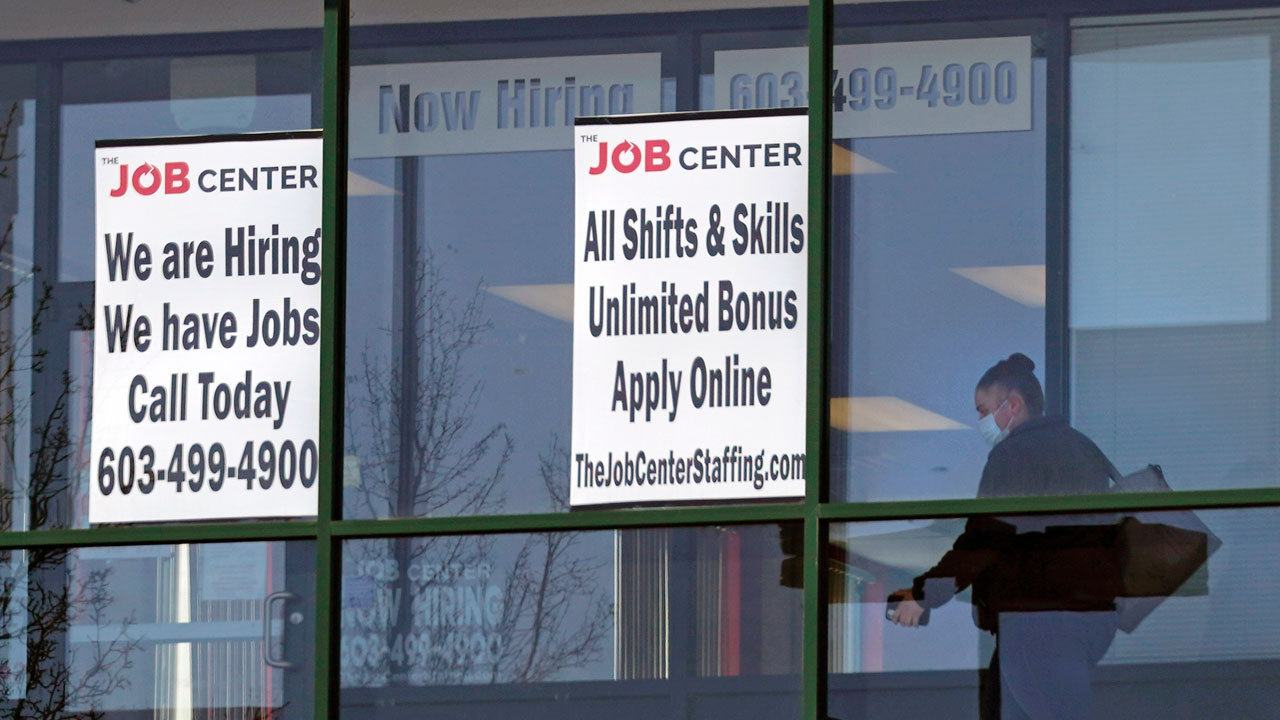 The number of Americans applying for unemployment benefits rose last week for the first time since April despite widespread evidence that the economy and the job market are rebounding steadily from the pandemic recession.

The Labor Department said Thursday that jobless claims rose 37,000 from the week before to 412,000. As the job market has strengthened, the number of weekly applications for unemployment aid has fallen for most of the year. The number of jobless claims generally reflects the pace of layoffs.

Weekly applications for unemployment aid had dropped for six straight weeks, and economists had expected another dip last week. Still, the report showed the the four-week average of claims, which smooths out week-to-week ups and downs, fell by 8,000 last week to 395,000 — the lowest four-week average since the pandemic slammed the economy in March 2020.

For jobless claims to rise slightly “should not be cause for concern yet,″ said AnnElizabeth Konkel, economist at the Indeed Hiring Lab.

“The big picture is that while we are not back to a ‘normal’ level yet of initial claims, they are no longer astronomically high.″

A year ago, nearly 1.5 million people had applied for unemployment benefits in one week.

With vaccinations up and more consumers venturing out to spend — on restaurant meals, airline fares, movie tickets and store purchases — the economy is rapidly recovering from the recession. All that renewed spending has fueled customer demand and led many companies to seek new workers, often at higher wages, and avoid layoffs.

In fact, the speed of the rebound from the recession has caught many businesses off guard and touched off a scramble to hire. In May, employers added a less-than-expected 559,000 jobs, evidence that many companies are struggling to find enough workers as the economy recovers faster than expected.

But many economists expect hiring to catch up with demand in the coming months, especially as federal unemployment aid programs end and more people pursue jobs. They note that the economy still has 7.6 million fewer jobs than it did before the pandemic struck.

And employers are posting job openings faster than applicants can fill them. In April, they advertised a record 9.3 million job openings, up a sharp 12% from the number in March.

The rapid rollout of vaccines has brought the number of new confirmed COVID-19 cases down to an average of just over 12,000, from around 250,000 a day in early January.

Though jobless claims have tumbled since the start of 2021, when they exceeded 900,000, they remain high by historical standards. Before the pandemic paralyzed the economy in March 2020, unemployment applications were running at about 220,000 a week.

In Thursday’s report, the government said a total of 3.5 million Americans were continuing to collect traditional state unemployment benefits in the week ending June 5, up by just 1,000 from the week before.

Many Americans are contending with health and child care issues related to COVID-19 and with career uncertainty after the recession wiped out many jobs for good. Some who have lost work during the pandemic have decided to retire. Others are taking their time looking for work because, in some cases, supplemental federal jobless benefits, on top of regular state unemployment aid, pay them more than their old jobs did.

Many states, though, are set to begin dropping the supplemental federal jobless aid this month.

Including the federal benefits, 14.8 million people were receiving some type of jobless aid during the week of May 29, down nearly 560,000 from the week before and from 30.2 million a year earlier.