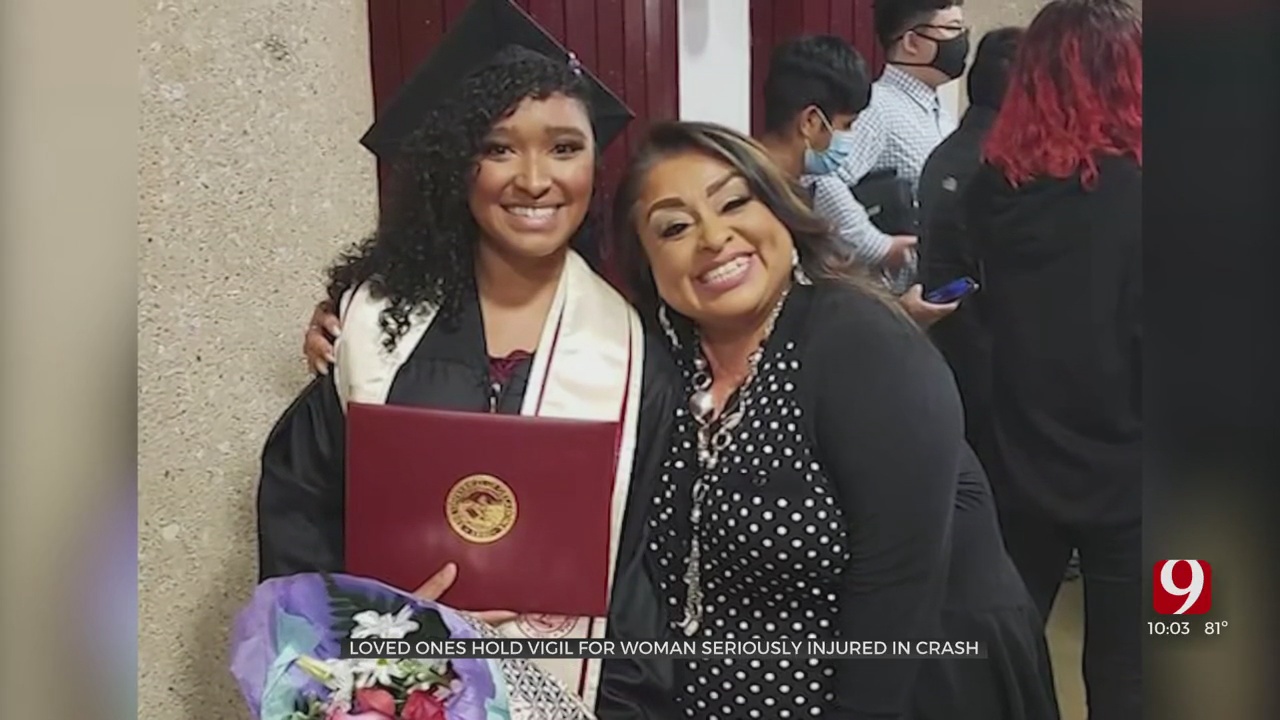 A 26-year-old woman is fighting for her life after being involved in a crash involving six vehicles Monday.

Alecia Buffington was seriously hurt in the crash that happened around 1 p.m. in the westbound lanes of Interstate 40 near Martin Luther King Ave.

Buffington’s husband was also involved in the crash. He has been released from the hospital with scrapes and bruises.

“She is the strongest, toughest, bravest woman that I have ever met and she’s fighting the fight of her life up there,” said Koltin Buffington, Alecia’s husband.

The Oklahoma Highway Patrol has yet to release what caused the crash, but Buffington’s family said a driver fell asleep at the wheel.

Regardless of what happened, family said they know the power of prayer.

“I just feel very loved today because of everybody that has been out here, friends, family, coworkers,” said Susie Neash, Alecia’s mother. “It’s a beautiful feeling, we have this many people supporting us.”

Family said doctors have done all they can medically, but they aren’t giving up hope that Alecia will make it through.

“We proved to the doctor today, I said she took four breaths by herself while you were out,” said Neash. “He was like it was probably in the lines, it may sound like she is. And then I was like baby you show him. You show up and show out. She took four deep breaths, and he was amazed.”

Time is of the essence, but family said they know Alecia is a fighter.

“Put that armor on, put it on and walk,” said Neash. “Show these doctors the real true miracle. Make them believers.”

A Go Fund Me page has been established to help Alecia’s family with medical costs.