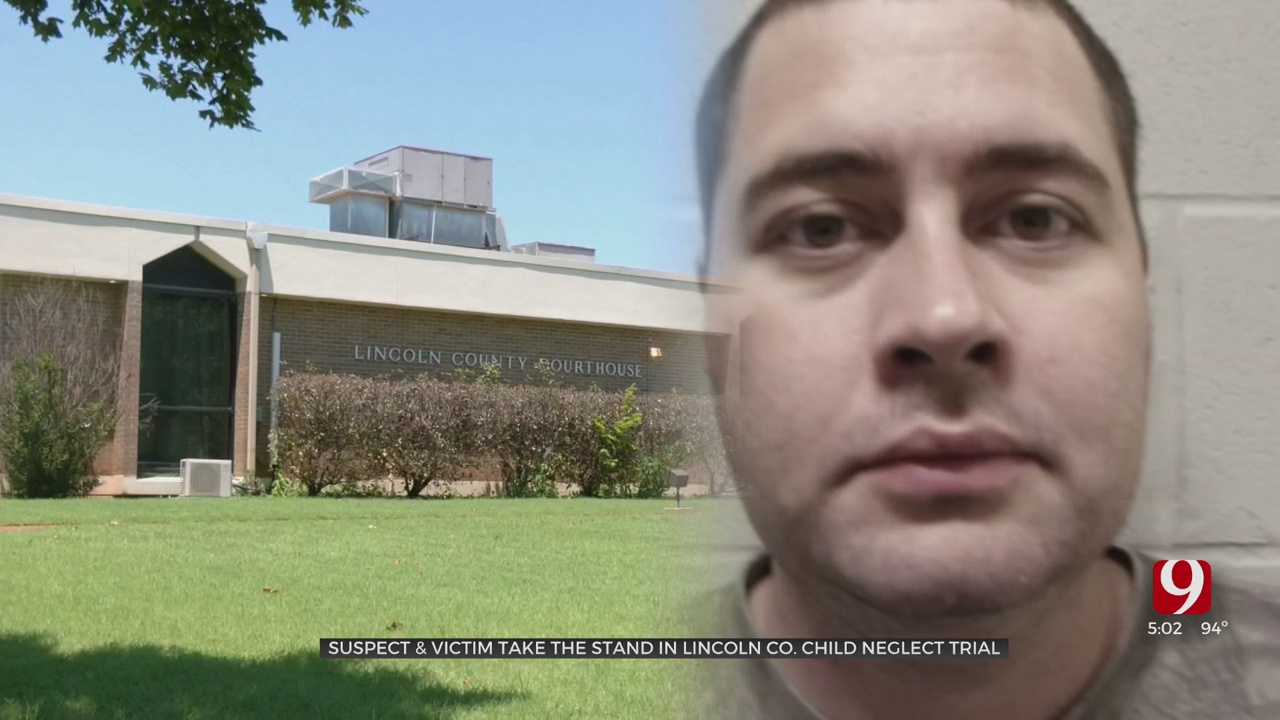 A man accused of severely neglecting his son decided to take the stand in his own defense.

Jimmy Jones Sr. was arrested in 2018 after his 15-year-old boy was found nearly starved to death at the family’s farm near Meeker.

In the afternoon, the defense told the judge that Jones asked for a new attorney, but it was denied.

Jones was the last to take the stand and said his son would set things on fire and harm small animals.

Jones also claimed his son had seen a doctor even the though the teen said he never received medical assistance.

According to investigators, the boy was forced to live in a barn next to the family’s home, and he was found extremely underweight.

The first to take the stand on Wednesday was Dr. Ryan Brown with OU Children’s Hospital. He treated the victim nearly three years ago.

He said the teen was so underweight, he described him as someone you’d see in a concentration camp.

Brown told the jury they weighed the teen at only 82 pounds.

He said they also found several scars on his head, an injury to his leg, as well as fractures to both his hands, and his foot.

They also found twigs, grass, and eggshells in his stomach. Brown told the jury he was robbed of his childhood.

The victim described his injuries to the jury and said Jones once super-glued one of the wounds on his head, and even shot him in the leg with buck shot. He said it was like being treated as a prisoner.

News 9 reached out to the prosecutors, as well as Jones' legal team, but both parties declined to make any statements.