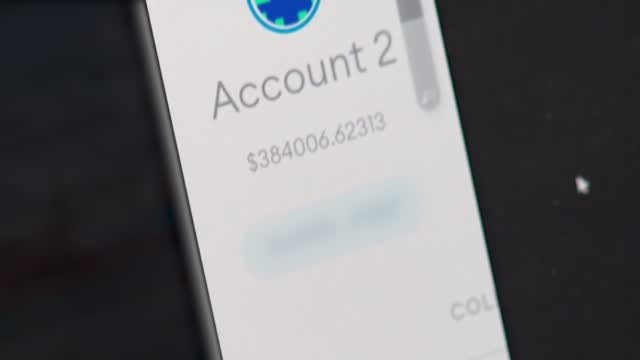 Millions of investors have jumped into cryptocurrencies like Bitcoin, and scam artists are trying to capitalize on all the buzz.

Brandon Larsen recently downloaded an app he thought was related to the website he uses for trades, but the app was a fake, and all the money he put in vanished. Larsen lost $384,006.

Christopher Leach with the Federal Trade Commission said these types of scams have skyrocketed and Americans have lost more than $80 million in cryptocurrency scams between October 2020 and March 2021, a 1,000% increase from the previous year.

There are several different scams out there, including one where con artists place fake ads online promising to triple your investment.

"But it requires you to give them your cryptocurrency. Often what happens is that - poof - the cryptocurrency is gone when you try and remove it from the investment fund,” said Leach.

Larsen said you have to be careful who you trust, but he’s still going to trade.

"There's still a tremendous opportunity to make money in crypto, and I'm still going to take advantage of that," he said.

Larsen reported his massive loss to authorities, but since crypto-crimes are often untraceable, he doesn’t expect to see that money again.