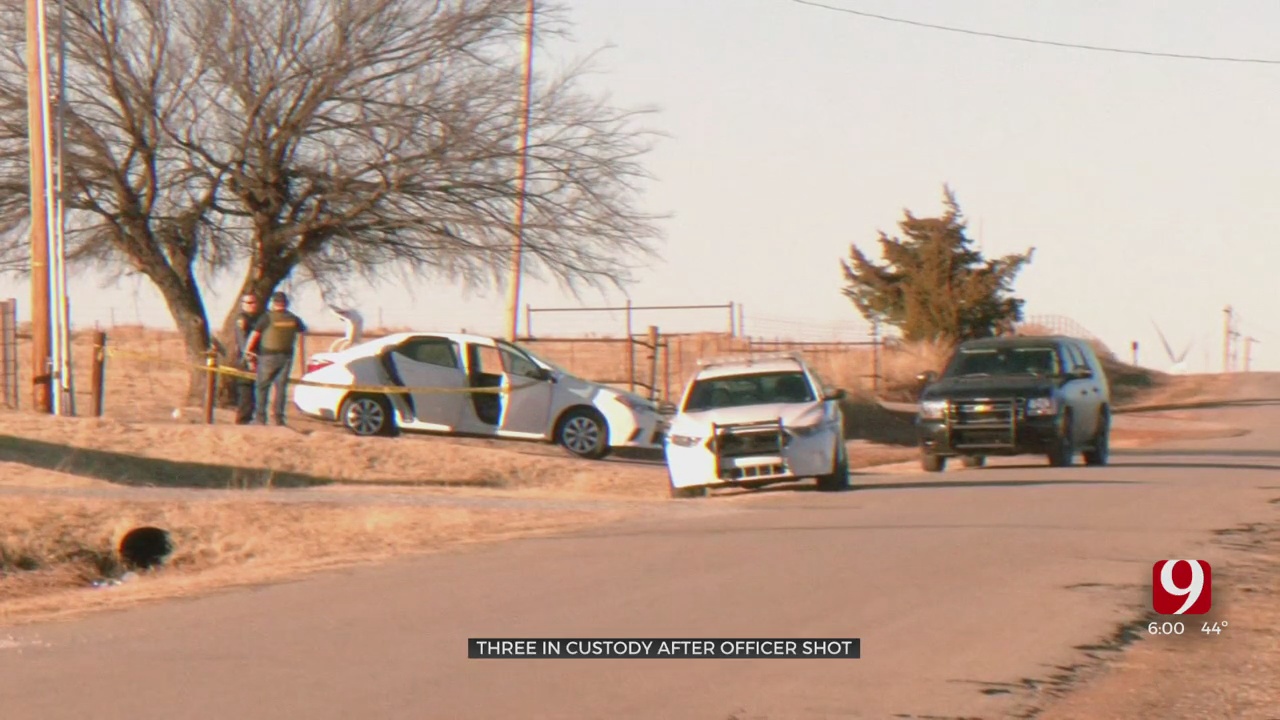 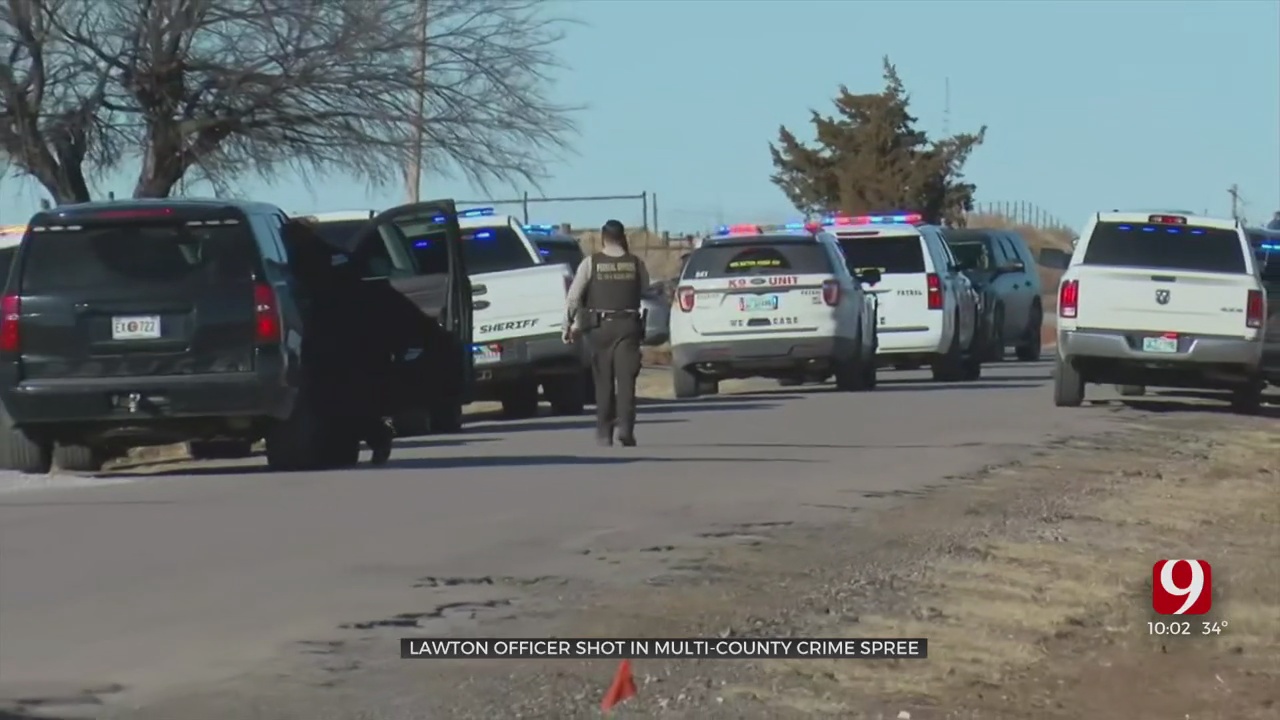 “It’s darn quiet, it’s too quiet except for today! Small farming community everybody knows everybody,” said Lisa Mithlo, who lives houses down from one of the crime scenes in Apache.

Investigators told News 9 it all started as a routine traffic stop in Comanche County.

The Oklahoma Highway Patrol said it ended in Apache after two suspects tried to escape arrest.

“We all came together to try and keep everybody safe in these areas. There are lots of families that live right here,” said Trooper Eric Foster, with the Oklahoma Highway Patrol.

Investigators said a Lawton police officer stopped a vehicle off of I-44 when the vehicle occupied by three people sped off.

“During that pursuit a gunfire was exchanged. The people inside the suspect vehicle were shooting at the Lawton Police Department officer,” he said.

OHP, Light horse PD and the Sheriff’s office all assisted and caught up with the unidentified suspects at Lake Ellsworth in Caddo County.

“They got out to the lake and once at the lake they tried to flee the vehicle. One was captured there. Two fled on foot,” said the Trooper.

OHP said two suspects went into a nearby residents and stole a grey SUV. Investigators quickly caught up with them.

“There were a lot of rounds fired but there were several agencies involved. Not just with the pursuit but with trying to locate them and create a perimeter,” said Foster.

The Lawton Police officer who was shot was taken to the hospital. OHP said at last check he is stable.

“Every place that there was gunfire that is a separate scene,” said Foster. Investigators are working three scenes in two counties

The question remains, why did the suspects start the chase? Investigators are working to figure that out.