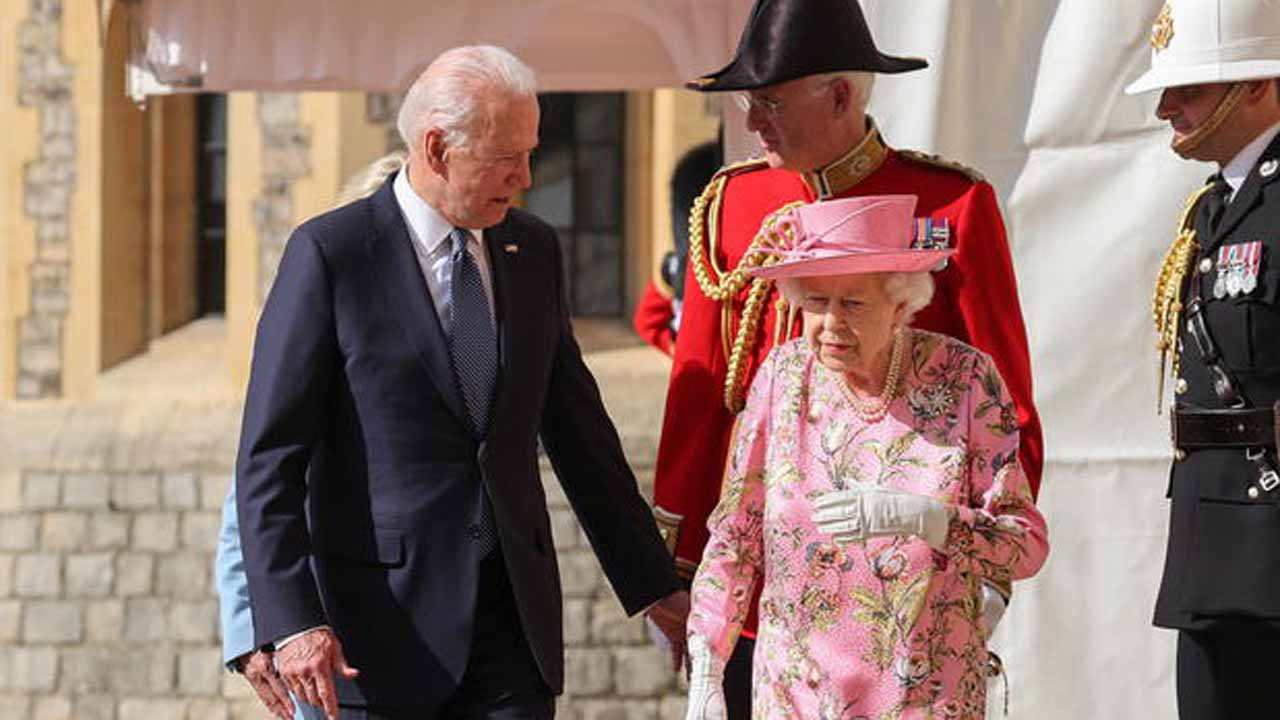 After the meeting, Mr. Biden said the queen was "very gracious" and asked him about Russian President Vladimir Putin and Chinese President Xi Jinping.

"She's extremely gracious — not surprising — but we had a great talk," Mr. Biden told reporters. "We had a long talk and she was very generous. I don't think she would be insulted but she reminded me on my mother, in terms of the look of her and just the generosity."

After the tea, the Bidens departed for Brussels, where the president will be attending NATO and European Union summits.

Before the meeting, Queen Elizabeth greeted the Bidens at the quadrangle of Windsor Castle. Upon their arrival, a member of the queen's Guard of Honor formed a royal salute, and then played the U.S. national anthem. They were then joined by the commanding officer of the Guard of Honor, and watch a military parade.

The Royal Family was very active in this year's G-7 summit, held in Cornwall, England. The queen's eldest son, Prince Charles, who also holds the title of Duke of Cornwall, addressed the G-7 leaders about his Sustainable Markets Initiative, which encourage private investment into government-led efforts to combat climate change.

"The fight against this terrible pandemic provides, if ever one was needed, a crystal-clear example of the scale, and sheer speed, at which the global community can tackle crises when we combine political will with business ingenuity and public mobilization," Charles told the leaders. "Ladies and gentlemen, we are doing it for the pandemic. So if you don't mind me saying so, we must also do it for the planet."

On Friday, the queen attended a reception with the Bidens as well as the other G-7 leaders and their spouses. Also attending the reception was Charles, his wife, Camilla, Duchess of Cornwall, and her grandson Prince William and his wife, Catherine, Duchess of Cambridge.

Also on Friday, Jill Biden and Catherine toured Connor Downs Academy, meeting with 4-and-5-year-old students as well as teachers. The academy is a "trauma-informed school," meaning it works with students who have experienced trauma in their lives.

The first lady said the children were "so well-behaved."

The pair also led a roundtable discussion on the importance of early childhood education.

Catherine called it "huge honor" to have the first lady in the county. "I'm very much looking forward to the conversation," Catherine said.

Bo Erickson and Sophie Lewis contributed to this report.