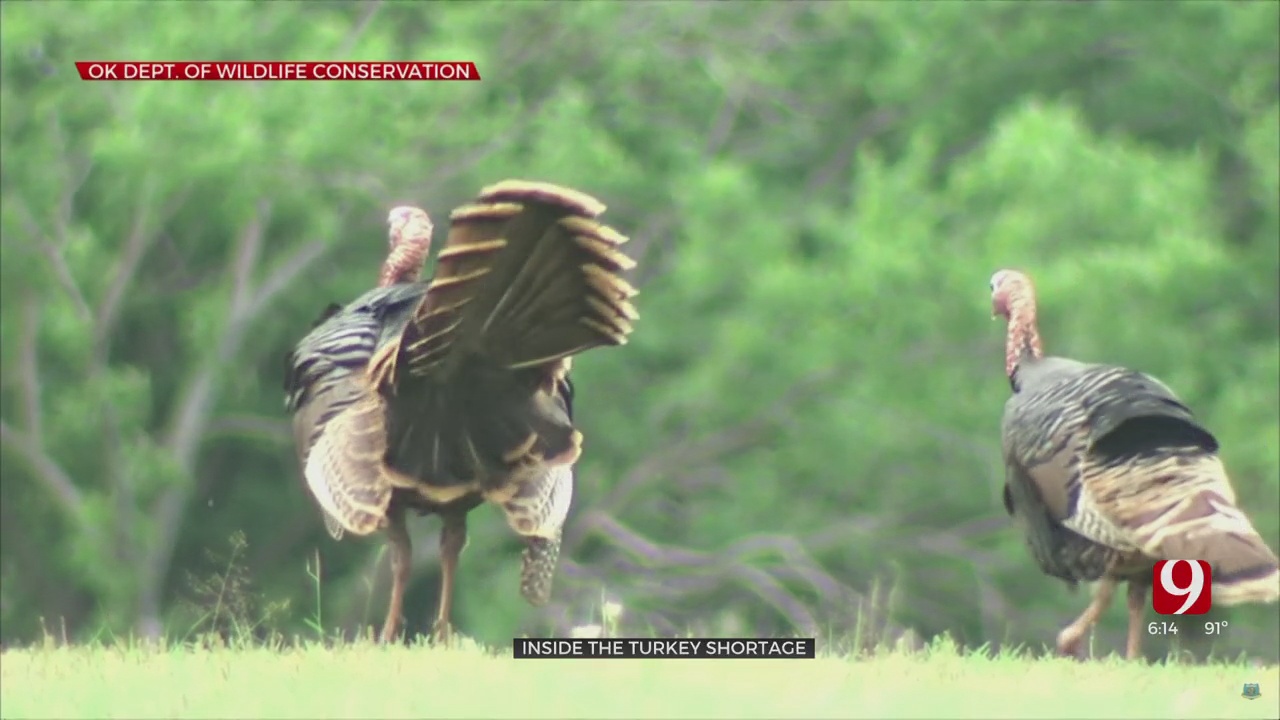 Oklahoma is in turkey trouble. According to the department of wildlife conservation, the Rio Grande and Eastern species of the birds are on the decline. Now, state regulators could take aim at the problem to bring back the birds.

State biologists said the turkey population is at a more than 20 year low and they're not exactly sure what's causing it.

“While we expect wildlife populations to go up and down over time, it gets concerning when a population starts going down and keeps going down,” Micah Holmes with the Department of Wildlife Conservation said.

“One of the goals of the (National Wild Turkey Federation) is to increase hunter numbers across the board and when you don’t have as many opportunities, then that results in fewer hunters getting to go,” NWTF State Treasure Rick Nolan said.

At its next commission meeting June 28, the state wildlife commission is expected to vote on reducing the annual harvest from three turkeys to one as well as pushing back the season from beginning April 6 to mid-April.

“We think there’s a possibility that we can adjust the season limits down, adjust the season dates back and that may help ensure these birds reproduce successfully and get back to the numbers they used to be,” Holmes said.

Nolan said the NWTF supports the proposal because to promote hunting, there must be wildlife to harvest.

“You’ve got to balance the hunter opportunity with the available game, and I think that’s where we’re headed with the proposed regulation,” he said.