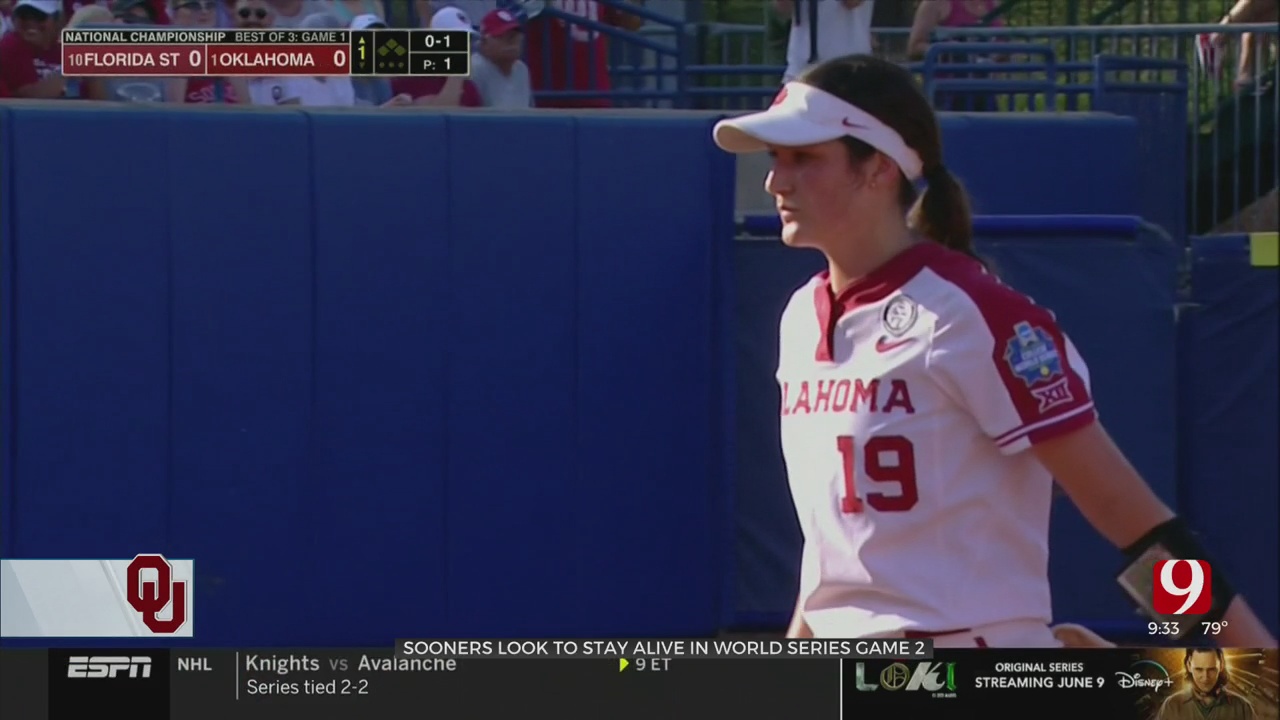 It was a hard evening to sit through, but history can repeat itself sometimes. For the second time in a week, the Oklahoma Sooners are up for redemption Wednesday night.

Similarly, OU did not play its best ball right out of the gate during its Women’s College World Series opener against James Madison last week.

By the 4th inning Tuesday night, the Sooners were down 7-0, an enormous amount of ground to cover.

Add in a defensive obstruction call that had Sooner fans foaming at the mouth.

"I felt us on the pressing. I felt the momentum in our favor, but we just took too long to respond," OU utility player Nicole Mendes said.

For Game 2, Wednesday night's theme for the Sooners is "comeback." If they lose tonight, it's over.

This is familiar territory for Mendes, who's competed on this stage twice before with the Sooners.

"Who’s on this team is ridiculous. We are ridiculous," Mendes said.

Analysts suggested OU needs to come out hot and take the lead early, aided by the nation's most prolific home run hitting lineup to even the series.

The first pitch is set for 6 p.m. If you are coming out to Hall of Fame Stadium, bring some water. You are allowed a sealed water bottle into the stadium.