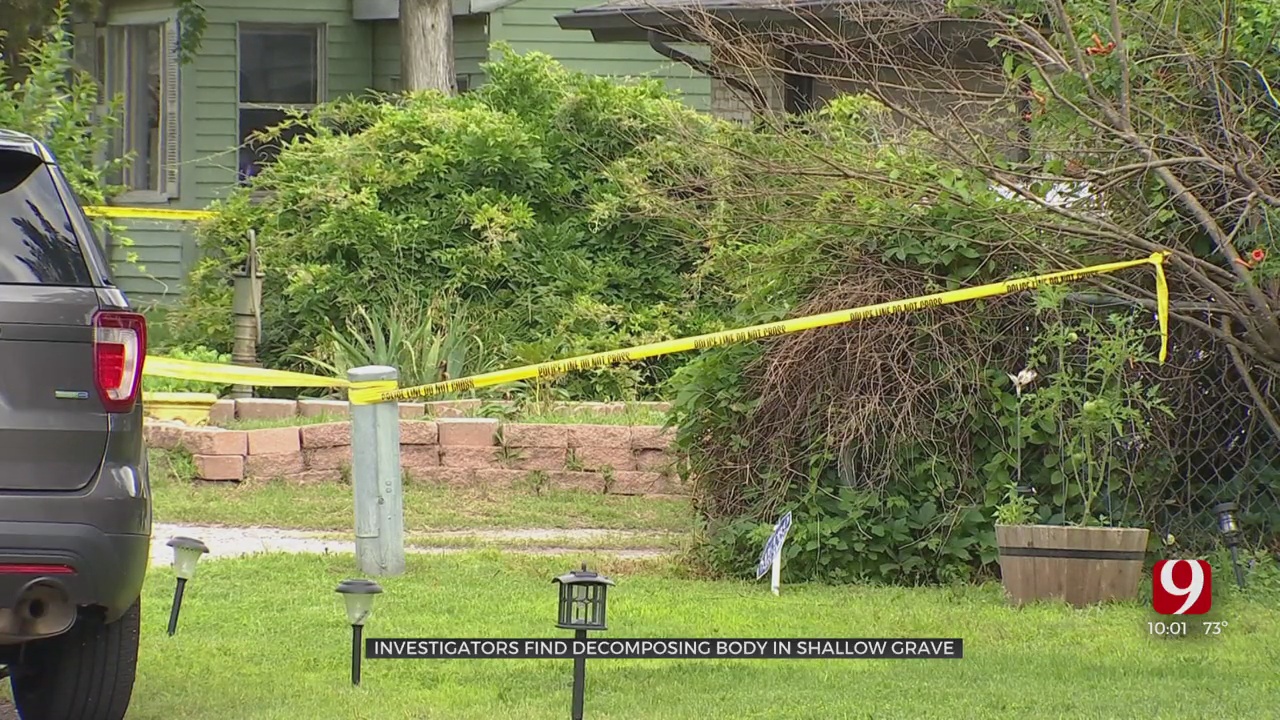 Neighbors in a Bethany neighborhood were left shaken after human remains were uncovered in a backyard.

“I woke up this morning and was taken back by the number of cops,” said neighbor Liz Sawyer.

“I knew that something bad had happened,” said neighbor Kimberly Wilkerson.

Residents were on edge after learning someone found a decomposing body in a neighbor’s backyard.

“We haven't identified the person that was found yet,” said Bethany Police Chief John Reid.

The department is now investigating, with the Oklahoma State Bureau of Investigation assisting.

According to police, a tarp was used to cover the remains.

“As of now the death is suspicious,” said Reid.

While the house has not been maintained and its yard long overgrown, neighbors said it was once home to an elderly woman who recently passed.

“She was a lovely woman, she took care of the neighborhood cats,” said Wilkerson.

According to those nearby since her death the woman's extended family moved in.

“We've had noise complaints things like that, but nothing of this magnitude,” said Sawyer.

“I heard noises, sometimes late at night there were people yelling,” said Wilkerson.

According to police, the house had remained in the family for generations.

A family member found the remains while tending to the yard and called police.

The family has some idea of who the remains belong to, police said.

Police said no one has been detained or been placed under arrest.