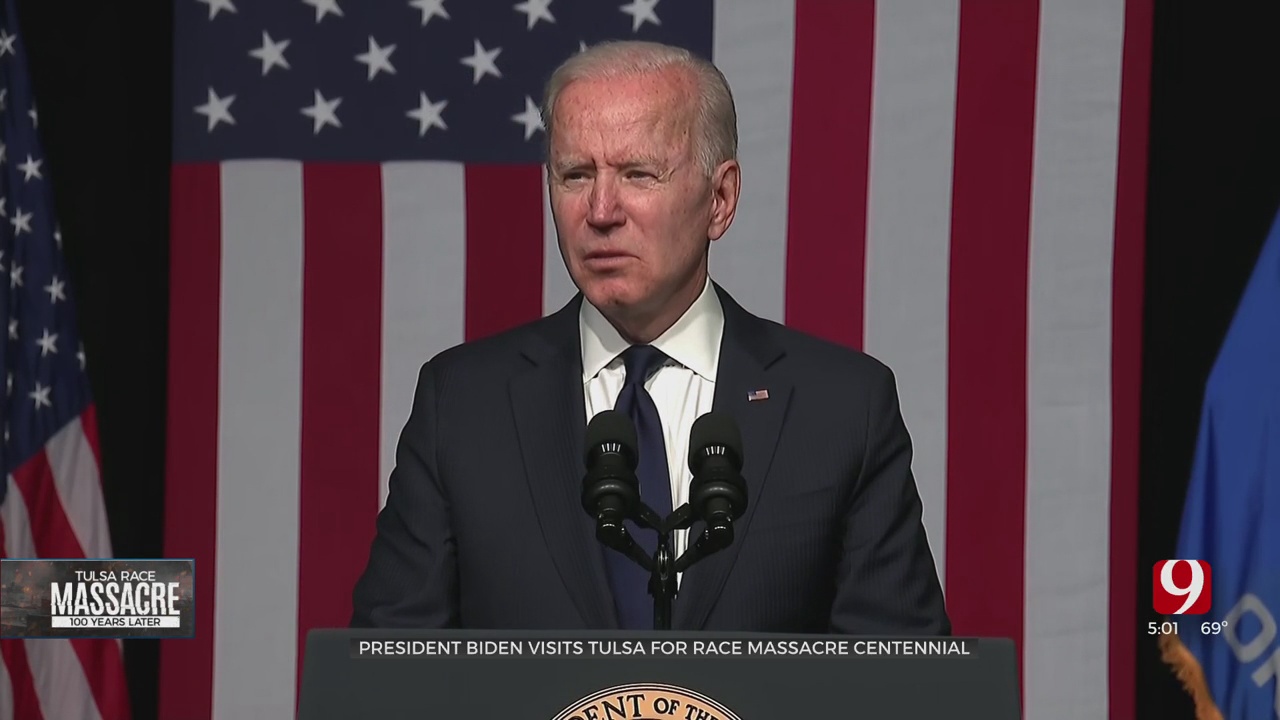 There is likely no one whose movements are watched more closely than the President of the United States. Tuesday, President Joe Biden and his international spotlight shined bright on Tulsa’s darkest days.

“To all those lost, to all those descendants who suffered…that’s why we are here. To shine a light so America knows the story in full.

Inside the Greenwood Cultural Center, Biden didn’t announce any steps aimed specifically at Greenwood, but instead announced plans to reduce the wealth gap between Black and white Americans through increasing federal government purchases from disadvantaged businesses and eliminating racial disparities in home loans.