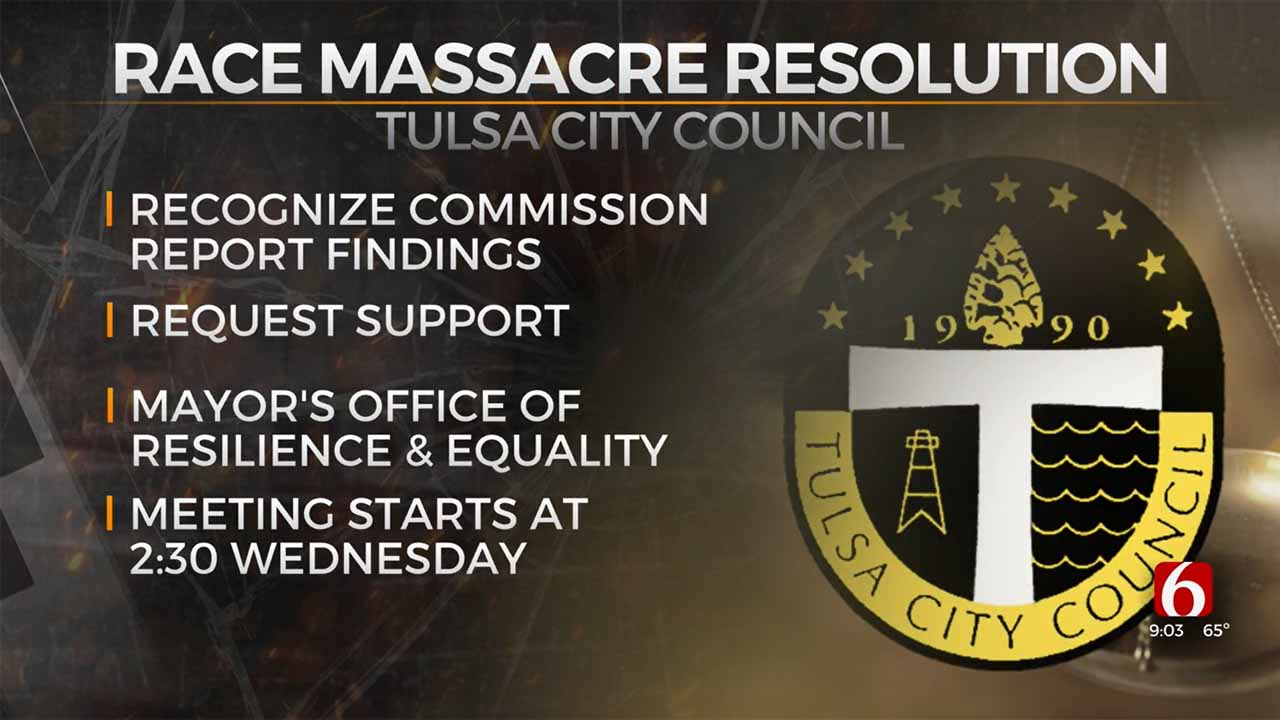 The Tulsa City Council will consider a resolution related to the 1921 Tulsa Race Massacre during its meeting on Wednesday.

The resolution asks the council to recognize the findings of the "1921 Tulsa Race Riot Commission Report" from 2001.

Back in the early 2000s, the massacre was instead referred to as a 'riot' hence the reason for the report's title.

That report is 200 pages long and it gave an official death count from the massacre.

Using autopsy reports, death certificates, and other records it found that 39 people died, including 26 Black Tulsans and 13 White Tulsans. However, the commission said credible evidence makes it likely that anywhere from 100 to 300 people died.

The resolution also requests that the council pledge support for the mission of Tulsa Mayor G.T. Bynum's Office of Resilience and Equality. With this office, the mayor hopes to tackle racial inequalities.

This comes as a 2020 study from the Community Service Council that looked at equality indicators in Tulsa and found 54 issues that need to be addressed.

The council will talk about this resolution during a committee meeting at 2:30 p.m. and possibly vote during the council meeting at 5 p.m.