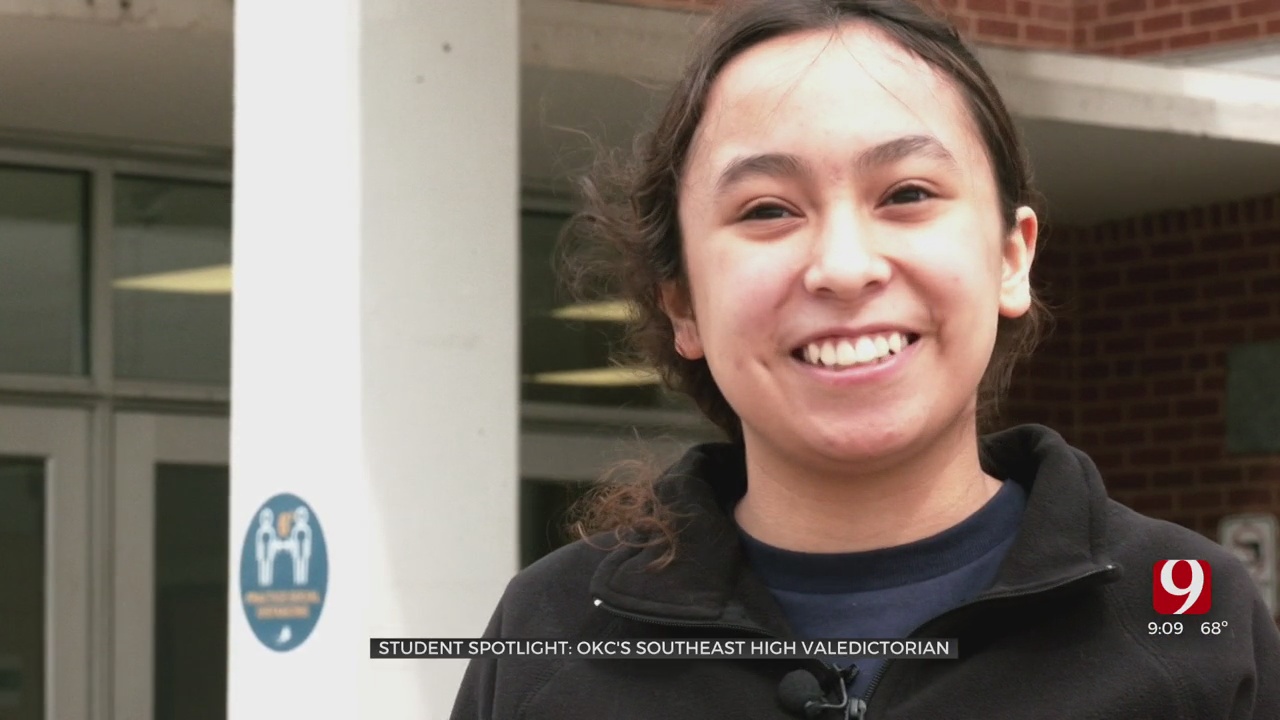 A senior at Oklahoma City Public Schools' Southeast High School did not let obstacles stop her from becoming valedictorian. As she moves her tassel from right to left, she also sets her sights on New Haven, Connecticut.

"I think, in the end, it all paid off, and it was worth it," said Esmeralda Alejo, a Southeast High school graduate.

Alejo is the student with the drive to be valedictorian and the brains to make it happen.

"I was basically set on going to OU or OCCC," said Alejo.

As she settled on staying local, she learned about the Leadership Enterprise for a Diverse America, a group helping educate underrepresented populations.

That's when everything changed.

As she grew up in that culture and learning what it means to her family, Alejo decided to step out of her comfort zone and become a bulldog.

"I am going to Yale," said Alejo. "It's just so many students from so many backgrounds and so many cultures and so many accomplishments."

If that's not impressive enough, she got a full scholarship.

Alejo is nervous to start the next chapter, but the city and her teachers are behind her.

"It's helped me get to where I am now, and I am very happy with how things turn out," said Alejo.

Alejo is planning to major in psychology because of a teacher that inspired her in school.

She moves to Yale housing later in the summer, and News 9 wishes her the best of luck.