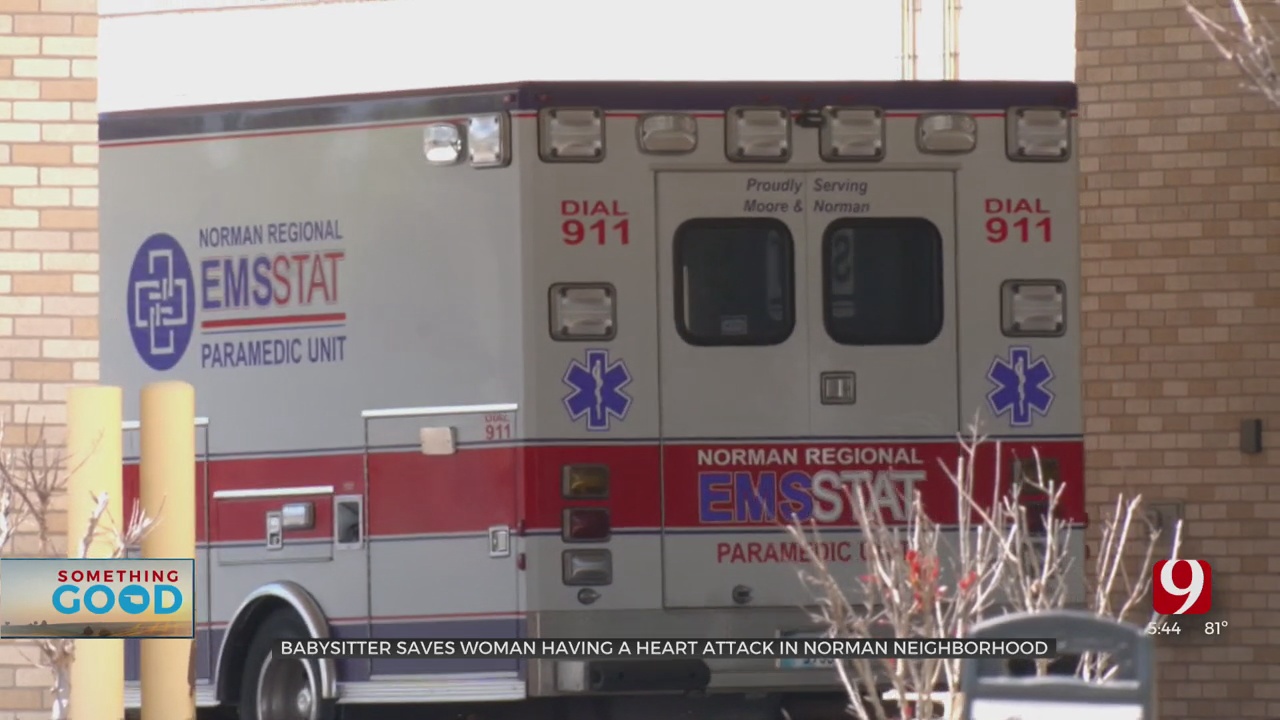 A woman said she would not alive if it wasn’t for a Good Samaritan.

Dee Ann Holcomb said she spent about a week in the hospital but doesn't remember most of it. All Holcomb remembers is getting in her car followed by waking up in a hospital bed.

“I was heading over to walk a dog for an elderly gentleman that I'm an assistant to and that's the last thing I remember for at least four days,” Holcomb said.

Holcomb never made it to walk the dog. Meanwhile, Caroline Keogh was babysitting near Holcomb's home. She said Holcomb only made it out of her driveway and hit a mailbox.

Holcomb suffered a major heart attack and went into cardiac arrest. Keogh said she saw Holcomb's husband run to the car and she went outside to help.

“The operator told us that we needed to do CPR because she wasn't breathing, and so, Mr. Holcomb began CPR and then I quickly realized that I was CPR-certified and I asked him if he was OK if I took over,” Keogh said.

Keogh became CPR-certified less than a year ago when she worked at Camp Ozark, a summer camp in Arkansas. She was able to get Holcomb breathing again before medics arrived.

“Every minute, every single minute counts in a situation like that, so the fact that someone was that close and was trained and was able to have already started that process of pumping blood to her heart and to her brain that was key to her surviving this,” Norman Regional Health System cardiologist Dr. Paul Ayers said.

“It's just hard to thank somebody just for saving your life,” Holcomb said.

Holcomb will be in cardiac rehab in the next couple of weeks.

Oklahoma Sisters Give Birth Within Minutes Of Each Other