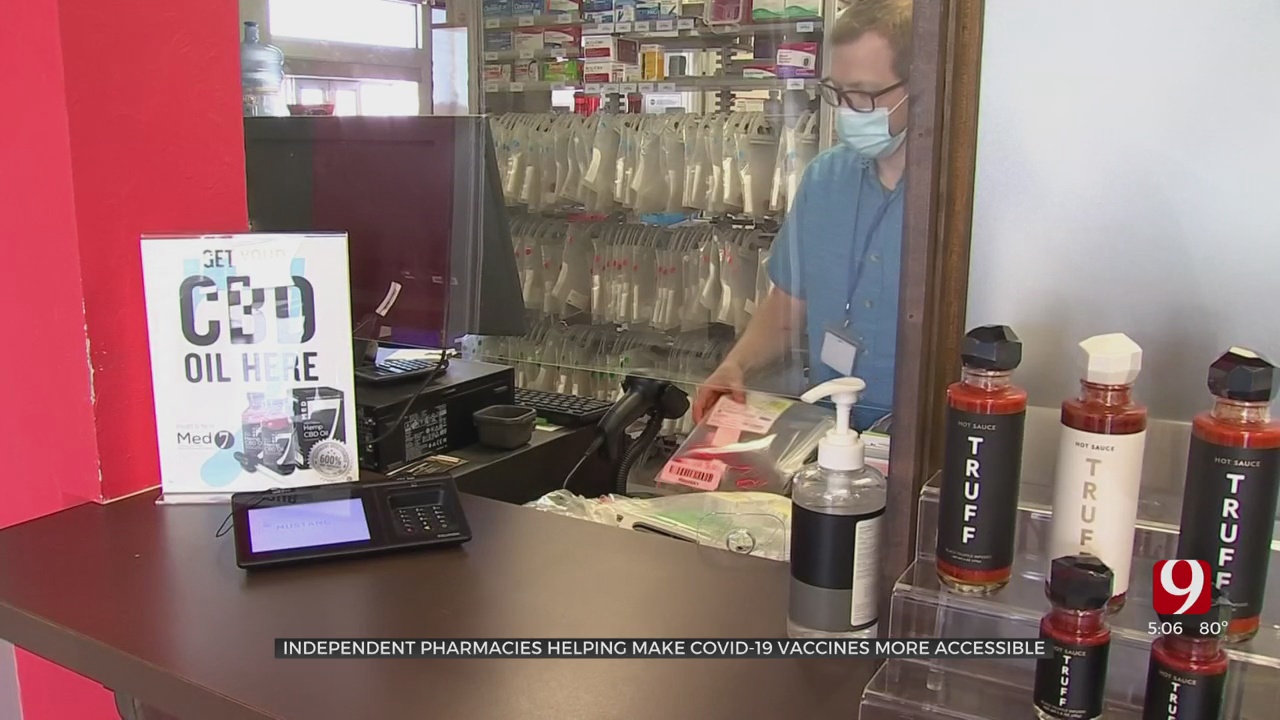 Even though the rest of the country is catching up, Oklahoma still has strong vaccination numbers.

According to the Centers for Disease Control and Prevention, 33% of Oklahomans have received at least one dose.

Those numbers can be attributed in some part to smaller independent pharmacies offering the vaccine.

“I was very surprised with our first clinic how smooth it was,” said Pharmacist Selma Alami with Mustang Drug.

The pharmacy said of the eight weekly shipments it's received so far, only one has been late.

“When we had the winter storm that's when that happened. Other than that, it’s never happened,” added Alami.

She said 100 people each week get their vaccine from Mustang Drug.

Starting Tuesday, the pharmacy will start administering the one dose Johnson and Johnson vaccine as well.

The J&J vaccine means this clinic can administer 200 total shots a week: double what it has been doing.

The latest numbers show 2.1 million Oklahomans have received at least one vaccine shot.

“We made it accessible to our community which is great,” added Alami.