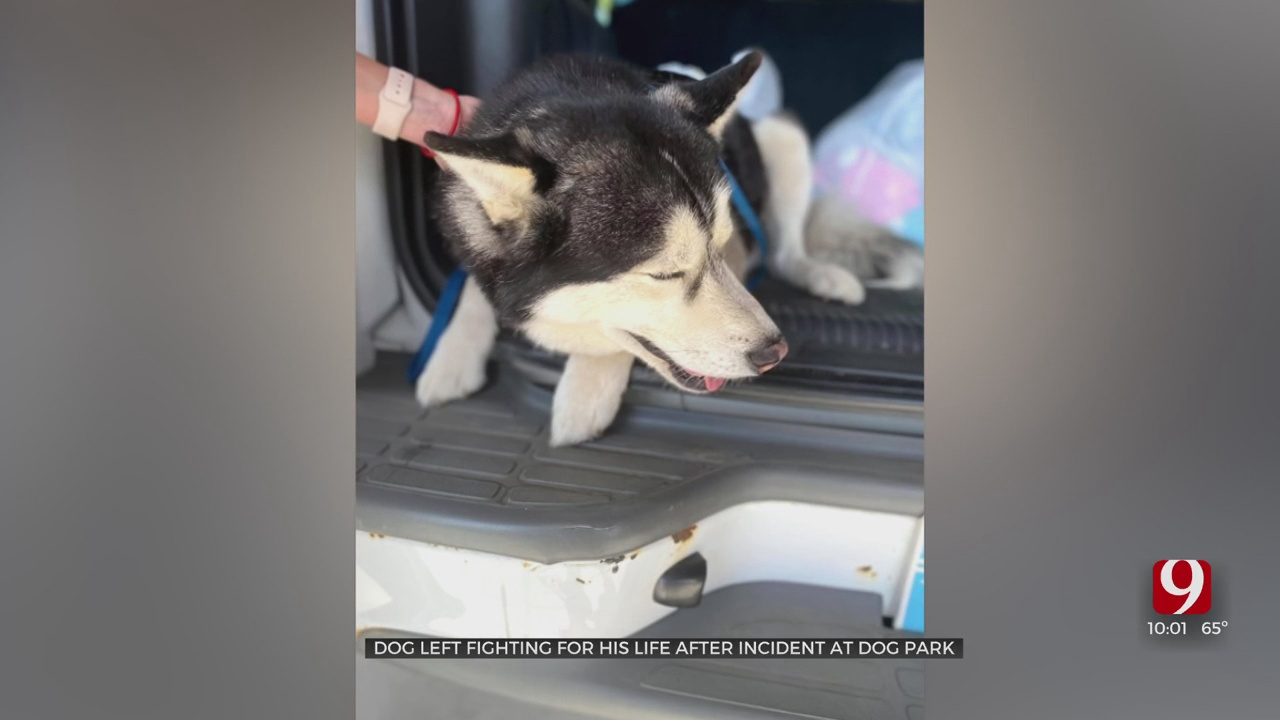 A pet owner said his dog is fighting for his life after he was shot at the Norman Community Dog Park.

The shooting happened Saturday afternoon at the Norman Community Dog Park near Robinson and Porter.

"It didn't really register," dog owner Narvell McWilliams said. "Then, once I saw or heard the sound of a shot, that's when it all clicked."

Moments before the shooting, McWilliams said his husky, Jax, had been running around the park when a small dog approached him. When Jax growled at him, McWilliams said the small dog’s owner asked him to get the dog away.

"Which I did, I told Jax to come here and he came to me," McWilliams said. "Then his dog came back to my dog."

After interacting again, McWilliams said the man told him to get his dog away or else. But after calling his dog over, the two ran into each other once again. This time would be their last.

"Next thing I know, he was running past me with his gun already drawn,” McWilliams said. "As soon as he gets up to my dog, my dog jumps up thinking he's playing as well and he ends up shooting him."

McWilliams quickly grabbed Jax and rushed him to a veterinarian.

"The bullet went through the left side of his neck,” McWilliams said. "Through his lung and came out the right side."

Jax is back at home now recovering. The other dog owner has not been identified. According to police, he told police Jax had become aggressive and that he shot him to protect his own dog.

However, witnesses told police it appeared the two dogs were just playing.

One woman said she arrived at the park shortly after the incident and noticed the man was not arrested at the scene.

"Not in handcuffs. Not being taken away in a police vehicle, but actually walking in the direction of the soccer fields," Norman resident Kelli Matthews said.

While the shooter wasn’t taken into custody, according to police, officers completed a warrant request for complaints of reckless discharge of a firearm and animal cruelty.