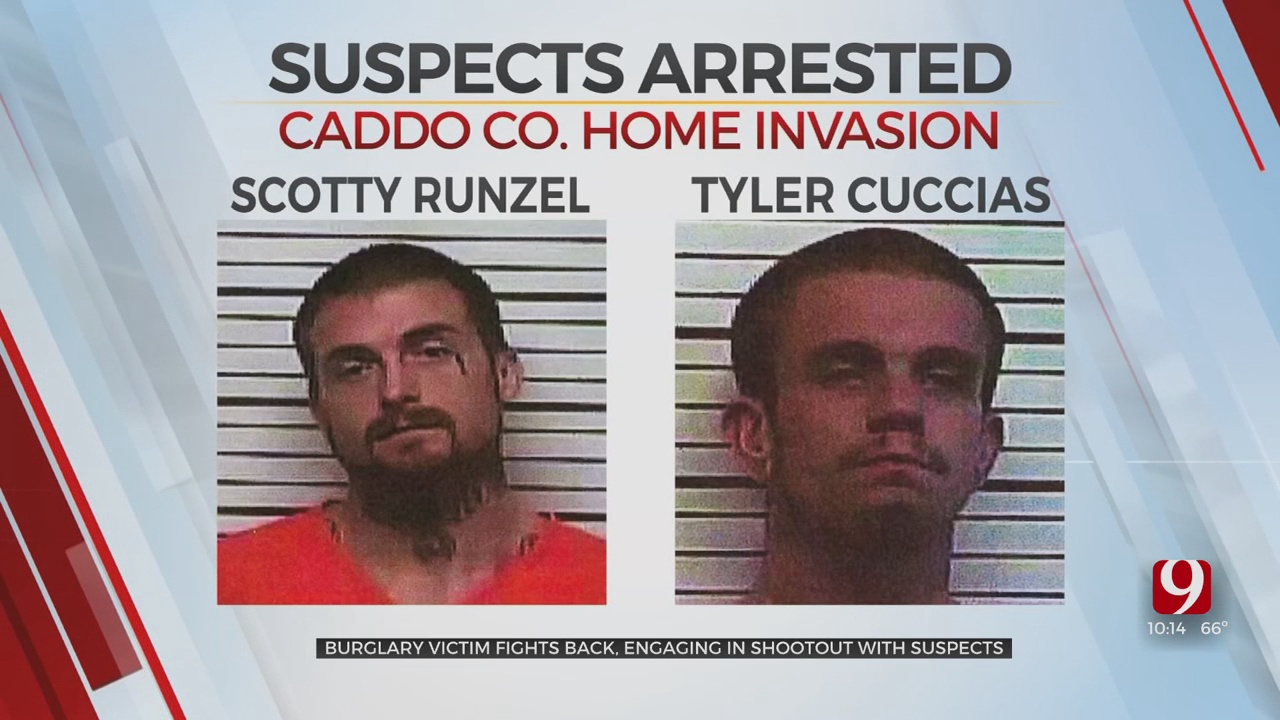 Deputies were called to a home on County Road 1140 in Lookeba on March 22 after the homeowner noticed two suspicious men circling his home.

“He called his brother-in-law which lived down the road from him and told him he might want to come down because he is fixin’ to get burglarized,” caid Caddo County Sheriff Spencer Davis.

The homeowner’s family member began chasing both suspects as they drove away. The suspects began firing shots through the sunroof as they did.

The suspects eventually crashed into a tree nearby and ran away on foot.

Calls were made to dispatch as citizens spotted the two suspects in a field.

Runzel gave himself up to law enforcement shortly after the crash, while Cuccias launched an hours long manhunt.

Cuccias eventually surrendered to police in a nearby field.

The sheriff hopes both suspects learned a valuable lesson.

“I would not advise breaking into anything in rural Oklahoma because they don’t mess around,” said Davis. “Somebody might end up getting hurt.”

Both suspects were found with meth on them and are already convicted felons.

Runzel and Cuccias were booked on complaints of possession of a controlled substance, first-degree burglary and shooting with intent to kill.