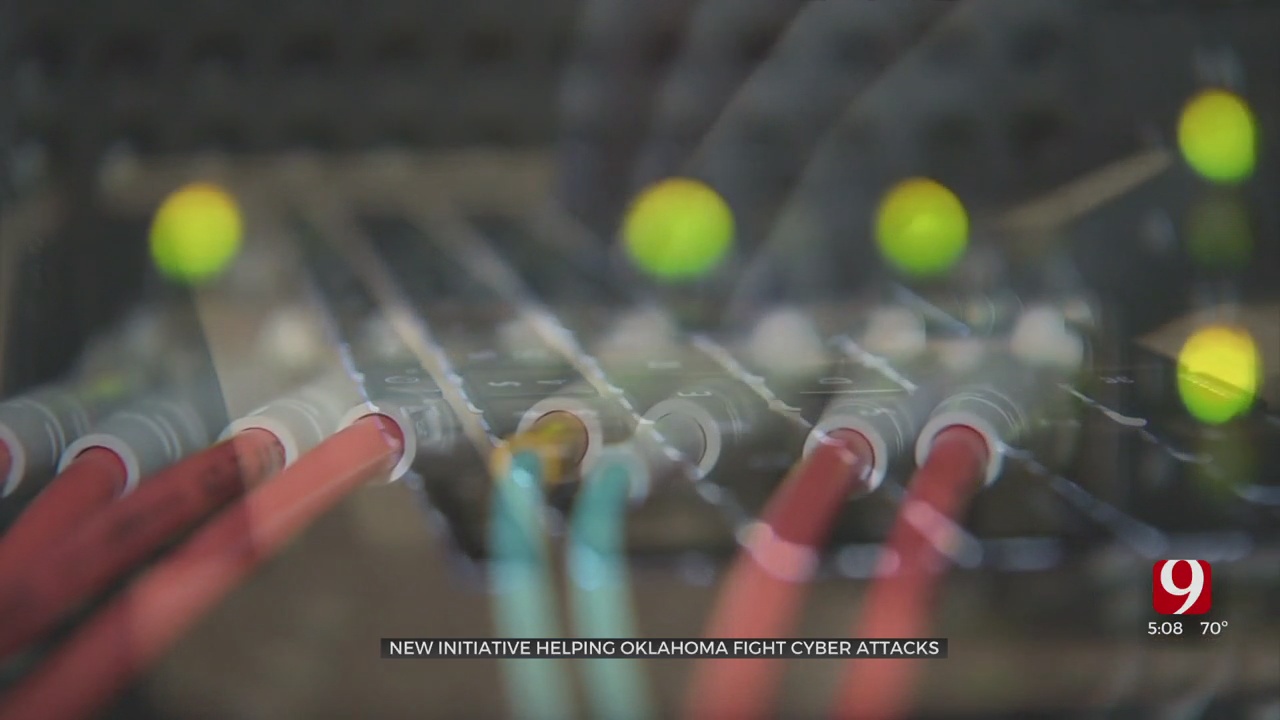 State leaders think they are now better equipped to deal with cyber-attacks than ever before.

Every day, Oklahoma is the target of types of remote attacks.

The room is located inside the Oklahoma Office of Management & Enterprise Services building on Lincoln Boulevard.

In February, a hacker was able to change lye amounts in a Florida town's water supply.

In 2018, Oklahoma City Public Schools was the victim of a ransomware attack.

“It was our tipping point,” said Eric Hileman, OKCPS's director of IT services.

Only 26 of the district 10,000 computers were compromised.

“The impact of the shutting the Internet down and network down for a week while we went through this was huge,” said Hileman.

Hileman immediately reached out to Singleton for help.

“They have a playbook,” said Hileman.

“We now have partners in Texas, Colorado and Arkansas that actively participate in the sharing of the threat intelligence,” said Singleton.