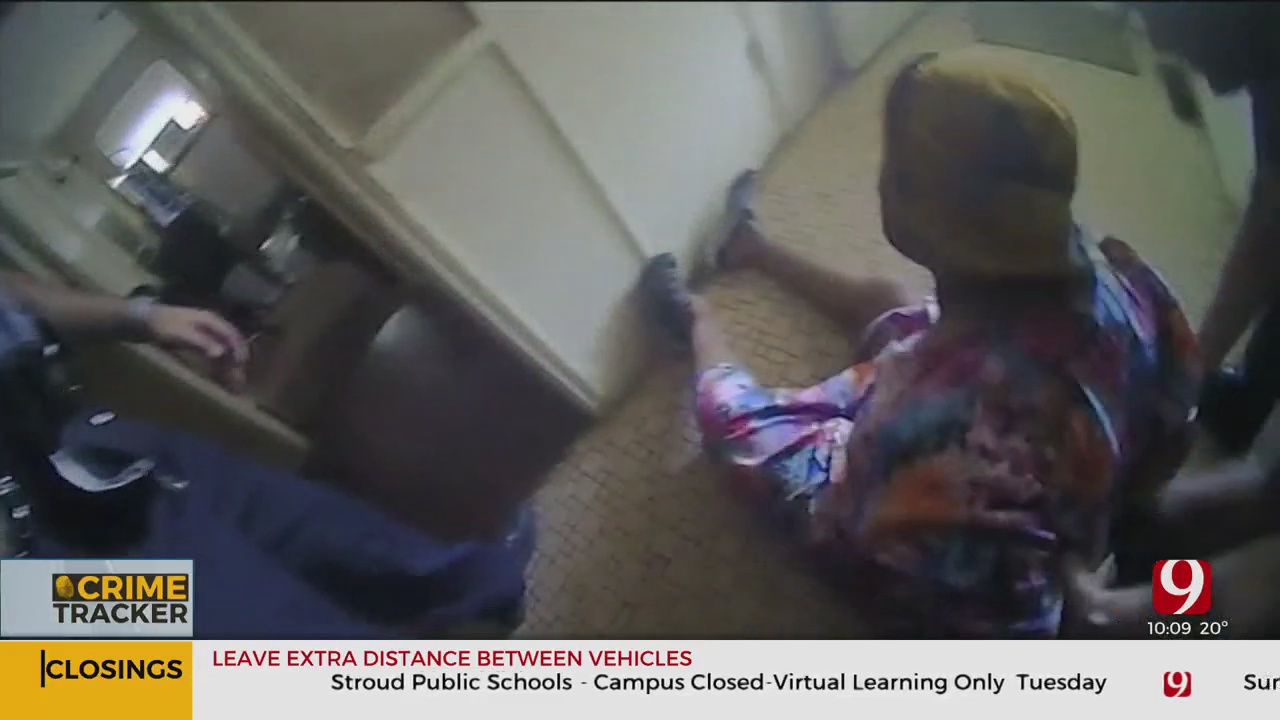 A review of body camera footage led to disciplinary action against three Oklahoma City officers. The video shows a woman being forcefully detained in her home back in August.

Officers handcuffed the woman when they said she refused to let them execute a warrant for her grandson.

He is accused of making a bomb threat to a health care facility in Oklahoma City.

Police: Ma’am, please move out of the way.

Police: He has a warrant for his arrest.

Police: Get out of the way.

Once inside the house, police see the woman's grandson run, and before barricading himself in a bedroom they said he threw a knife at them.

Woman: I live here with him.

Police: Okay, you get back.

Woman: No y’all are going to shoot!

The woman explains to police her grandson is sick and isn't armed.

Woman: He is manic depressive, he's manic I’m telling you all.

Woman: He don't have a gun.

Police: We don't know that ma’am.

Woman: I know that!

Police: You're fixing to go sit in the car!

Woman: Hey I have heart problems!

Police: Stand up! Stand up! You can walk, get to the car!

Police: Relax! Relax. We are going to the car.

Woman: I just told you he didn’t have a gun, and I didn't want you to shoot him!

The woman was escorted to a patrol car.

Police: You didn’t have to resist.

Police: Are you going to walk?

Another officer removed the woman’s handcuffs, and she was eventually released after her grandson's arrest.

In a statement Monday police said corrective action to include discipline and training was taken to ensure future calls are handled appropriately.