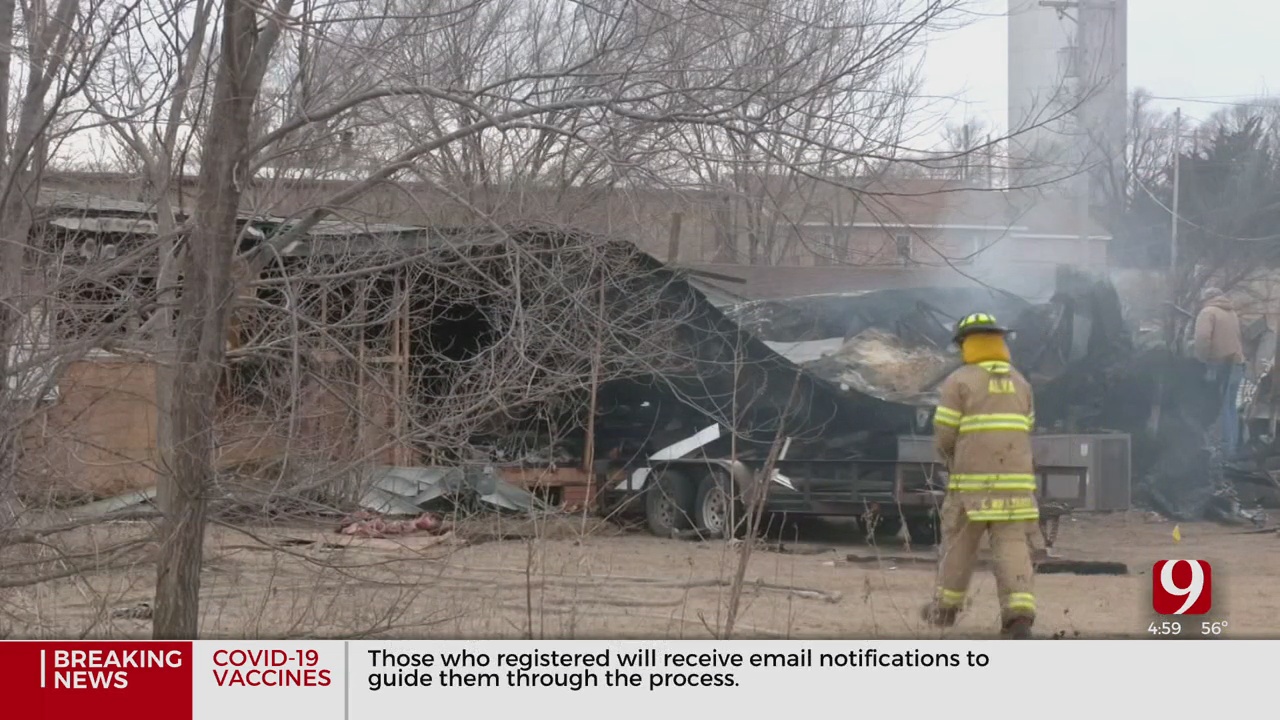 Of the four people who died, two were Waynoka firefighters and two were residents of the home.

Firefighters were called shortly after 3 a.m. to a home in the 1700 block of Locust Street in Waynoka.

The two firefighters went inside the home to look for the two residents when the roof collapsed, officials said.

“It’s going to be a time consuming investigation, we’re going to have to go slow and it will take a while to dig through it," said James Fullingim, the assistant state fire marshal.

An employee at the inn across the street from the fire saw the flames from his office.

“It looked like it was further away, so I wasn’t real worried about it, but it kept taking longer and longer, and I kept watching and it got closer," said Gene Withrow, the general manager at Trails Inn and Suites.

For this town of roughly 2,000 people, Withrow said the impact is great.

“This is going to affect quite a few people here in town. I imagine it will be rough on the whole town right now, but, this is a strong town,” he said.

The cause of the fire is still under investigation, and the names of the victims are not yet being released.