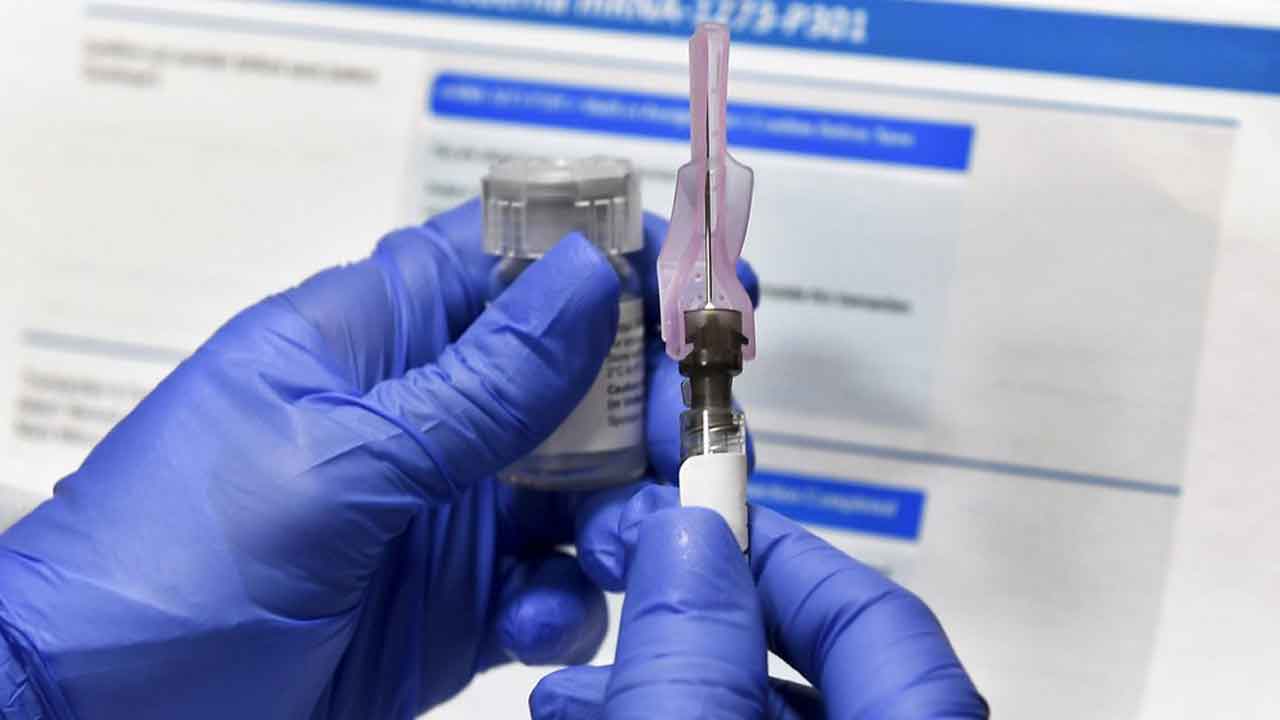 Americans who get the COVID-19 vaccine may feel some mild side effects, health officials warn. However, doctors are urging people to avoid trying to ward them off with a preemptive dose of Tylenol, Advil or some other over-the-counter pain reliever — because it could have negative effects on the vaccine's efficacy.

"My feeling on this is that certainly don't pre-treat with anti-fever medicines or anti-inflammatories," said Dr. Paul Offit, professor of pediatrics in the infectious diseases division at Children's Hospital of Philadelphia.

The Centers for Disease Control and Prevention lists common side effects from the vaccines including fever, chills, tiredness and headache, as well as pain and swelling on the arm that got the shot. But it says these are "normal signs that your body is building protection," and should go away in a few days.

Offit, who also advised the FDA during the COVID-19 vaccine approval process, noted two studies conducted in Australia and the Czech Republic on the effects of anti-inflammatory and fever-reducing medications in relation to other vaccines.

"The conclusion was that pre-treatment with anti-fever medicines decreased your immune response to a variety of vaccines," he explained.

The study in Australia, which examined the link between taking a fever-reducing medication and children's immune systems with the influenza vaccine, found that children who experienced a post-vaccination fever were better equipped immunologically to handle the virus. Depending on the viral strain, those who took a fever-reducing drug had fewer antibodies from the vaccine.

The Czech study found that babies who were given a fever-reducing medication prior to their early childhood immunizations had antibodies that "were significantly lower" than those who had experienced higher post-vaccination fevers. The study concluded that pre-medicating "should not be routinely recommended since antibody responses to several vaccine antigens were reduced."

Symptoms like fever, however, "pass very quickly," according to Dr. William Schaffner, a professor of infectious diseases at the Vanderbilt University Medical Center in Nashville, Tennessee.

Schaffner agreed that avoiding pre-medicating before a vaccine was "the standard recommendation," but he noted that the studies on the topic were "very, very small."

"We don't know whether this is true generally, or even whether those diminutions in antibody response have any clinical significance whatsoever," he said. "But they've been enough to make most of us somewhat cautious about recommending pre-medication."

After all," he added, "we do want everyone to achieve with those two doses as close to that 95% protection as we can get, right?"

Moreover, he said, there's no real reason to medicate in advance.

"This hasn't happened with such frequency that people have thought to pre-medicate folks, but have suggested that if people are experiencing these symptoms, to clearly take some medication for symptomatic relief on that day that they become ill," Schaffner said.

He said people who are looking for fever relief after their vaccination could turn to acetaminophen, the active ingredient in Tylenol.

Offit is encouraging people to let their bodies heal without self-medicating, if possible.

Dr. Leo Nissola, an immunotherapy scientist and adviser to the nonprofit COVID Act Now, offered similar advice in an interview on CBSN.

"Pre-medicating is not something that we recommend. I think we live in a nation that medicates to an extent that it is absurd. We need to acknowledge that. We also need to acknowledge the fact that not every single pain you have, you must take a pill for it," he said. "If you are experiencing a side effect from the vaccine, you should talk to your doctor and he or she should medicate you. ... But again, self-medicating is never a smart choice."

Schaffner and Offit described different personal experiences when they got the vaccines themselves.

Offit had received his second vaccine dose 10 days prior, and said, "I can tell you my second dose was not fun." For two days he experienced symptoms including a fever of 101 degrees, joint pain and fatigue — but said he "hung in there" and is "better for it."

Both the Pfizer and Moderna vaccines require two doses several weeks apart, and while reactions to the first dose are not as common, Offit warned based on his own experience that they can occur.

"I had about 10 hours of low-grade fever and fatigue, but the fatigue was significant. I hadn't ever experienced this level of fatigue before in my life. I felt like I was under water," he said.

Schaffner, who also received both doses, only reported "a tender arm" as a side effect — which he described as less impactful than the "sore arm" he would associate with the flu vaccine.

"When I get flu vaccine I actually get a sore arm — when I move my arm I feel it," he said. "Here I didn't, but if I actually touched the inoculation site, it was a little bit tender. And that lasted for two days, on both occasions."