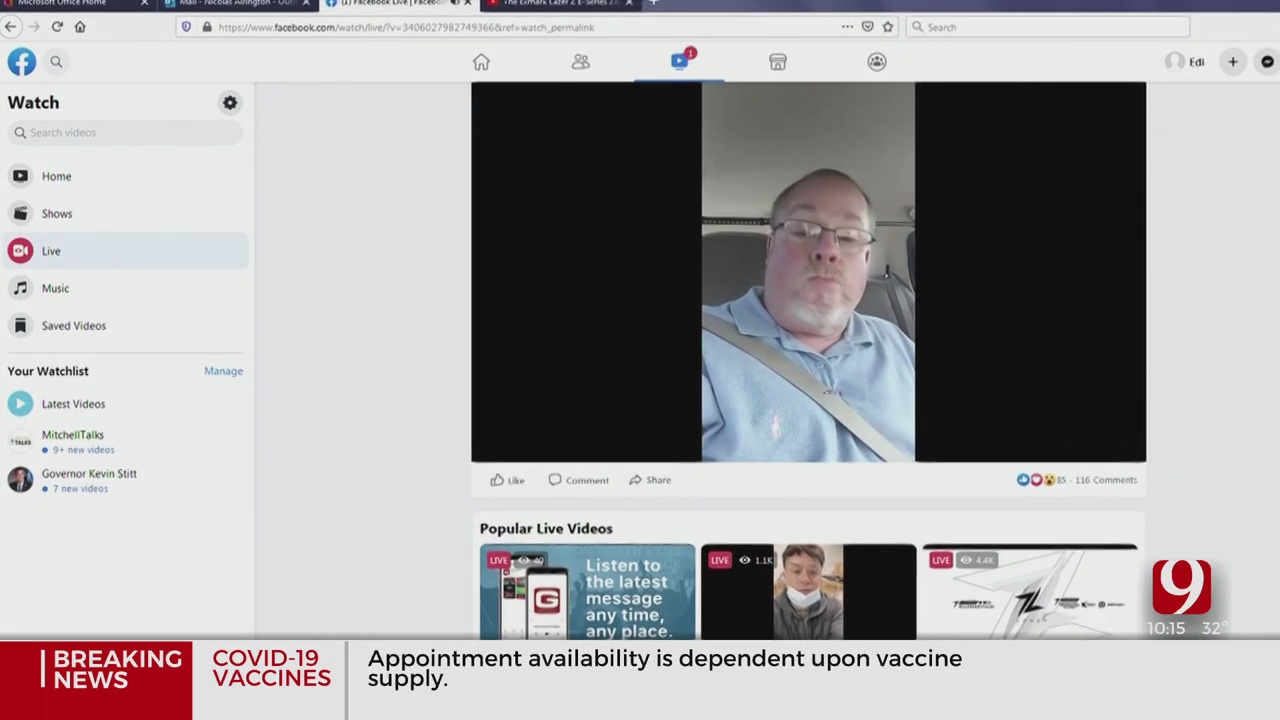 A $4 million judgement was awarded to a Pauls Valley city leader, whose attorney said he was the target of a string of Facebook rants.

This week a judge found in favor of the defendant, Pauls Valley Vice Mayor Patrick Grimmett.

The face behind the videos is Skip Mitchell, the owner of Forum Consulting Group.

Mitchell said despite the judgement he stands behind his statements.

“Mr. Grimmett, son, I’m not going to hold back on the fact I can't stand your [expletive]” Mitchell said in a video shared on social media. “I can’t stand, at one point, that people were scared of you until we learned what you're made of. I don’t have any use for a man who slaps a woman around.”

Pauls Valley Vice-Mayor Patrick Grimmett's attorney said they were forced to file a lawsuit for defamation.

“He’s made horrible allegations all of which are false, he taunted him and made comments about his family members,” said Grimmett’s attorney Brett Agee.

“It's rough on me personally, my wife, it's not good on our business when you have someone making these allegations about me,” said Grimmett

Grimmett's counsel said Mitchell and his followers targeted Grimmett following the closure of the city's hospital.

“The city arranged for loans, and there were loans made by Pauls Valley National Bank, which is owned by the Grimmett family, their bank bent over backwards to keep the hospital open,” said Agee.

Mitchell said the suit was filed the same day an audit was ordered into the closure of the hospital.

“This is I believe retaliation,” said Mitchell.

Something Grimmett's attorney said he's confident will not go in Mitchell's favor.

“I think people who are expecting something to come of the audit need to look at this judgement and realize Mr. Mitchell’s claims are untrue,” said Agee.

Mitchell said he plans to appeal.