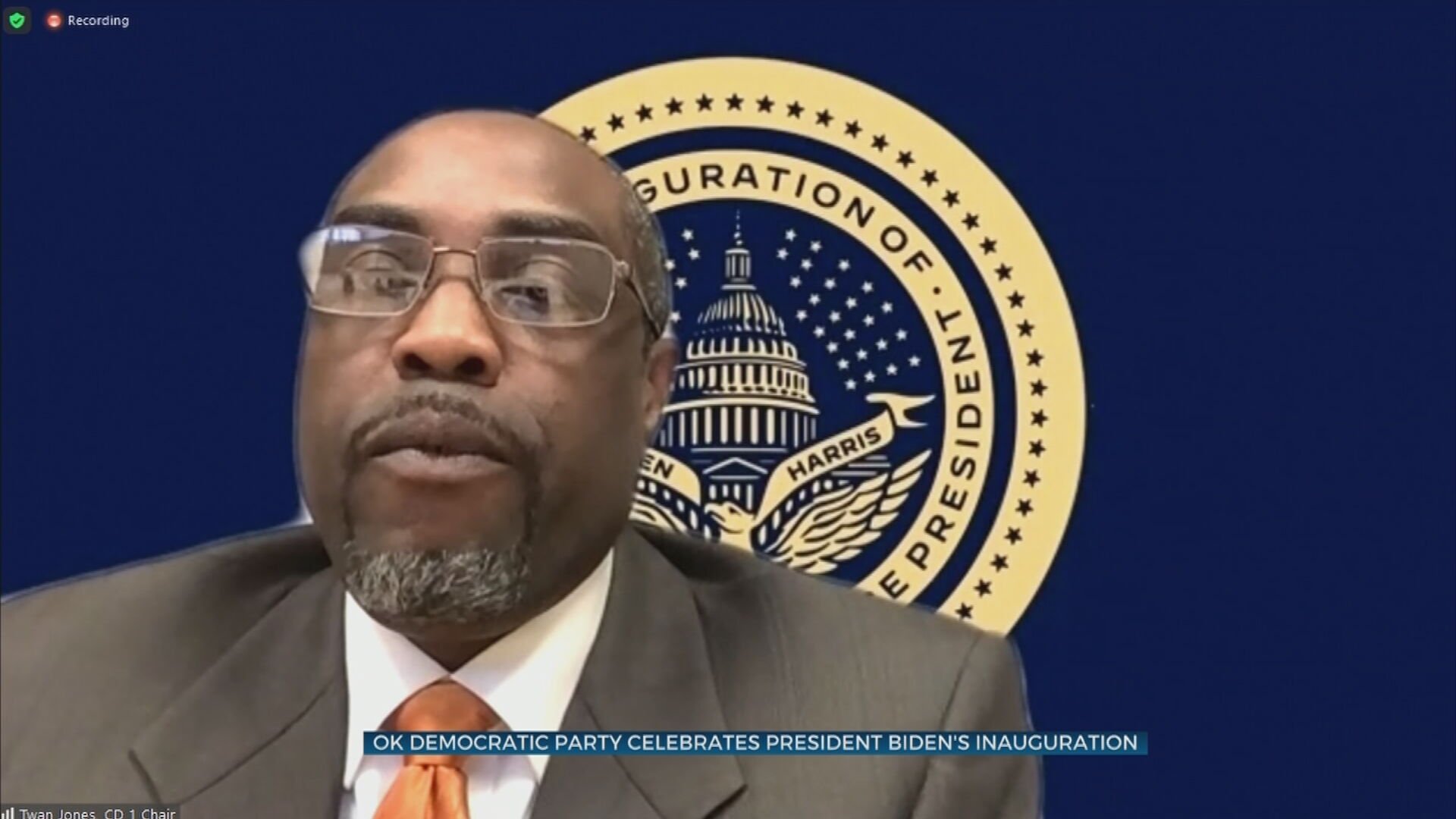 Members of the Oklahoma Democratic Party celebrated President Biden’s inauguration virtually and said they are hopeful under a Joe Biden administration.

Party chair Alicia Andrews said many democrats, especially in Oklahoma, have been upset with Donald Trump as president. Oklahoma also lost the only democratic congressional member when Kendra Horn lost to Stephanie Bice in November.

Andrews said a Biden presidency is giving Democrats hope in Oklahoma and beyond. She said so far, they are encouraged by what they feel is Biden's goal to unify the country and focus on bipartisanship.

Speakers said they're hopeful Biden will raise the minimum wage nationally, increase access to healthcare and place a moratorium on evictions.

While they know Oklahoma is a very red and conservative state, they hope Oklahomans give Biden a chance.

"President Biden was clear that he was not interested in further dividing people of Oklahoma, the people of the United States,” said Twan Jones, chair of Congressional District 1 for the Oklahoma Democratic Party. “So, we're proud that we have a President now that believes in the United States of America and not a President who has no moral compass."

“Today marks a new era in Washington and our country, and my concerns, along with millions of Americans, are very deep. Despite the constant venom spread by leftists and the national media toward him, Donald Trump stood tall and was an excellent president. His record proves it, and while I wish no ill will on the new administration, I have zero confidence they have the political courage to shun the Democrat Party’s elite, leftist congressional leadership in order to do what is right for the United States in any number of areas that impact the daily lives of our citizenry.”