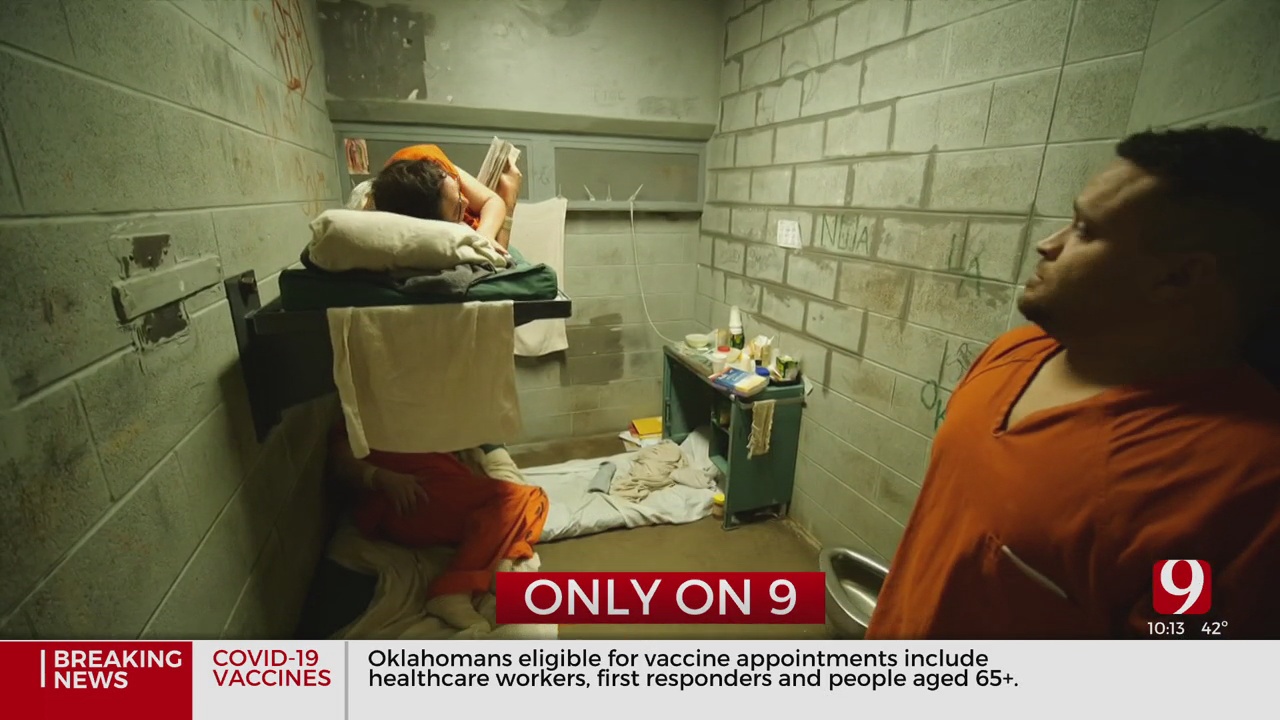 The Oklahoma County Jail has been under a spotlight since it was first constructed in the early 1990s.

District Attorney David Prater said his office is working to determine if jail administration or the facility’s controlling trust were aware of staffing deficiencies or conditions that may have contributed to inmate deaths.

“Those responsible for the operation of the jail may be held criminally liable if evidence exists to prove that they knew of the staffing deficiencies and conditions that contributed to the inmate deaths, and did nothing,” Prater said in a statement.

“A lot of nights we’ll have one staff member working this entire floor, so it’s impossible for one person to look at 200 cells,” Williams said.

In August, the Oklahoma City Police Department removed 20 booking employees from the facility.

“The shortage of manpower at the jail is the main reason for the move,” OCPD Captain Larry Withrow said in an August email.

Despite low staff levels, according to Williams, the jail has not seen an increase in staff use of force reports, assaults on staff members or inmate on inmate crimes.

“You get that perception or that feeling when you walk around that there’s not as many staff as you’d like to see, you kind of get the feeling that it’s more dangerous than it is, but really I haven’t seen data that would support that,” Williams said.

Over a 16 day stretch ending 2020 and beginning 2021, four detainees died in jail custody. One is being investigated as a homicide at the hands of a cellmate.

Despite the jail holding 1,000 fewer inmates compared to its 2004 all-time high, more than half of current detainees live in overcrowded cells.

1 In 5 Detainees Sleep On The Floor

“There’s three people to a cell but there’s only two beds,” One detainee told News 9. “I sleep on the floor on a mat three feet away from the toilet.

The facility was built to hold 1,200 detainees. On January 4, the jail held 1,769 inmates, with 930 inmates living three to a cell. One in five detainees are forced to sleep on the floor.

Williams said one reason inmates are living three to a cell is urgent repairs to the ill-designed, escape prone jail.

He said in just six months staff has discovered seven large holes to the outside through cinderblocks and rebar.

“All that we can gather, it was going to be an escape,” Williams said looking at a hole in a now empty cell. “It was the beginnings of an escape attempt.”

In his first month as jail CEO, two men accused of murder and rape escaped from the twelfth floor using bed sheets. The facility didn’t know of the escape until they were alerted by Oklahoma City Police more than an hour later.

Another issue contributing to overcrowding is the speed in which inmates receive a trial.

“The county jail is supposed to be a place in which you are kept waiting to go to court, not sitting here waiting to move on and serve your sins elsewhere,” a detainee said.

“Absolutely there’s bedbugs,” Williams said. “We spray pods, we’ve sprayed floors, we’ve sprayed individual cells, we do cells of three. We hit the cell that has the reported bugs and then we hit both cells on each side.”

He said mold is also an issue due to exhaust stems that “don’t really work like they should.”

“There are leaking sewer pipes and there are problems, absolutely,” he said.

“It was the first time that I’ve really been able to see it,” Jail Trust Chairwoman Tricia Everest said sitting on a bench in an empty pod. “We can definitely lose sleep over (inmates’) well-being, but to see it in real life is pretty shocking.”

Everest said COVID-19 has kept her away from touring the facility.

“The problems did not start on July 1,” she said.

The jail trust headed by Everest hired Williams to take over the jail in July. Five months ago, the board of county commissioners voted to give the trust $40 million in federal COVID-19 relief funds to fix many of the jail’s issues.

Everest said she was surprised by the furious public comments that followed the hasty transfer to the jail.

“I was very surprised,” she said. “It was fascinating at the end because there wasn’t anyone who came before us, generally speaking, that didn’t disagree with everything that Greg and his team found to do, that all of these things were necessary and imperative.”

The jail ultimately spent only $15 million in CARES Act funds on everything from air handling and plumbing upgrades to COVID-19 testing and video conference systems for court appearances.

The nine-member trust voted to return the remaining $25 million in fear they would not have time to spend it ahead of the end-of-the-year deadline.

In August after protesters shut down a jail trust meeting, Everest agreed to the crowd’s demand that she spend a night in jail. In retrospect, she said she wishes she could take that promise back.

“The reality is I could not have experienced the trauma that people go through when they’re being arrested and recognize what those individuals wanted me to see from their experience, with their loved ones experience, it would not have been as possible,” she said.

The chairwoman said the staff under Williams has done a formidable job of changing the culture at the jail.

“We are in it for the long-haul, we’re in the marathon so I’m not going to be as worried about how many people don’t believe in that process at the beginning,” Everest said.

“A lot of the mentality in most prisons and jails is a cops and robbers approach where the population is the robbers and the staff are the cops,” Williams said “You can’t do a lot of good work unless there’s some sort of rapport, some sort of respect, some sort of trust level and really the way you do that is by supplying people with their basic needs and making people feel like they are important and cared about.”

Despite at times overwhelmingly poor conditions inside the jail, inmates who spoke with News 9 said they have seen an improvement in conditions since the trust took over from Sheriff P.D. Taylor.

“Their efforts are noticed,” One detainee said. “They’re coming in and doing a lot of cleaning and the plumbing issues, they’re trying to take care of our bedbugs.”

“I think it’s gotten better, for the good,” another said. “The food, stuff like that.”

Williams said he feels staffing issues may be turning a corner. He’s optimistic repairs paid for by federal CARES Act funds will drastically improve mold and sewage issues. If Williams is right, he said the culture will begin changing inside the walls of the jail.

"I think really expressing (to inmates) that we do care about them, that things are important to us. I don’t like the fact that they have bedbugs and I’m doing something about it and whether I get rid of the bedbugs or not, it’s important, but really I think the more important thing is that they see me fighting for them and on their side to get rid of it.”