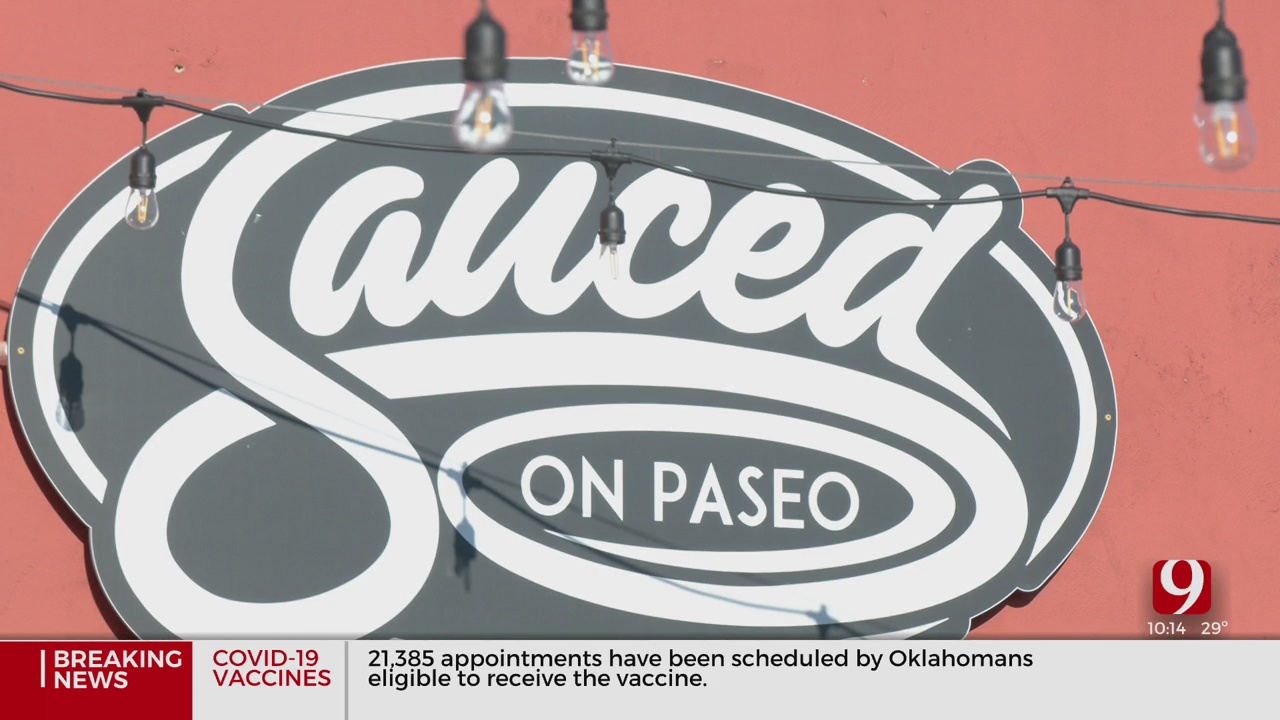 A restaurant in Oklahoma City’s Paseo neighborhood is closed after a fire broke out Sunday night.

“Got a call from our manager on duty that we were having a fire,” said Lesley Rawlinson, the owner of Sauced on Paseo.

No one was hurt in the fire, which firefighters estimate caused roughly $50,000 in damage.

“It's a mess in there. But it is a building, and it can be prepared,” Rawlinson said.

The fire sparked in the attic, according to a spokesperson for the Oklahoma City Fire Department. The exact cause was undetermined.

Roof damage is visible near the restaurant’s front door.

“There’s a lot of damage where the fire department had to, obviously open things up to get to the fire and put it out,” Rawlinson said.

Rawlinson and General Manager Jeff Anshutz said they had recently made changes to expand service by adding hours for lunch and a happy hour deal. Plans to improve the restaurant will continue after they evaluate the damage and clean, they said.

“I feel like right now we just got to keep going. That’s what we’ve got to do,” Rawlings said.

“We already were in discussions about doing a remodel,” Anshutz said. “We obviously didn’t want to do it this way, so it’s kind of forced our hand. But we were already talking about doing some revamping.”