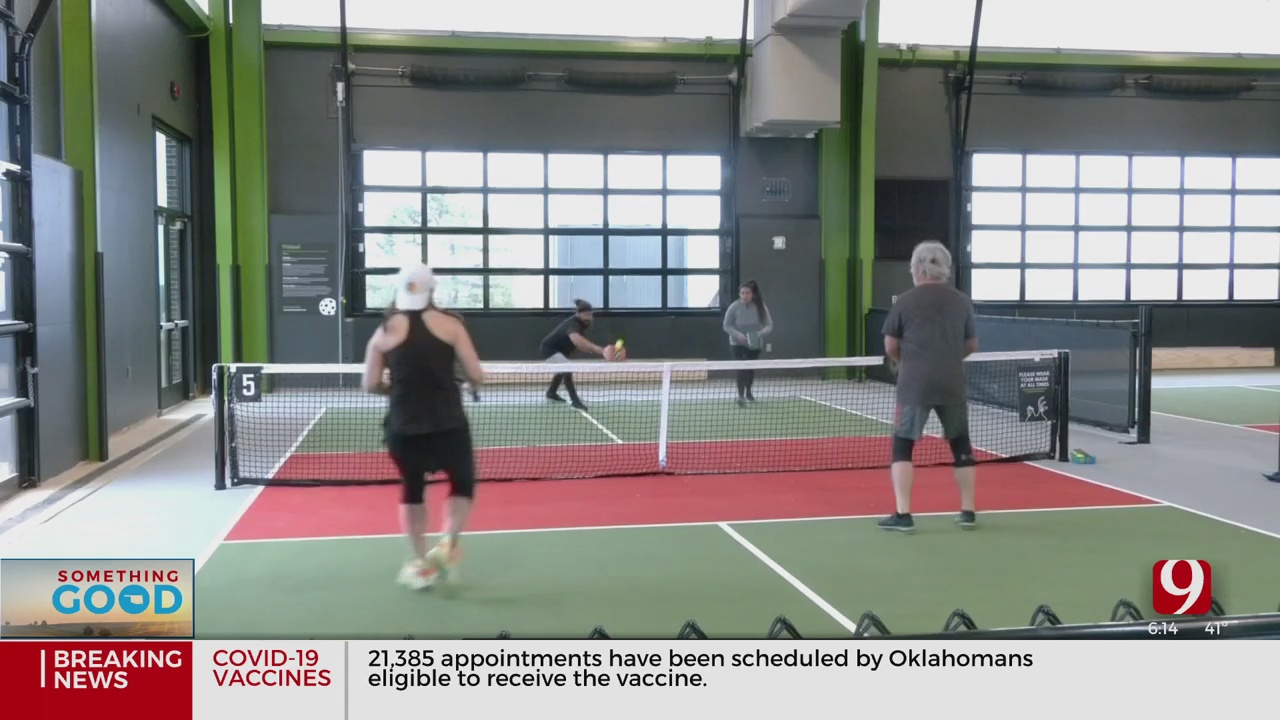 You may not have heard of pickleball, but in Oklahoma City, it’s a big dill.

“It’s a lot bigger than Oklahoma City realizes and I feel like the Oklahoma City local community is going to continue to grow," said Joe Wolf, GM of Chicken N Pickle OKC.

So, it’s no surprise that Chicken N Pickle decided to open its newest location in OKC.

While the restaurant/court complex won’t officially open for another two weeks, they hosted around 70 competitors for a 2-day tournament last week.

“The competition was absolutely fierce," said Linda Piatt, one of the competitors.

“The people are like the best people ever," said pickleball player Marva Stroman.

If pickleball isn’t your bread and butter, think of it as a less physically demanding version of tennis without sacrificing the fun and competition.

There are differences, like the middle of the court being off limits to encourage more volleys, along with paddles instead of rackets.

While it’s all fun and games on the court, the tournament benefits a very serious cause. One hundred percent of the proceeds go to Operation Underground Railroad, an organization that saves children from sex tracking and exploitation.

“When you have so many people involved in a sport, I think it’s important that we come together to make a stand for community issues and global issues," said Juli Cowden, a member of the Greater Oklahoma Pickleball Club.

The tournament is part of Chicken N Pickle's Our Hearts Are Local program.