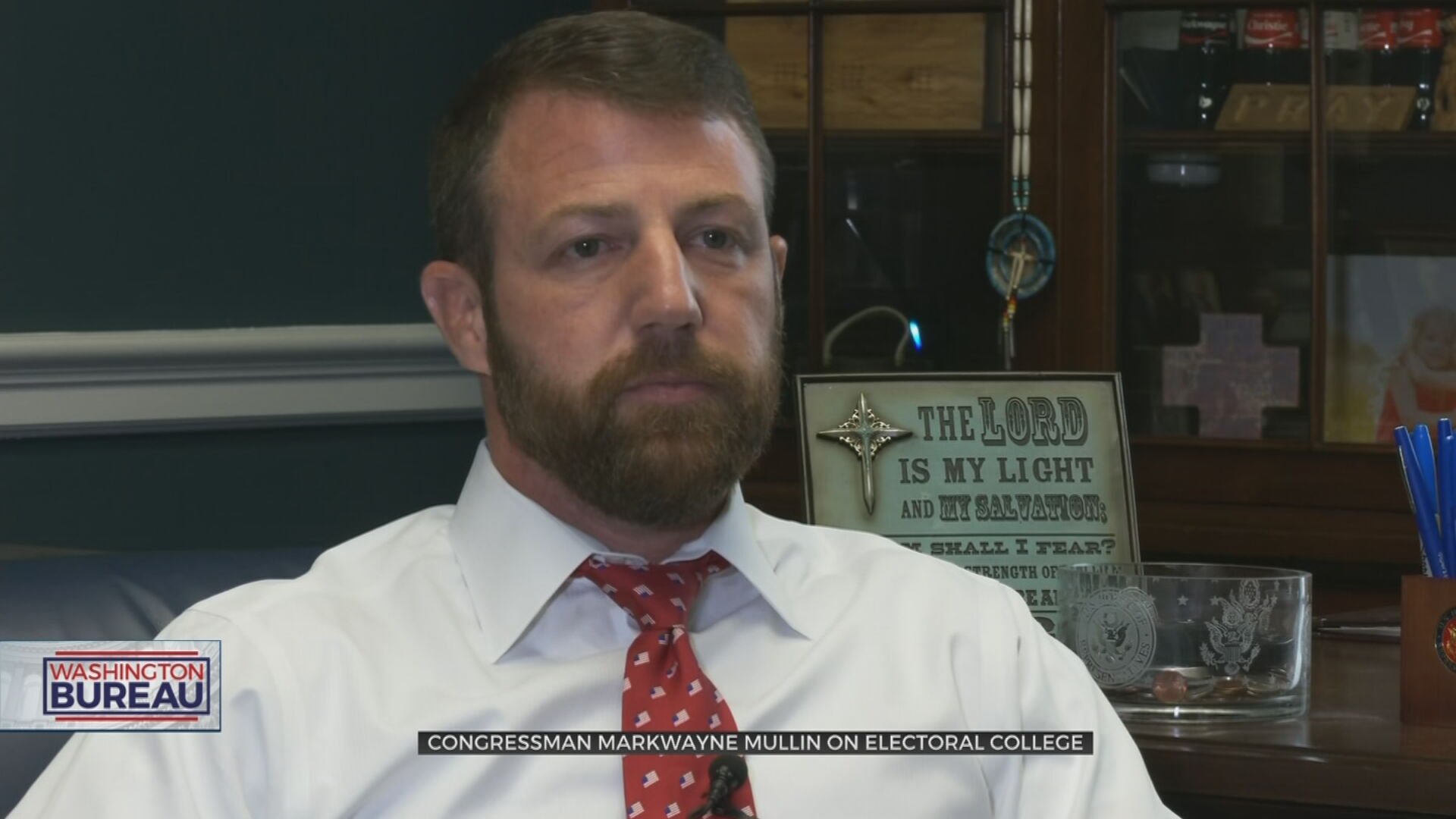 President Trump's time in office is down to just over two weeks, this despite his efforts, and the efforts of some of his supporters in Congress. to overturn the election. One of those joining the President in his unprecedented fight is Rep. Markwayne Mullin, (R) OK-2.

Congressman Mullin is as staunch a Trump supporter as there is in the Oklahoma delegation and on Wednesday will demonstrate his allegiance, not only to the President, but he says to the future of our nation, by contesting the election results in four states: Wisconsin, Michigan, Pennsylvania and Georgia.

"Knowing what I know about those states," Rep. Mullin stated in an interview Monday. "There's no way I could sit there in good faith and allow the electoral votes to move forward."

What Congressman Mullin claims that he and other Republicans know is that, due to COVID-19, those states made special provisions for people to vote that violated their respective state constitutions.

"The argument that we are making is that those ballots should have never been cast," Mullin explained. "Because it wasn't inside their constitution, regardless of what the courts want to do."

The courts, including the U.S. Supreme Court, have dismissed cases containing such claims, while elections officials in those states insist there is no evidence that any significant number of votes were either cast or counted improperly. The states all certified their electoral votes in December.

The drama surrounding Wednesday's electoral college challenges took on even more weight this week with the release of a recording of a phone call President Trump made to Georgia Secretary State Brad Raffensperger last weekend in which he urged Raffensperger to change the state's vote tally, falsely claiming that he 'easily' won the state.

Congressman Mullin wasn't prepared Monday to comment on President Trump's controversial phone call to the Georgia Secretary of State, saying he hadn't had time yet to fully review the transcript. He did say, no matter what, the fight's not over: "The integrity of our election is at stake here," he said.

Mullin said he's not ready talk about Joe Biden becoming the next president. He said just as Democrats were unwilling to Donald Trump as their President following the 2016 election, he doubts he'll be able to accept Biden as his.

"To me, with as many questions as happened in this election," Rep. Mullin explained, "I'm still going to say he's an illegitimate president, if he does end up getting sworn into office."

There is every expectation that Biden will be sworn into office on January 20. The challenges Wednesday will draw out the process, but the electoral college results will almost certainly be approved during a joint session of Congress.