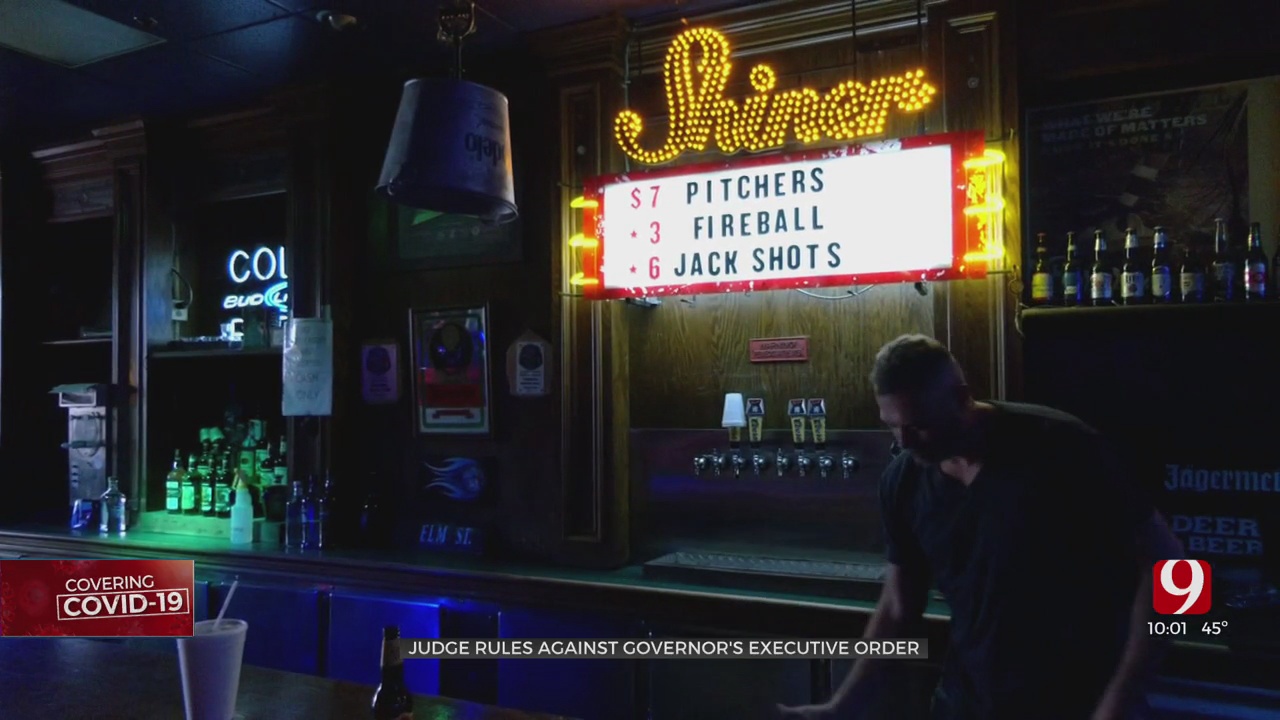 An Oklahoma County district judge acted in favor of several bar and restaurant owners seeking to undo one of Gov. Kevin Stitt’s executive orders, which required businesses to stop serving food and drinks after 11 p.m.

Judge Susan Stallings granted a temporary restraining order against Stitt and the ABLE Commission, the agency enforcing the rule, as requested by six business owners.

Frank Urbanic, who represented the businesses, argued the governor did not have the ability to impose the restriction, and the ABLE Commission did not have authority to enforce an executive order.

Stitt disputed the order in a statement:

"I am disappointed in today's ruling because my first priority as governor is to protect the health and lives of all Oklahomans. Many other states have closed bars completely and banned indoor dining while my Executive Order maintains the right balance between protecting public health and keeping businesses open safely. We look forward to making our case at the hearing on Dec. 30,” Stitt said.

Although the order only applies to the six businesses who filed the lawsuit, an ABLE official said the agency will not be enforcing the rule at all until the matter is settled.

“We have no intention of enforcing the executive order statewide until the court has made a final determination,” said Steven Barker, Deputy Director of the ABLE Commission.

Stallings tasked the governor’s office, ABLE and the attorney general’s office to argue in favor of the rule at a hearing on Dec. 30. She said the state should present evidence showing a less restrictive limitation on restaurants and bars would harm public health and showing ABLE is authorized to enforce it.