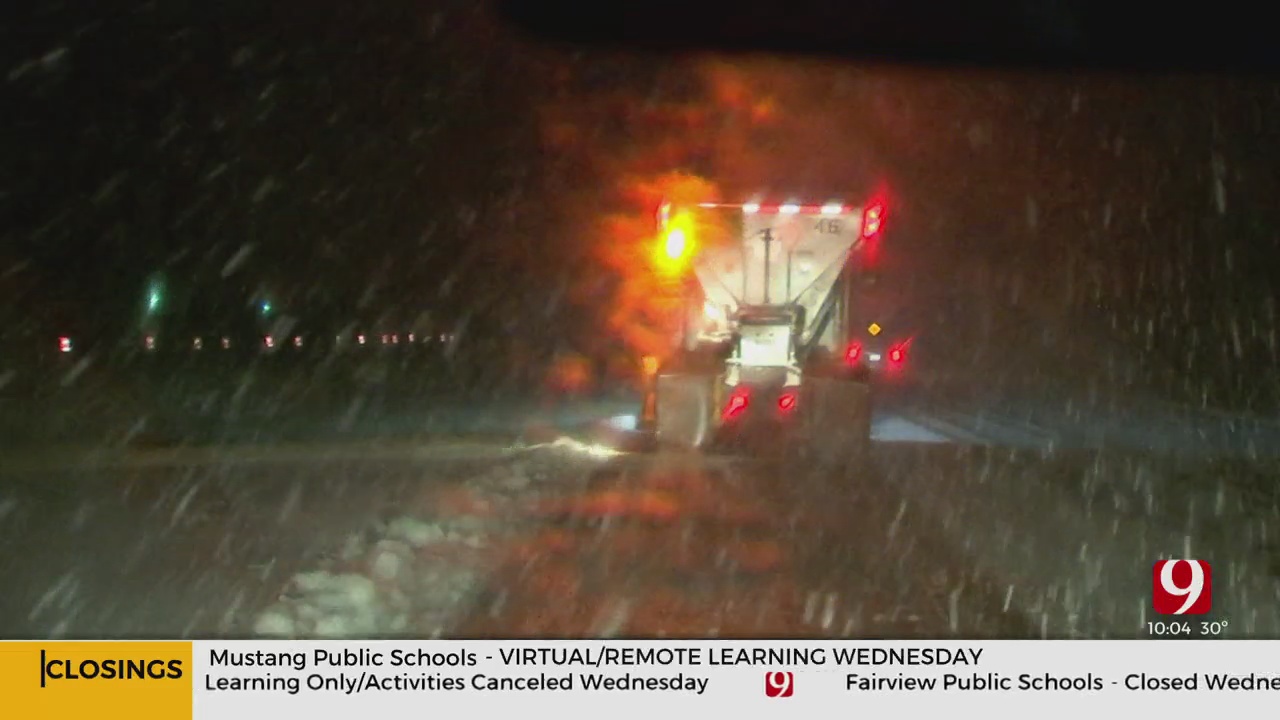 Oklahoma Department of Transportation crews aren't letting up -- just like the snow for much of the afternoon Tuesday.

In many parts of the state and in the metro ODOT crews have been working around the clock clearing snow covered roads and highways.

According to ODOT, as snow and temperatures continue to fall, and slush turns to ice, road crews will continue to circle the metro treating and retreating streets.

A combination of plows and sand and salt trucks are scattered throughout the metro area.

ODOT will continuously drive around to every interstate and highway, treating bridges and overpasses first.

While 50 trucks are in rotation ODOT spokesperson Mills Leslie said the public can help crews get the roads and highways treated and cleared faster by staying off of them.

“We've encouraged drivers to stay home. If they don't have to get out, the less traffic we have the better chances we have of clearing that sludge and snow off the highways.

ODOT said each truck can carry anywhere from five to 15 tons of sand or salt and will pick up more as needed.

If you must get out on the roads, ODOT asks drivers to stay 200 feet back.