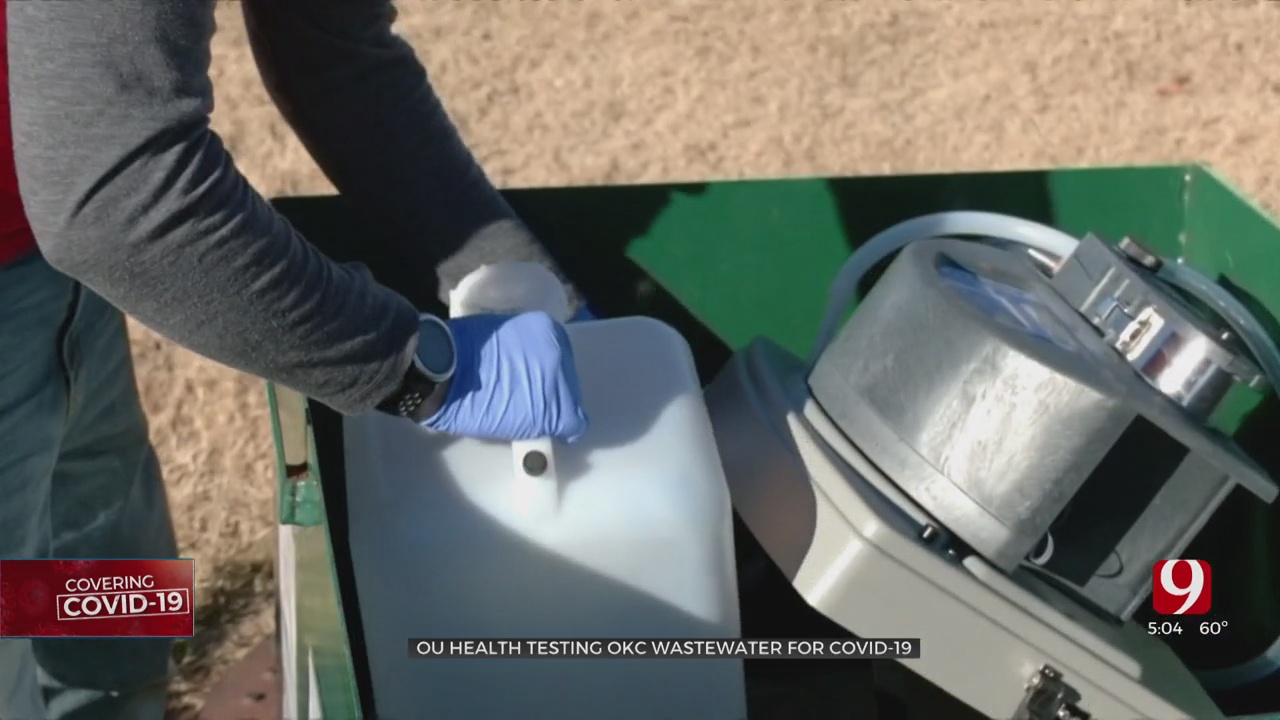 Researchers from both the University of Oklahoma and Oklahoma City are going underground to further study COVID-19 within the metro’s sewage system.

They said by sampling the wastewater, it could indicate early signs of potential outbreaks.

There are 15 sampling sites within Oklahoma City and each one can take up to two samples per week.

According to the Centers of Disease Control and Prevention, several people infected with COVID-19 shed the virus in their waste before developing symptoms. Because of this, researchers throughout the state are monitoring these sewage systems.

“This is a particularly helpful method because it doesn’t rely on the number of tests that are being administered in the community,” said Halley Reeves with OU Health.

OU began this process on their Norman campus earlier this fall. Those same researchers are using this technique in Oklahoma City. They said by sampling the water, it gives them valuable lead time which can be used to limit further transmission of the virus.

“Our data gives us about a five to seven day window ahead of when cases get reported,” said Bradley Stevenson, who is a part of the OU research team. "(It'll) Allow the city, allow the county to act quicker, to meet those outbreaks and hopefully allow those outbreaks to subside."

Researchers said over time, the results will show how levels of the virus are changing in the population. That will help public health officials further understand what resources will be needed in certain areas.

“Sample a population without having to actually have people get the samples themselves,” said Stevenson. “To get an idea of how prevalent COVID is in the community.”

To get the samples, they use a refrigerated automatic sampler to collect the wastewater over a 24-hour period, which amounts to about two gallons a day.

The City said they allocated around $535,000 of their CARES Act funding to help this research process. They said they’ll have more equipment to enhance each sampling site in January.