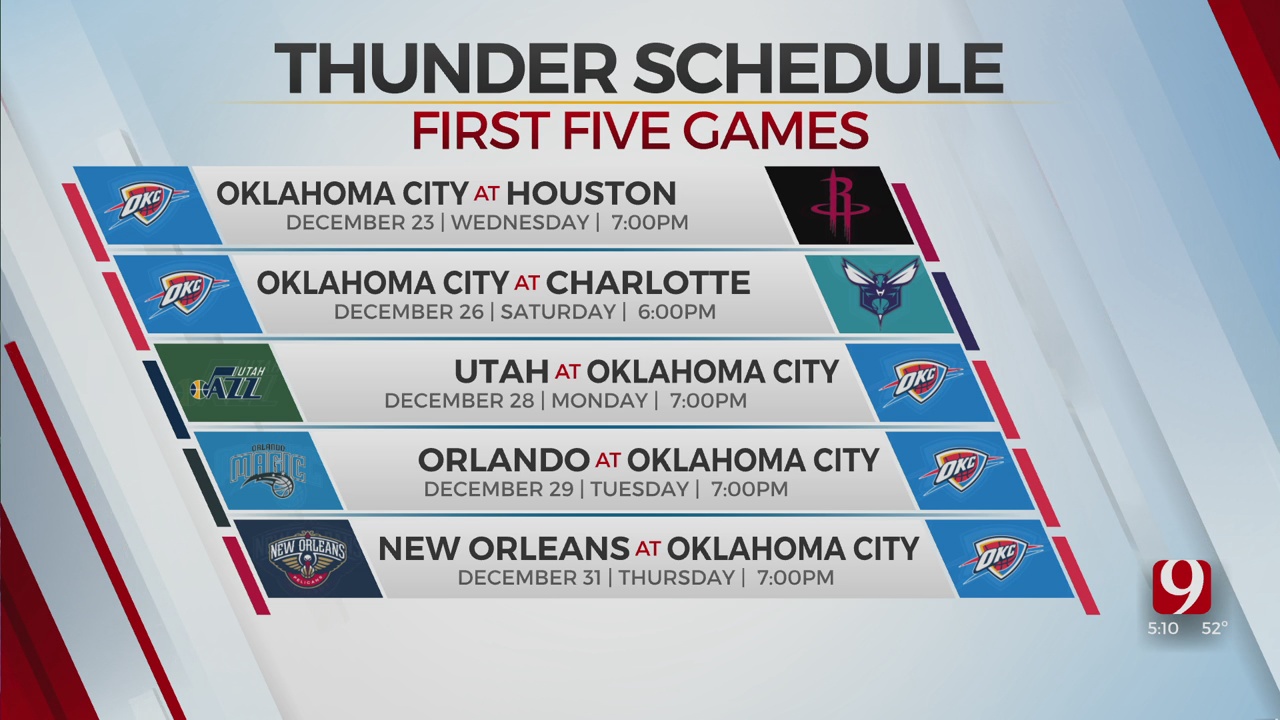 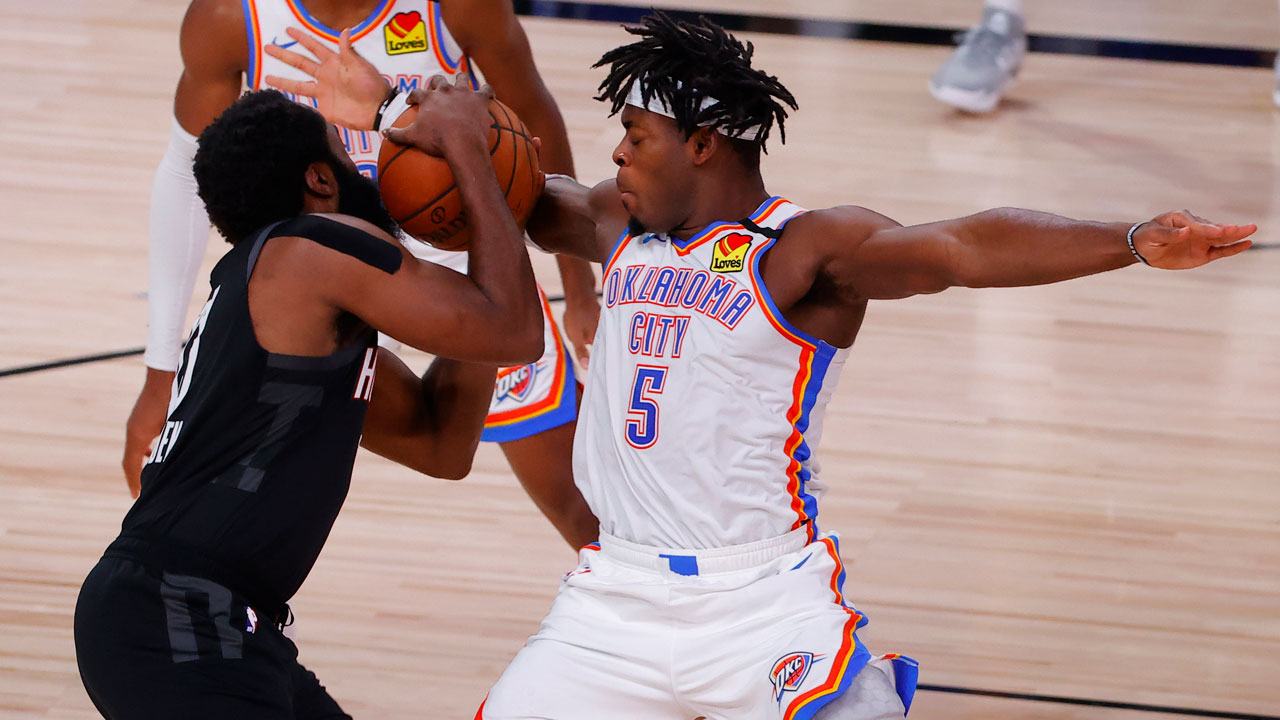 The Oklahoma City Thunder will open the 2020-21 season Dec. 23 in Houston, the NBA announced Friday.

Shai Gilgeous-Alexander and the Thunder play at home for the first time Dec. 28 against the Utah Jazz.

Oklahoma City will host a five-game homestand which spans from Friday, Jan. 29 against the Nets to two matchups against the Rockets on Feb. 1 and Feb. 3 and wraps with back-to-back contests against the Timberwolves on Feb. 5-6. Prior to that, the Thunder will hit the road for two trips that span five games during the month of January (Jan. 2 at Orlando through Jan. 10 at Brooklyn and Jan. 19 at Denver through Jan. 27 at Phoenix).

The Thunder will compete in seven back-to-back sets during the first half of the 2020-21 season, consisting of four home/home, two road/road and one road/home back-to-backs.

Fans can view and download the team’s 2020-21 first half schedule at okcthunder.com/schedule and sync to mobile devices on the Thunder Mobile App.

The schedule for the second half of the 2020-21 season will be released at a later date.