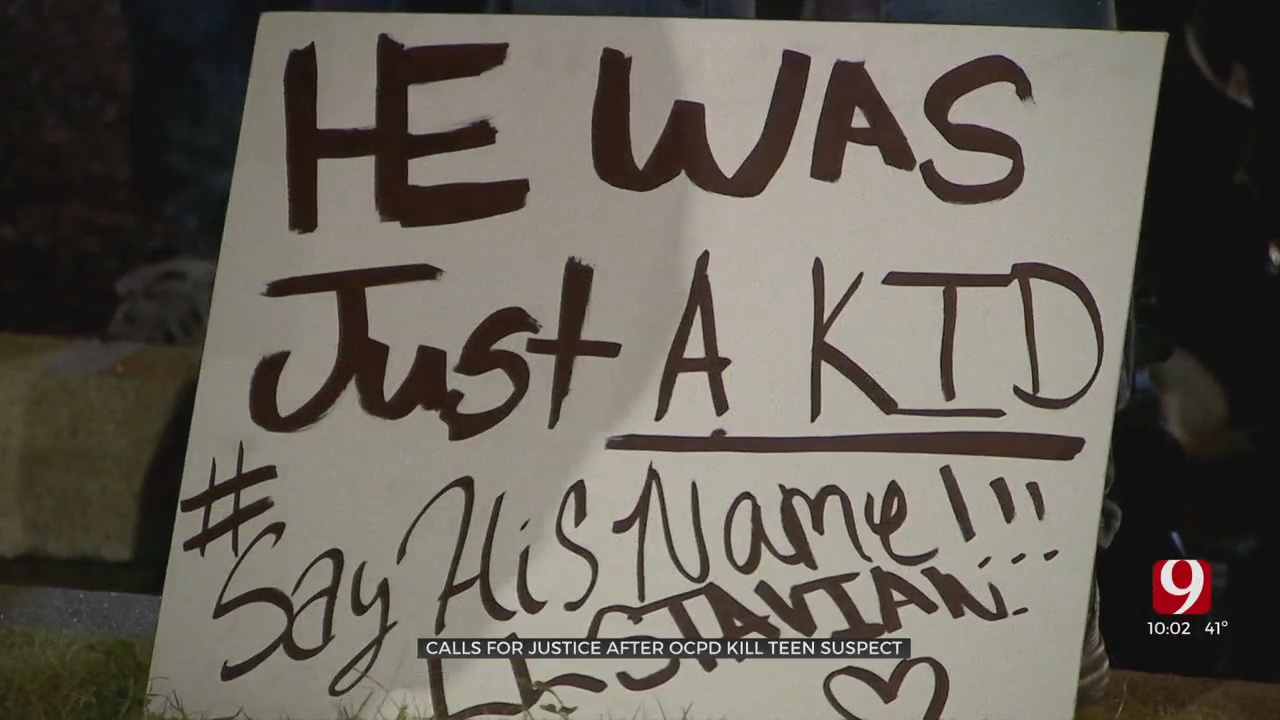 Protesters chanted the name of a 15-year-old shot and killed by officers outside of the Oklahoma City Police Department Wednesday.

Stavian Rodriguez was killed Monday after investigators said he held up a convenience store with a gun -- then came back.

But there are many questions from the community about whether lethal force was warranted.

Friends and family were emotional after video circulated showing the teen being gunned down seconds after he dropped his gun.

“His hands were going up as they shot, he dropped the gun it was laying on the ground, he went to pull his pants up and they thought he was reaching for another weapon,” said friend Alivia Hammons.

According to police, Rodriguez was shot and killed moments after he exited the store with a gun in hand.

“I just started bawling when they said it, ‘Stavo is dead.’ I was like no, no he's not. I just started crying,” said friend Breanna Stark.

“I was stunned I couldn’t believe it was him, I was just with him that morning. If I could have stopped him, I would do anything in a heartbeat,” said Hammons.

“Savian is loved and we won’t stop what we're doing until there are results,” she said.

Black Lives Matter OKC is calling for accountability and chanted “We want resignations, we want prosecution, we want termination.”

The night of the shooting witnesses said Rodriguez went to a convenience store, robbed the clerk at gunpoint, left, then returned to rob it again.

“I don’t know who gave him the gun if I could ask him I would. He never told me any names, we just asked him not to bring it into our house and that was the end of it,” said Hammons.

Friends wish they could turn back time.

“He didn’t deserve any of this he wanted to go back to school he wanted to change his life around,” said Hammons.

Black Lives Matter OKC will hold a press conference at 10 a.m. Thursday outside the police department.