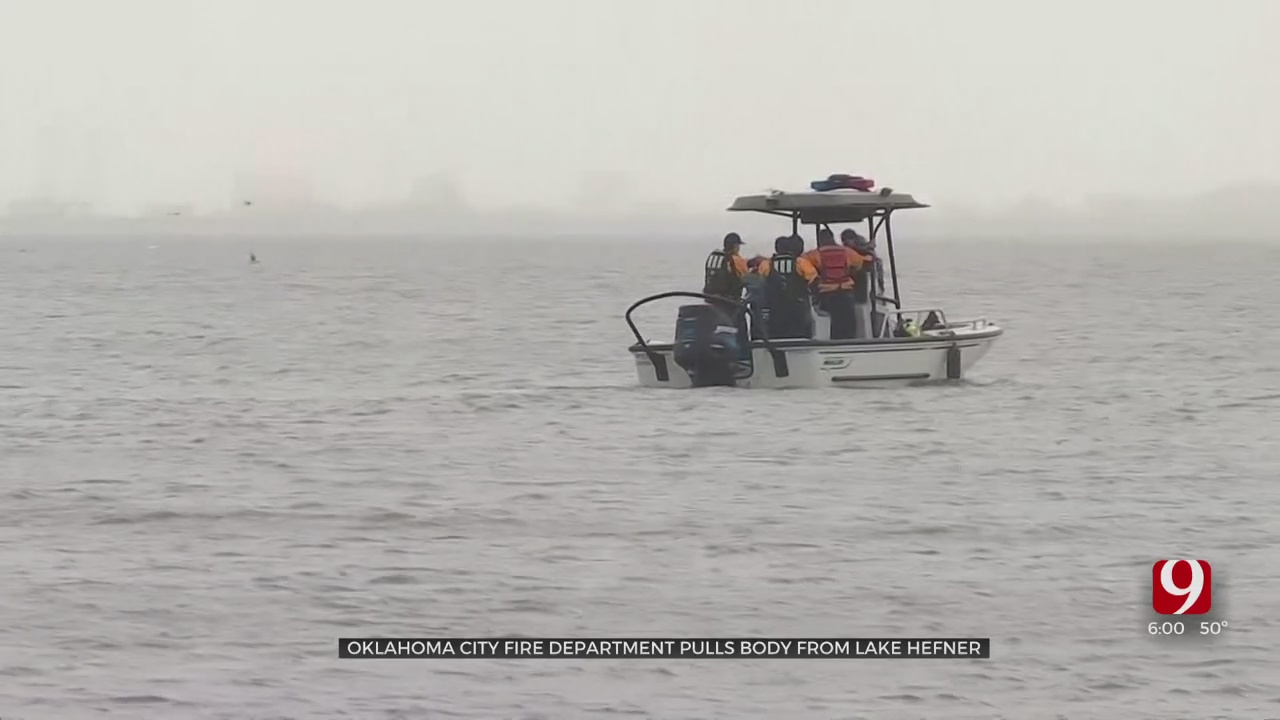 A rescue mission turned into a recovery Wednesday after dive crews with the Oklahoma City Fire Department pulled a body from Lake Hefner.

The body has not been positively identified but is thought to be of the missing 19-year-old, Durrell Anderson.

"It's tough any time of year," said Benny Fulkerson with the Oklahoma City Fire Department.

On the eve of Thanksgiving, the Anderson family received the news that a body was recovered from Lake Hefner.

Durrell's mother desperately looked on as dive teams began the search for him Tuesday.

"I just don't know what to do," said Jennifer Anderson, Durrell's mother.

News 9 is told Anderson was driving around Lake Hefner early Tuesday morning, with his 16-year-old sister in the passenger's seat.

According to reports, he misjudged a turn and his car plunged into the water.

His sister said she saw her brother escape the car before it sank but never saw him after.

Right before suspending the search Tuesday night, the teams reported seeing something in the water.

"They were able to identify something with sonar image. Just before it got dark, that could possibly be the victim," said Fulkerson.

Crews resumed the search and Wednesday and looked in the area where they believed the body was located.

"They spent a little time out here this morning, but we did put divers in the water, and after a thorough search, we did find the victim," said Fulkerson.

As crews brought the body back to shore, the family was devastated to hear a body was found.