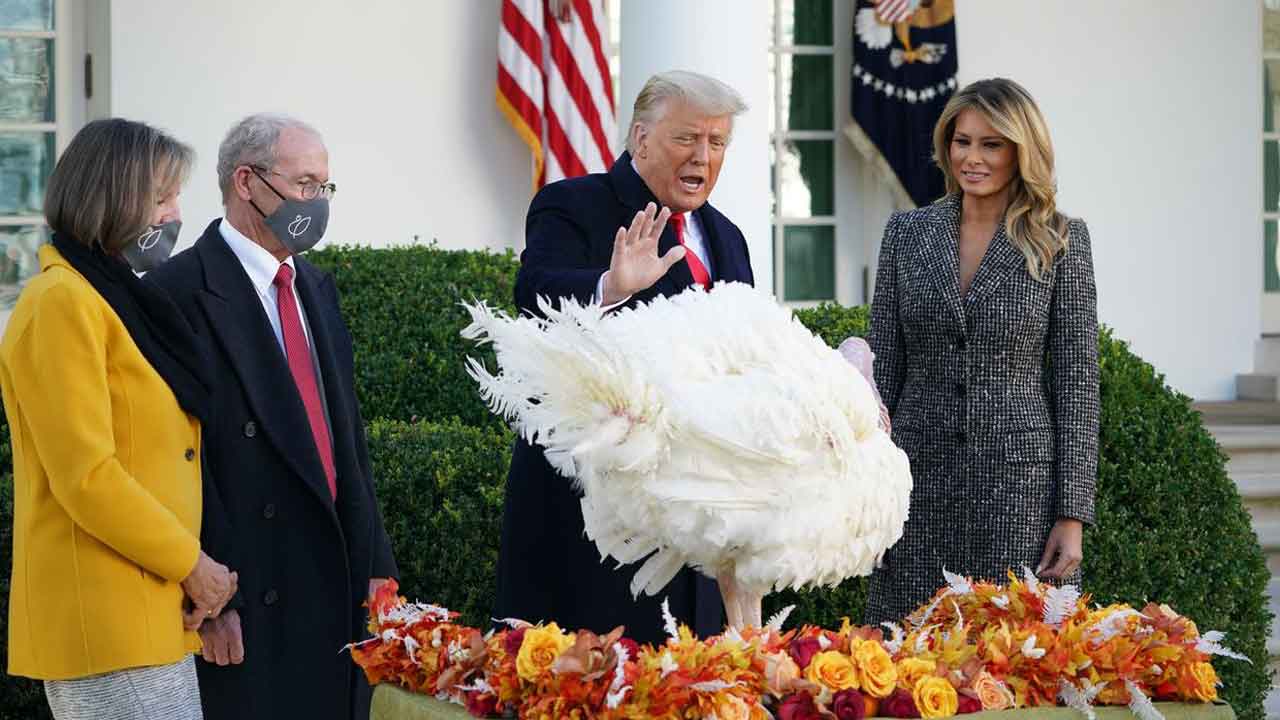 Mr. Trump exercised his pardon power during a Rose Garden event, granting the turkey named "Corn" a full pardon. The other turkey, Cob, will live, too.

Mr. Trump, who hasn't taken questions from reporters since Election Day, didn't respond to shouted questions after the pardoning. Before the turkey pardon, Mr. Trump called this time "very unusual but in so many ways very very good," saying the nation can give thanks for vaccine progress.

"We give thanks to the priceless freedoms that we've inherited and we ask God to watch over and protect our nation," the outgoing president said.

Both birds, who made the trek from Iowa to Washington, D.C., for Tuesday's event, are expected to live out the rest of their days at Iowa State University. Corn and Cob were raised by Ron Kardel, chairman of the National Turkey Federation and a sixth generation farmer from Walcott, Iowa.

The annual turkey pardoning, which dates back to President George H.W. Bush, comes after GSA Administrator Emily Murphy sent a letter to Mr. Biden on Monday that called him the "apparent" winner of the presidential contest. Known as a letter of ascertainment, the pronouncement begins the formal transition process and gives Mr. Biden and his team access to $6.3 million, federal agencies and staff and government facilities.

Mr. Trump, however, has vowed he will not concede and continues to claim without evidence that the election was rigged. The president has seldom appeared in public in the three weeks since the election, and when he has participated in events at the White House he has not answered questions from reporters.

Despite the president's unwillingness to acknowledge his defeat, states are certifying their election results, with Michigan doing so Monday and Pennsylvania certifying its results Tuesday. Nevada is also expected to certify its results on Tuesday.