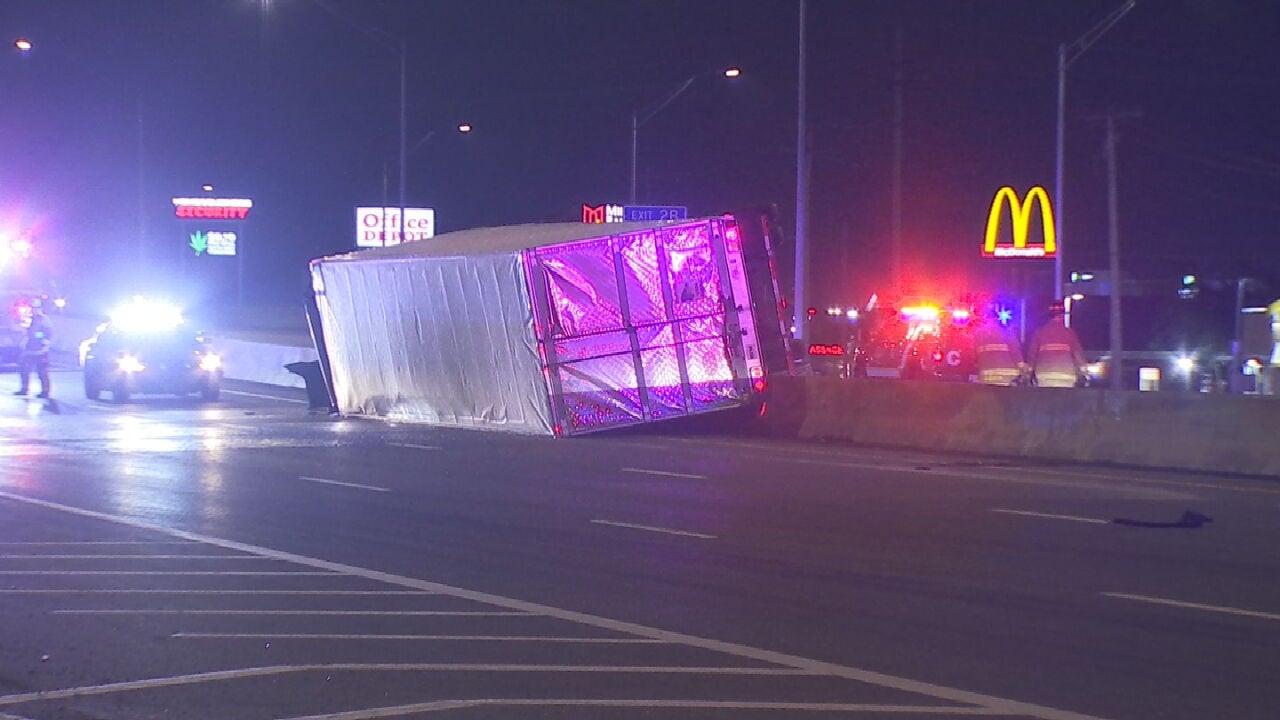 The Oklahoma Highway Patrol is cleaning up after a semi-rollover involving two other cars near I-240 and Western.

Troopers say one of those drivers fell asleep at the wheel and was hit by the other. Both of those drivers made it out of their vehicles before the semi struck the first car and toppled. OHP says no one was injured.

Both Eastbound and the inside Westbound lanes of 240 will be shut down for several hours for clean-up.