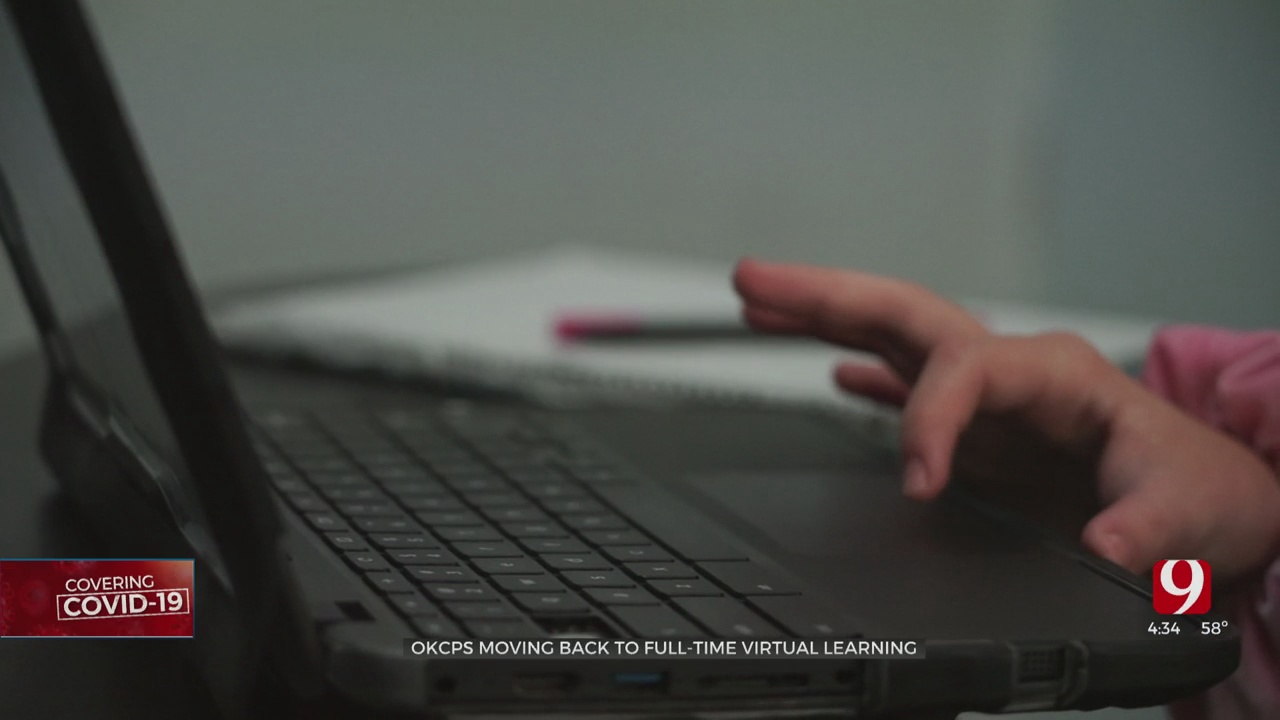 Just one week after returning to the classroom, Oklahoma City Public Schools announced they're moving back to full-time virtual learning.

The decision was made after Oklahoma County moved into the red level on the Oklahoma State Department of Education's alert map.

“As we continue to monitor the numbers we've received word very recently that our number has moved into the red category,” said Sean McDaniel, Oklahoma City Public Schools superintendent.

According to the state's board of education safety protocols, a county moves into the red alert level once there are 50 or more positive cases per 100,000 people. Today, the Oklahoma State Department of Health says there's are over 67 cases per 100,000 in Oklahoma County. We were at just over 30 cases last week.

“There are going to be many counties in Oklahoma that now move from their orange 2 level, red levels,” said Dr. Dale Bratzler, OU Health chief COVID officer.

“Not only are we moving next week back to a virtual remote setting, we will be staying in that virtual setting for the remainder of the semester which goes through December 18,” said McDaniel.

District officials said outdoor fall sports can be completed, but winter sports are postponed immediately and until further notice. Visitation to any school buildings will also be by appointment only.

Bratzler said he's not surprised by this decision based on the recent numbers.

“If we don't start slowing the spread of this virus in Oklahoma, I think we're going to have to back to mediation strategies,” said Bratzler. “Where we do things like close down schools.”

The district hasn't released any plans for the start of the spring semester.