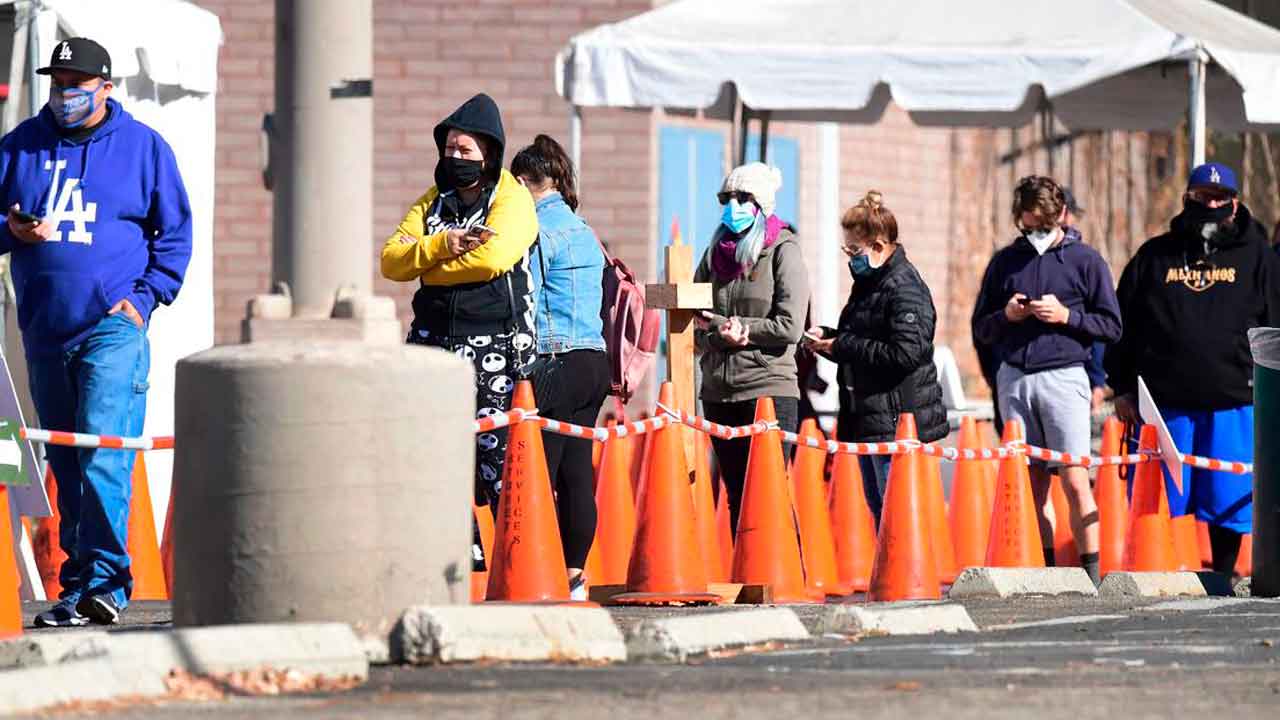 California surpassed 1 million cases of COVID-19 on Thursday, according to Johns Hopkins University. The state is only the second to do so, after Texas marked the grim milestone on Tuesday.

Infectious disease expert Dr. John Swartzberg said on Thursday that the state is headed for "a very dark winter," and criticized people for not wearing masks or not following social distancing guidelines.

"We're projected to have another 160,000 dead Americans if people just continue to wear the masks the same rate they're wearing them, the social distancing just like they're doing now," he said, according to CBS Los Angeles.

The hardest hit area appears to be Southern California, where 10 counties are seeing substantial to widespread amount of cases, according to the state. Los Angeles makes up the majority of confirmed cases, according to Johns Hopkins, with nearly 330,500 infections. In Orange County, which is home to Disneyland, there are 63,460 cumulative cases of COVID-19, according to officials.

Frank Kim, the county executive officer for Orange County, said on Thursday that his "biggest worry" is not even the recent rise of cases in the region, but the quickly approaching holiday season, CBS Los Angeles reported.

"Most people nationally have been forecasting the worst of COVID is coming," he said. "... I'm concerned. You can't ignore that trend."

"Your actions could literally save lives," he added.

The U.S. has seen an alarming increase in new daily cases over the past 12 days, according to Johns Hopkins. All but five states are reporting increased daily numbers, and 39 states have seen increases in daily deaths.

Health officials and organizations have urged Americans to refrain from forming large gatherings and traveling throughout the holiday season to help curb the spread of coronavirus.

On Thursday, the Centers for Disease Control and Prevention put out guidelines on how to celebrate Thanksgiving, urging people to limit the number of people at meals and for people who do attend to take their food and dishes.

"We have a big pool of money out there that we could borrow, at historic low interest rates by the federal government," he said. "We could pay for a package right now to cover all of the lost wages for individual workers, losses to small companies and medium-sized companies, for cities, states, county governments."