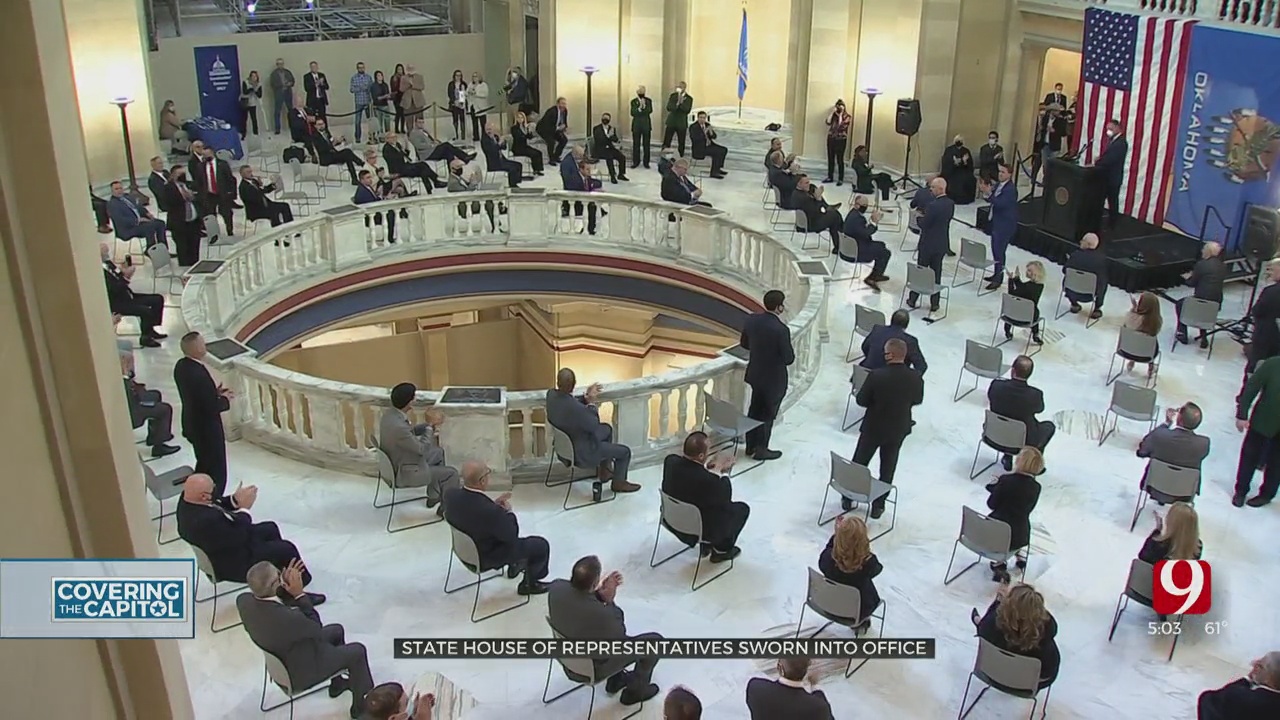 Plenty of pomp and circumstance Wednesday at the state Capitol as members of the House of Representatives were sworn in, but they don’t expect that feeling to last long.

COVID-19 is expected to have a huge impact on the state budget next year. Tax revenue is down, especially from the oil and gas industry, and expenses are up; that includes a Medicaid expansion program that is expected to cost the state an additional $160 million a year.

“It will be a short lived celebration,” Rep. Collin Walke, D-Oklahoma City, said of the swearing in ceremony. “Next session will be extremely difficult with the budget crisis I expect we will have as a result of the downturn in the economy from COVID.”

“Today, as you said, is ceremonial. We go to work tomorrow and start working on the challenges that we know we’re going to face this next year,” state Speaker of the House Charles McCall said.

In 2017, the state faced a $1 billion budget shortfall. Talk in the hallways of the Capitol is that Oklahoma could exceed that deficit.

He says there’s still plenty of fat to cut, and legislators had better start sharpening their budget knives.

“We never have done a very good job in cutting because we’ve never looked at the real issues and we’ve got a lot of jobs that are really really waste, and we’re paying lots of people really huge salaries,” Humphrey said. “I’m a Republican and they always swear less government. Maybe it’s time we start practicing what we preach.”