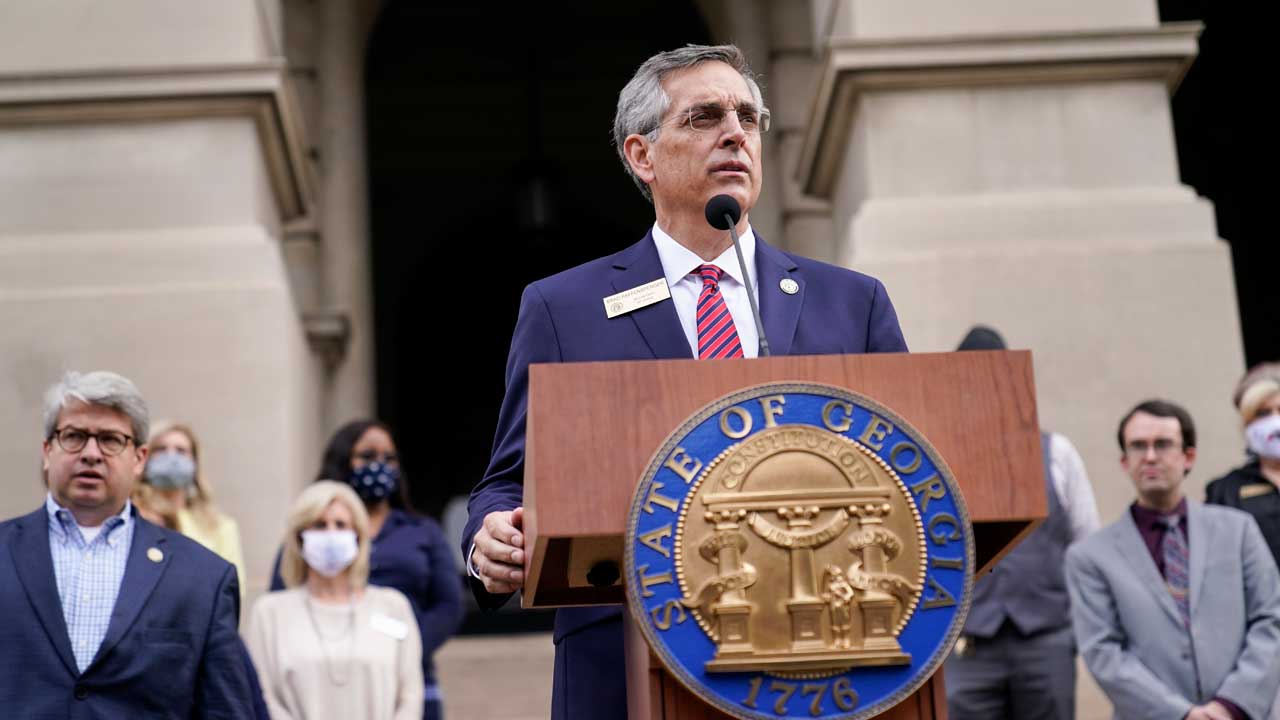 Georgia Secretary of State Brad Raffensperger announced Wednesday his state will conduct a manual hand recount of all ballots cast in the presidential race in the state, as he faces growing pressure from fellow Georgia Republicans over unsubstantiated accusations of voting irregularities and mismanagement of the state's elections.

"This will help build confidence. It will be an audit, a recount and a recanvass all at once," Raffensperger said at a press conference. "It will be a heavy lift."

He said the presidential contest will undergo a risk-limiting audit, which requires a full by-hand recount in each of Georgia's 159 counties.

Ninety-seven counties in the state have sent in final numbers to the state, Raffensperger said, and the current margin of votes between President-elect Biden and President Trump is 14,111. He vowed that his office has been investigating, and will continue to investigate, all instances of voting irregularities.

"Every legal vote will count," he said.

Raffensperger was joined at the press conference Wednesday by elections directors from across the state, and he praised them for their work ensuring all legal votes are counted.

"They executed their responsibilities and they did their job." he said. "This is a process. It is a process defined by law."

CBS News still considers the presidential race in the state too close to call. Raffensperger predicted last week that because of the tight vote margins between Mr. Biden and Mr. Trump, the race would head to a recount.

Raffensperger's latest announcement comes after the Trump campaign and Georgia Republican Party sent him a letter on Tuesday requesting a manual hand recount of all ballots cast in the state before it certifies its results. In its letter to the secretary of state, the Republicans allege voting discrepancies and statewide errors, though they did not cite specific evidence of such irregularities.

But Raffensperger rejected the suggestion the hand recount was coming because of the demand from the Trump campaign, telling reporters "it's really what makes the most sense with the national significance of this race and the closeness of this race."

Raffensperger, a Republican, has come under increasing scrutiny from fellow GOP officials in his state, which is also set to take center stage as control of the Senate will be determined by runoff elections set for January 5.

On Monday, Senators Kelly Loeffler and David Perdue, whose respective races are each heading to a runoff, called on Raffensperger to resign because of "mismanagement and lack of transparency," though they did not cite examples of the alleged mismanagement.

Raffensperger, however, rejected their calls to step down, saying in a statement "the voters of Georgia hired me, and the voters will be the one to fire me." He also suggested the two GOP senators shift their focus to retaining control of the Senate.