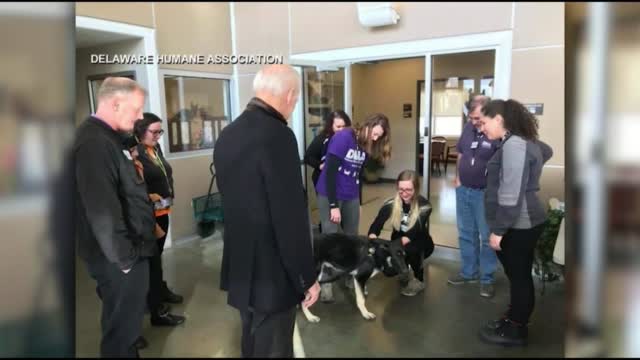 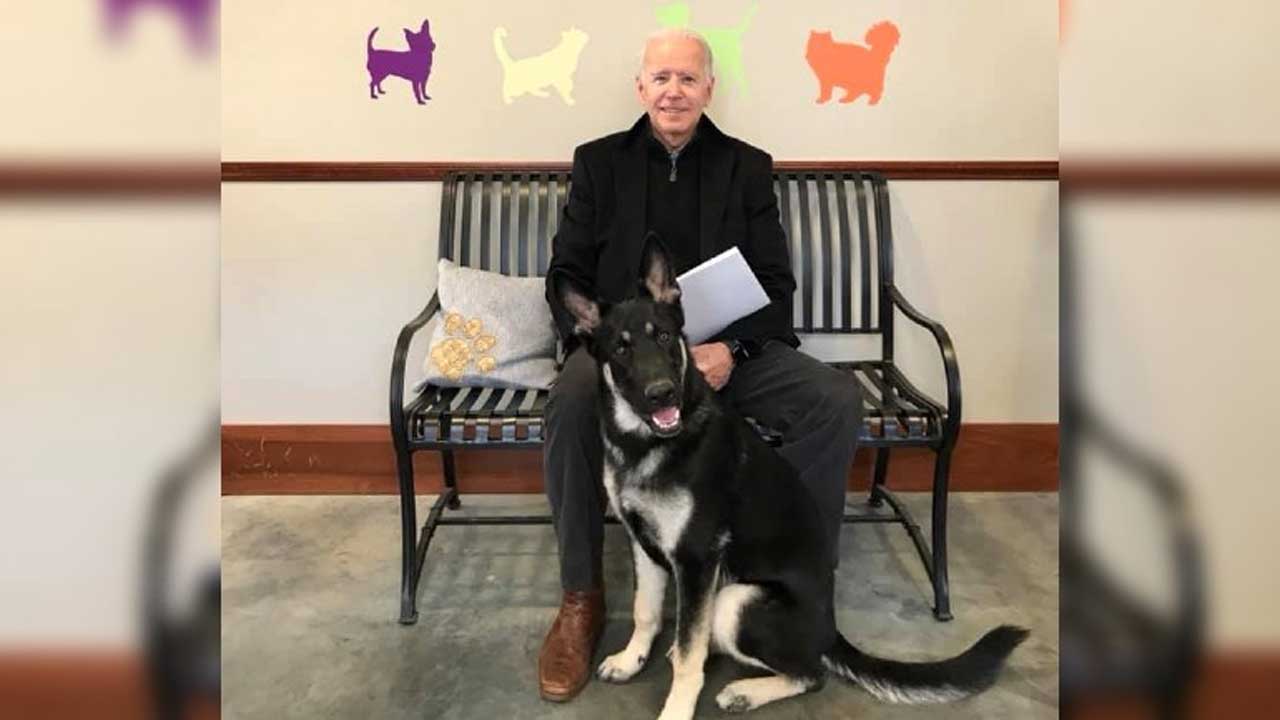 When President-elect Joe Biden moves into the White House in January, he will bring his two German shepherds, Champ and Major — the latter becoming the first shelter pet to reside there.

Andrew Hager, director at the Presidential Pet Museum, told CBS News on Monday that Major would be the first dog in the White House that "directly came from an animal rescue." Before Mr. Biden, President Lyndon B. Johnson was the most recent commander in chief to have a rescue animal in the White House; but his dog, Yuki was a lost pet that was given as a gift from Johnson's daughter to him.

Mr. Biden adopted Major two years ago from the Delaware Humane Association, an animal shelter in Wilmington, after his daughter Ashley came across a social media post about a litter of puppies — including Major — that consumed toxic material, the Review reported. Mr. Biden first fostered Major and later took him in officially.

Cory Topel, a marketing manager at Delaware Humane Association, told CBS News that she remembers Major as a smart, curious and affectionate "sweetheart."

"Having played a part in Major Biden's story is an honor. This is what we strive for when animals come into our care: to help them find their happy ending," Topel said.

Now, Major and Champ have been featured in some of Mr. Biden's social media posts and ads as the former vice president campaigned for the highest office in the U.S. Mr. Biden also used his dogs as a way to distinguish himself from President Trump, who notably decided to forgo the long-running White House tradition of owning a pet while in office. Mr. Biden's German shepherds also have a rapidly growing Twitter account.

🐾 Hello America! Hello world! It’s us, Champ and Major. We are the Bidens’ family puppers and First Dogs Elect(s) of USA. We want to thank you all for your suppawrt by sharing our pawsidential adventures here! Woof! Woof! 🐶🇺🇸🐕 pic.twitter.com/J46aiXKVFW

Champ, on the other hand, was reportedly gifted to Mr. Biden after the 2008 election and came from a breeder. Hager said he believes Major represents the rise of the "adopt, don't shop" movement in the U.S.

"You often see American ideas about animals reflected in the pets of the presidents," he told CBS News. "In the early days, animals were primarily for working, like horses or hunting dogs. Around the turn of the 20th century, animal ownership became more about companionship. You can also see the exotic animals in the early 20th century, before local ordinance prohibited such things."

Jennifer Pickens, an author and historian on White House traditions, noted the political benefits of presidents having pets while in office.

"Pets have played an important role in the White House throughout the decades, not only by providing companionship to the presidents and their families, but also by humanizing and softening their political images," she told CBS News.

German shepherds were already one of the most popular breeds in America, ranking second in the American Kennel Club's latest annual survey. When the German shepherds take residence in the White House, Pickens believes the breed's popularity will increase just like former president Barack Obama's Portuguese water dogs, Bo and Sunny.

She said Major and Champ will help continue a "welcoming" tradition at the White House.

"President George W. Bush and first lady Laura Bush's pets were true ambassadors of the White House, appearing on Christmas cards, as tour guides, and even participating alongside children in the Easter Egg Roll," she said. "The first lady recognized their pets as a means to create a more welcoming environment to the White House and increase interest and visitation. Major and Champ Biden will no doubt carry on their predecessors' examples of fostering a welcoming environment to the first family's home, which will be wonderful to see."

Topel hopes the spotlight on Major raises attention to the work animal shelters do around the country.

"Major showcases the power of possibility for rescue animals everywhere: how a shelter dog, fighting for his life, can end up as the nation's First Dog Elect," Topel told CBS News. "Our sincere hope is that with a shelter pup like Major headed to the White House, more people will consider pet adoption and support animal shelters. Adopt, don't shop!"

The canine additions would mark a return of presidential pets to 1600 Pennsylvania Ave. Mr. Trump is the first president in more than a century to not own a pet during a presidency. He explained to supporters in a rally last year that he would want one, but said he didn't "have any time," and walking a dog on the White House lawn felt "phony" to him.